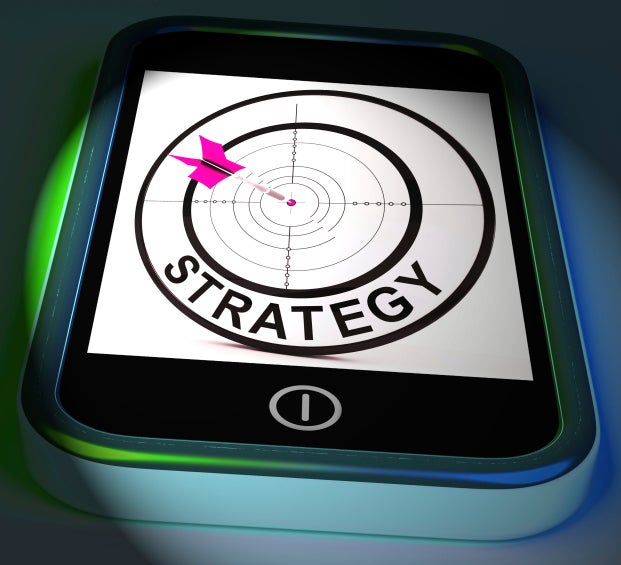 As part of its new platforms and productivity strategy, Microsoft is bringing services and applications to platforms like OS X, iOS and Android — sometimes before they come to Windows devices. Windows loyalists claim chasing users at the expense of Microsoft’s own platform gives them little incentive to stick by. But, in fact, Microsoft is using what it does on other platforms to advertise Windows and Windows Phone.

The “death of the PC” may have been exaggerated, but it no longer rules the roost, even in the enterprise. Tablets aren’t only popular with employees browsing the Web or reading documents; in areas like point-of-sale systems, they’re beginning to replace some embedded systems. Even with the popularity of the MacBook Air, OS X still has only a very small share of the business desktop and notebook market. And as CEO Satya Nadella pointed out at the Microsoft partner conference this past summer, when you count mobile devices like iPads and smartphones, Windows now only accounts for 14 percent of the market.

That’s why Sway — Microsoft’s new authoring tool for building pages that are somewhere between a responsive website, a mobile app and a PowerPoint deck — is available first as a Web service and an iPhone app, with other devices supported later. Windows may have the full desktop Office with applications like Outlook and OneNote clearly playing catch-up on the Mac, but the touch version of Office planned for Windows that Microsoft first showed in 2013 is already available on the iPad and soon on Android tablets. Windows tablets won’t have the touch Office until 2015.

The first version of the Office bundle was done for the Mac and not Windows. Bill [Gates] was pretty clear. Look, we have an apps business, we have a platform business. If our apps business is to be successful, it’s got to be great everywhere. We do unique on apps, people will look for our platform and the flywheel will go. We are sort of back to those roots.” Jeff Teper

When features in Microsoft’s own apps for Windows Phone fall behind iOS and Android, it’s sometimes a reflection of the size of the market and sometimes because the other mobile operating systems have support for building those features first. Another problem is that many of those apps are built into the Microsoft mobile platform and can only be updated when the carriers approve a phone update, which is why Word documents on Android can look better than Word documents on Windows Phone. It’s a lesson Microsoft has learned, and fewer apps will be locked in to the OS in the future.

[ Related: Hands On With Office for Android Preview: The Productivity Magic’s Still There ]

But those issues don’t apply on the PC. Is Microsoft bowing to the inevitable and letting Windows fall behind? Actually, the plan is rather more nuanced than that, according to comments made at the recent UBS Global Technology Conference by head of corporate strategy Jeff Teper.

Microsoft is not building apps for iOS and Android because that’s the only way to reach users. Rather, these apps are steppingstones to being relevant in a world where people routinely use several different devices, according to Teper. “Mobility is the mobility of the user across all devices and not just necessarily our mobile platform,” he says.

Microsoft isn’t just acknowledging the reality in business today; it’s trying to take advantage of it. The number of iPads showing up in the enterprise meant putting Office on them was vital, to stop businesses from turning to services like Box that provide high-quality document viewers to make their cloud storage more useful. “We really want to make sure the billions of Office users can get access to their content anywhere they go,” Teper says.

But building for other platforms is also a way for Microsoft to show people what it can do. “Let’s get people to love our products, and that will pull them back to our platform,” he says.

The popularity of Office for iPad, runs this argument, will spark interest in Windows phones and tablets. “I think if somebody has a Windows PC and an iPhone and they love our software, when they go buy their next PC, tablet or phone they’re going to say, ‘You know, the new version of Office is amazing; I love it.’ Or, ‘The new version of Skype: wow. They’ve done some unique things on the Surface [tablet], on the Lumia phone–let me think about that,’” Teper says.

It’s not a new strategy, Teper points out. Excel was a Mac application long before Windows became popular, and the Windows version of Word didn’t catch up with the Mac release for many years. “The first version of the Office bundle was done for the Mac and not Windows. Bill [Gates] was pretty clear. Look, we have an apps business, we have a platform business. If our apps business is to be successful, it’s got to be great everywhere,” he says. “We do unique on apps, people will look for our platform and the flywheel will go. We are sort of back to those roots.”

It’s interesting to note that Gates is again involved in product road maps and reviews at Microsoft, which Teper says is improving product quality, too. “As Satya has said, nobody makes you bring your A-game like a meeting with Bill. He may not always be right on everything . . . but, boy, you go into that meeting having thought things through. Even if it never comes up in the meeting, technical work, business work has been done with so much rigor, because he motivates us all to excel.”

Teper points to Surface Pro 3 as an example of the appealing things Microsoft can do with its platform. “It took us a bit to figure out the right form factor and positioning, but this positioning of the tablet that can replace your laptop that has unique things that the other platforms don’t have, like the pen integration with OneNote and so forth, I think is the model. So killer apps available on any platform and then ultimately the flywheel of platform differentiation will happen again.”

Big on the Back End

Appealing directly to the user isn’t the only chance Microsoft has of increasing Windows adoption on phones and tablets, suggests Nicholas McQuire, head of enterprise research at CCS Insight. He points to increasing momentum for Microsoft in the enterprise over the last six to nine months, especially in the European market. The opportunity comes as much from gaps left by the competition as from Microsoft’s own capabilities.

The concern around Android continues to be security. “iOS is already in the enterprise, and three years on, Android has quietly gone into the enteprise, largely from an email point of view, but there are still large question marks around Android,” McQuire says. “We’ve seen a tremendous amount of high-profile malware and security breaches that have hit global organizations. Whether they’re real or not isn’t the question; there are still a lot of concerns around security and that is being filtered into the Android discussion. Google has some work to do to ease the security fears around Android in the enterprise.”

For iOS devices, the question is one of price: “Organizations are looking for an alternative to their dependence on iOS from a cost point of view, and that’s an opportunity Microsoft can grab. [With Windows] you can deploy multiple devices for the cost of one [iOS device],” McQuire says.

Perhaps more significantly, McQuire sees enterprises considering which devices to adopt based, not just on the public apps available, but on the ease of developing their own apps and connecting those to business systems. “We’re starting to see companies look a lot more architecturally at selecting devices. It’s not just what apps are available but what [companies] can custom develop, where the devices connect into their back-end systems, and how successfully and securely those devices can connect into the back-end systems,” he says.

Ease of development and integration could be a major deciding factor for businesses. “Organizational experience with apps and tying apps into back-end systems is a big, big challenge for companies in the next couple of years,” McQuire says. “Many companies are really taken aback by the challenges that are going to hit them from the back-end architecture point of view. That’s an environment where the tools and systems Microsoft has in place and the services they’re launching will be valuable.”

For businesses developing cross-platform apps, he pointed at the importance of Xamarin and .NET. That’s an angle Microsoft has been quietly pushing with system integrators and app development houses that work with businesses, and the new, free version of its Visual Studio Community IDE can only help there.

“Apple has done this for years,” McQuire points out. “Apple has done the outreach to organizations and taught them how to develop for the Apple SDK. Google has not done any of that, nor have the OEMs around Android, to teach them how to go native and build to that platform. Microsoft is doing that now.”