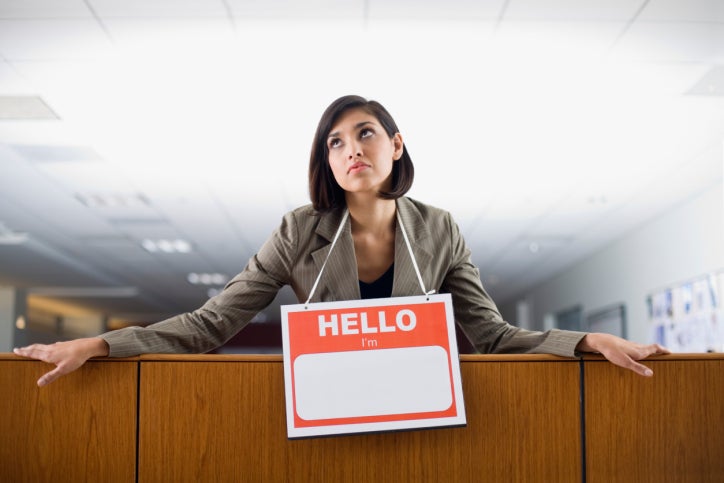 Do you know the name of the marketing associate handling targeted email campaigns with Marketo? How about the name of the human resources assistant with the Workday account?

CIOs can ill afford to hide in their offices these days. They need to be where technology is being used — that is, inside marketing, human resources, finance, sales and other departments. Truth is, CIOs and IT staff are the new internal technology consultants, which means they need to become sales smart and people savvy.

A big part of salesmanship is being able to remember people’s names. Unfortunately, most people are terrible at names, especially introverted techies. When you have a habit of forgetting names, you tend not to want to be around people. The underlying message is that you don’t care enough to remember their names.

No Other Name Sounds as Sweet

“A principle that Dale Carnegie put down many years ago that still applies today is that a person’s name is to that person the sweetest and most important sound in any language,” says Piera Palazzolo, senior vice president of marketing at Dale Carnegie Training.

[Related: How to Be the CIO of Tomorrow]

But there are tricks to remembering and recalling names that play to the strengths of a techie’s problem-solving mind. A full-proof technique for remembering names is to associate the name with an image.

Here’s how Palazzolo would remember my first name, Tom: Upon meeting me, she would repeat the name in her head the moment she heard it. Then she would associate my name with a well-known character, such as the cat from the cartoon series Tom and Jerry. (If the person’s name is unusual like her name, Piera, then the default is to associate the name with something that sounds similar, such as the famous Italian clown character, Pierrott.)

Next, Palazzolo would conjure up an image of Tom-the-cat running around a bunch of PCs, since I’m a tech reporter frantically trying to hit my deadline. If Palazzolo learned that I like skiing, she would add skis to Tom-the-cat. It’s important to make the image about the person whose name you’re trying to remember, she says, both professionally and personally.

“The more exaggerated the image, the more unusual, the more likely you’ll remember it,” Palazzolo says. “You should repeat that image and the name in your mind so that it sticks with you,” as well as describe the image in the notes section of your contacts app.

Let’s say the CIO has an initial meeting with the marketing team — a half-dozen people. Over the course of the hour-long meeting, the CIO will have to conjure up images, associate them with names, add to those images and repeat the names and images of each individual before the meeting ends.

“The first time, you may remember three out of five,” Palazzolo says. “But the more you practice this, the faster the images come to you.”

While all of this seems like a lot of work, it’s worth it.

“When you’re a little shy or introverted, you tend to get anxious when you meet new people, and when you can’t remember their names, you feel overly stressed and it’s even more difficult to start conversations,” Palazzolo says. “The name is a way to begin an open, warm dialogue with someone. When you have that type of engagement, when you’re able to show that you care about them, then it makes the working relationship so much easier.”