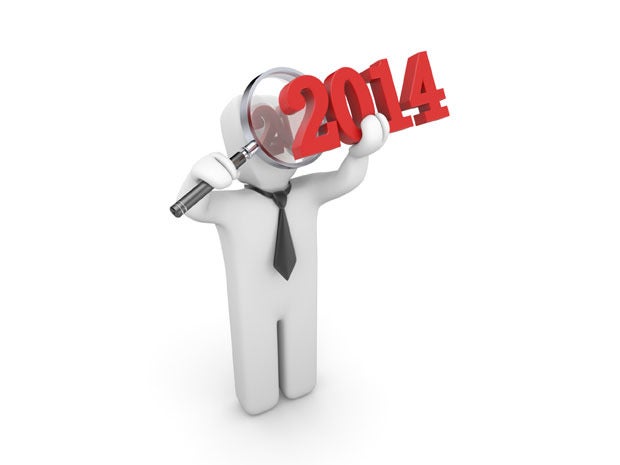 Around this time last year, CIO.com and its outsourcing experts made some wide-ranging predictions for IT services. We said this would be the year that robots began taking over IT service jobs. (Not exactly.) We said that a new hybrid offshoring model would gain favor. (It did.) And we predicted the mass repatriation of work from third parties back onshore or in-house. (That didn’t happen.)

We revisited all of our prognostications from last year and found that this year a record number of five were right on target, two were off base and three were just beginning to take shape at year-end. As we pull together our 2014 forecast for 2015, here’s how those 2013 predictions for 2014 turned out.

A hybrid model, combining insourced and outsourced offshore services, did in fact gain attention as an alternative to pure-play offshoring. “We saw many of our media, financial and life sciences clients make greater use of hybrid models,” says Atul Vashistha, CEO of offshoring consultancy Neo Group. “As companies grow and mature their governance skills, more companies are able to take advantage of hybrid models. Adam Strichman, founder of outsourcing consultancy Sanda Partners spent the year evaluating hybrid such methodologies. “These models rock — and for good reason,” Strichman says. “They are the final realization of the “vision” outsourcing promised so long ago.

Having given third-parties a shot managing their multisourced environments in recent years, CIOs did begin to take on service integration themselves. “Service integration and vendor management emerged as a top priority in 2014 as enterprises have focused on driving enhanced value from sourcing arrangements that have been under-optimized for years,” says Craig Nelson, managing director at outsourcing consultancy Alsbridge.

“CIOs have recognized that their managed services arrangements and their overall governance structures are seriously fragmented, and that this fragmentation results in value erosion. In response they’ve sought to optimize their internal organizational structures and to enhance their ability to manage their providers to meet their contractual obligations.” “If you want an optimized IT service delivery model where you can ‘plug and play’ insourced services, outsourced services, out-tasked functions, and cloud-based point solutions, then a robust, internally retained ITSM layer is needed as the ‘middleware,'” adds Andy Sealock, partner with outsourcing consultancy Pace Harmon.

[ Related: Are Managed Services the ‘Holy Grail’ for App Outsourcing? ]

“We have indeed seen an increase in the ‘coaching model’ or ‘light-touch’ third-party advisory for veteran outsourcing customers who are on version 3.0 or beyond,” says Chip Wagner, CEO of Alsbridge. “Right: At the same time, recasting an old deal in a renewal and injecting a multisourced ecosystem with selective repatriation is not for the uninitiated or inexperienced.”

Strichman who has been offering “light touch” services for five years was fielding more requests for his services last year. “The on-call consulting model is nothing new, but 2014 marked the first time I ran into more consultants utilizing this model than not,” he says.

Multisourcing did continue to be the name of the game. “Mega deals have gone the way of the dodo,” says Strichman. “Some consulting firms still push them, some vendors still push them, but clients are too smart for that now — and rightfully so.”

[ Related: How to Tame Social, Mobile, Analytics and Cloud Multisourcing ]

This was a bit of a gimme. With increased multisourcing among global service providers, managing the whole thing was bound to get trickier. “Governing outsourced services as a portfolio, with consistent metrics, reports, and performance management frameworks, has not yet become a mature business process,” says Pace Harmon partner Marc Tanowitz. “We believe the growth of the hybrid delivery model will present real career opportunities for governance professionals to advance within the enterprise and as such will allow enterprises to begin to attract, develop and retain this talent.”

“Risk — both of the supplier and the geography where the supplier’s delivery operation resides — has tremendously complicated the governance environment,” adds Vashistha of Neo Group.

And there’s little talent in the pipeline to help in the near term. “This area screams for talent and there is none forthcoming from industry or the universities,” says Wagner of Alsbridge. “Specialized degrees are just beginning to produce young graduates looking for roles. In the meantime, limping along with band aid applications is one alternative, and the other choice is looking at full-service outsourced vendor management.”

1. An Increase in Insourcing

We predicted that as much as a third of IT being outsourced would be brought back in-house. That didn’t happen. “Buyers continued to re-evaluate the scope of their provider-based solution as well as the delivery model,” says Tanowitz. “While typically we have not seen a full retrenchment form outsourcing — and in some areas it is increasingly the default delivery model — we have seen an increased refinement of scope and an investment in hybrid delivery models to optimize rule-based business processes with outsourced resources and deliver more strategic or judgment-based processed with internal resources. Adds Peter Bendor-Samuel, CEO of outsourcing consultancy Everest Group: “The rumors of the mass repatriation of work from third parties back onshore or into captives has been greatly exaggerated.”

There has been an increased focus on operating level agreements to cause different suppliers to work together in the interests of the shared client,” explains Joshua B. Konvisser, partner with law firm Pillsbury Winthrop Shaw Pittman. “Unfortunately, the supplier community has, to date, been resistant to meaningful agreements for cooperation.”

Governance is perhaps more art than it is words within a contract,” adds Tanowitz. “We believe that inter-provider cooperation will be driven throughout the enterprise through outsourcing centers of excellence that ensure common metrics, reporting, and performance management frameworks across all services.”

1. The Rise of the Machines

It turned out that the impact of robotics and artificial intelligence in the outsourcing space just began to take shape this year. “Automation and orchestration of IT service management processes, particularly in data center operations, service desk, and end-user services, are continuing to evolve and generate significant value for customers and increase the potential to differentiate among service providers,” says Sealock of Pace Harmon. “However, mainstream commercial offerings actually being adopted by paying clients for enterprise IT fall far short of any grandiose “rise of the robot” visions.” Automation is taking the form of more sophisticated tools and programs that run, monitor and provide alerts on the myriad of activities within data centers that can headcount requirements.

“We’ve actually seen less adoption of autonomics solutions in outsourcing deals than we might have expected,” says Jeff Augustin, managing director at Alsbridge. “Until recently, clients haven’t been particularly adamant in demanding autonomics solutions from their providers, and most providers have been relatively slow to adopt. That said, we are seeing early adopter deals that are already having an impact on pricing.”

“As an industry, we were way over our skis on this prediction,” adds Bendor-Samuel of Everest Group. “Although it shows promise, it has yet to be a adopted at scale.”

2. The Cloud Gets Grounded

We predicted that companies will be able to perform apples-to-apples comparisons of different cloud options, as well as comparisons of cloud versus traditional solutions. It’s true that “clients have in fact become more mature and pragmatic regarding cloud-based delivery,” says Katharine Rudd, a managing director at Alsbridge. But the cloud evolution has only just begun. “While clients have become expert at building cost-plus models in traditional service environments, there still aren’t any really good cloud-cost models,” says Vashistha of Neo Group. The only real lever a client can pull to reduce the cost of a cloud service is to rebid it, since the client doesn’t have visibility into the cost components. Similarly, providers of cloud services haven’t been particularly motivated to standardize offerings to help clients compare. Expect this trend to take a few more years to develop.”

[ Related: 5 Tips for Transforming Enterprise IT Towers Into Cloud Services ]

India Inc. made its bones on application development and business process outsourcing, but in 2014 they did begin to win more infrastructure deals. “I am seeing Indian suppliers who would not have even been on the RFP list a couple years ago walk away with some of the few mega deals that are left,” says Konvisser. “Now it will be interesting to see if they can deliver on the promise.”

[ Related: Are Rival Partnerships the Future of IT Outsourcing? ]

The explosive growth of HCL’s and TCS’s infrastructure business validates this prediction, says Bendor-Samuel of Everest Group. However, Wagner of Alsbridge argues that “cloud and co-location providers are investing billions in Giga scale infrastructure plays that make previous scale investments look like chump change. The infrastructure landscape is increasingly dominated by new players such as Amazon, Google, Microsoft and Verizon — and even by smaller players like Rackspace.”