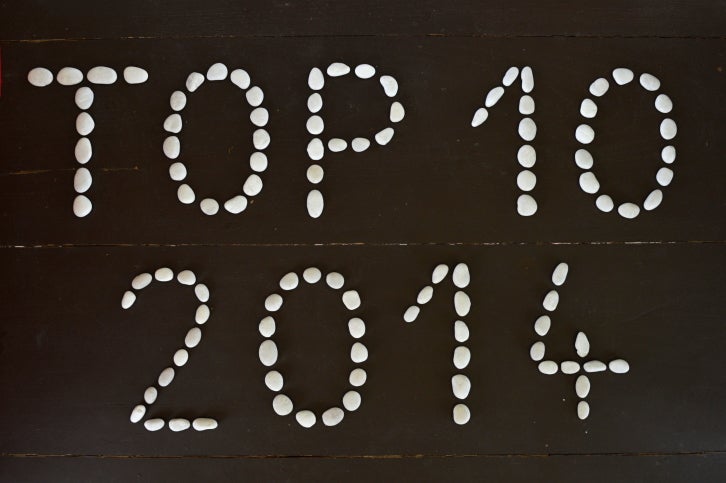 2014 was an amazing year for technology. The PC came roaring back with a vengeance and education started to move to thin client devices. Artificial intelligence companies started to pop up more broadly and we started to see the scary potential for being up to our armpits in robots.   Let’s talk about some of the highs and lows as we approach year end.

2014 was an amazing year for technology. The PC came roaring back with a vengeance and education started to move to thin client devices. Artificial intelligence companies started to pop up more broadly and we started to see the scary potential for being up to our armpits in robots.   Let’s talk about some of the highs and lows as we approach year-end.

Largely thanks to Google not husbanding its Google Glass products better, this offering was seen more as a way to get beat up at bars than something folks wanted to buy and use. Showcasing that testing a product live in market is really dangerous.

PCs Came Back with a Vengeance

After years of seemingly being in decline, PCs came back in 2014 with a vengeance as buyers decided the last tablet they bought was good enough and the last laptop or PC they bought wasn’t good enough. Tablet growth slowed and PC growth ramped up strongly making 2014 feel a lot more like 1995 in terms of volume and interest.

A number of firms replaced business-focused CEOs with subject matter expert CEOs. The result was that these firms started to perform far better and these changes were seen as one of the primary reasons for PC and technology market health in general.

We started to see our first truly blended attacks on companies with Sony being hit by both a massive theft of technology and now being threatened with a 911-like physical attack.   This has resulted in the more aggressive use of a new class of software (that was actually created as a result of the Heartbleed bug) called SecOps connecting security and IT.   This is resulting in far faster response times to blended attacks.

We really saw an uptick of these technologies this year and ironically, at least in talking to Best Buy, the place where these things are selling the most aggressively is in education not in homes. They are used so that students can learn how to create things and get ahead of the technology wave in K-12. I don’t think I can recall education getting ahead of a technology wave like this before.

A number of technology companies went private this year and all are reporting massive improvements in focus, agility and in profitability as a result. While the transition often seemed impossible and clearly was distracting while it was occurring the result has been so powerful that it justified the work.   Given the huge focus on technology companies going public, the going private trend suggests a counter trend emerged this year.

A number of companies which focus on artificial intelligence got to critical mass in 2014 and they are distinctly differentiated. There apparently is a pool of venture funding focused on helping these firms, but a variety of engineers and scientists starting warning about these efforts getting out of hand. A lot of fingers were pointed at Google as the firm more likely to do something really foolish because it likes to test in the wild.

Largely driven by Apple Pay, NFC suddenly became real and people started to actually use this technology, which had been enabled in many stores for years. This created some problems with the providers because activity ramped far more quickly than the systems were tested to handle and there were a number of failures. None of which were enough to even slow adoption, however a lack of cooperation between solution providers did create issues in entire chains where NFC was enabled but wouldn’t work with Apple’s offering by choice.

One of the interesting changes that happened in 2014 is that the firms that supply operating systems, components and complete solutions reported that they were all working far better together with one exception — Google with the OEMs which reportedly continues to be strained (I think largely because there is no revenue relationship between the parties). This goes to the heart as to how much stronger the tech market is at the end of the year than it was at the beginning. It was an amazing year. Next week, I’ll talk about how much more amazing 2015 will be.