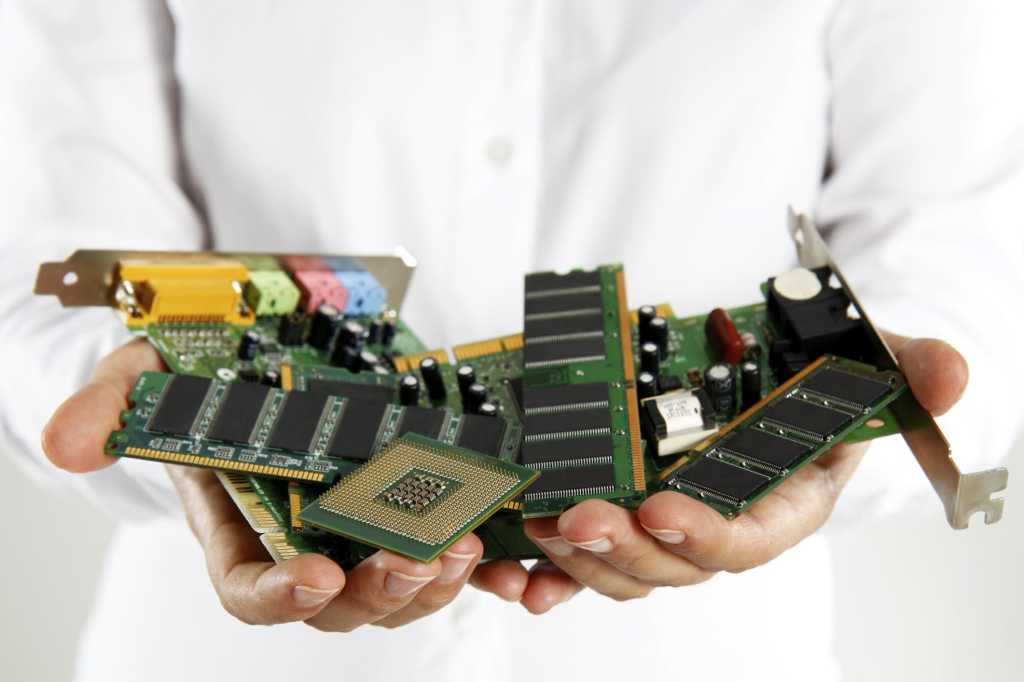 While there are some generalities about what it’s like to work at a startup, each one is unique and will have its own corporate culture, different funding and different managers. However, there is something to be said for that “we are all in this together” feeling.

And some enjoy the fast pace. “For many people, early-stage companies offer an allure and excitement that well-established companies can’t match,” says Bill O’Neil, principal consultant at WinterWyman.

The fact of the matter, according to Robert Half Technology data, is that 8 out of 10 employees prefer the structure and stability of an established organization over the volatility of the startup market [see graphic below].

We hear a lot about startup success stories, but the fact is that most fail. Different statistics put the average failure rates from 40 percent to as high as 90 percent. According to this Wall Street Journal article, 3 out of 4 startups fail.

What does that mean for you? It means you’ve got to do your research and make sure the organization you go with has the best chances of survival. There are risks and rewards to ponder when looking at any early-stage company and different standards you can assess to help determine both.

We asked IT experts to weigh in on what to look for when contemplating going to work for a startup. So whether you’re on the fence or ready to give it your all, here are 11 things to consider before leaving your stable corporate IT job for that hot new startup.

1. Who Are the Founders?

Job seekers first and foremost need to research the organizational founders, according to O’Neil. “Determine if they’ve had previous successes and learn more about their professional backgrounds,” he says. However, he warns not to judge them on their failures alone. “You don’t necessarily need to discount [them because of] a past failure. Many successful entrepreneurs had failed attempts before success.”

Use Google to track down the leadership team. Study their Web presence on sites like LinkedIn, Google+ and Twitter. “Pay special attention to the past companies where they’ve worked, their industry expertise and educations, and any awards they’ve won or publications they’ve been featured in. All can help attest to their future success probability,” says O’Neil.

Ryan Urban, CEO of Bounce Exchange, adds, “Go Google the co-founders and find a few videos of them speaking. Do they seem like ‘non-genuine a-holes,’ or do they look like someone you would definitely grab lunch or drinks with and have a good time?”

If you have access to communicate with the founders directly, CompTIA President and CEO Todd Thibodeaux advises: “Ask the founders what their goals are for the startup. Do they want to create a world-famous brand? Take the company public? Sell out to the first deep-pocket big fish that comes along? Each of these outcomes—and many other end games—will impact you in different ways, financially and professionally.”

Startups plow through money, according to an article from Business Insider. “You might be surprised to learn how fast a startup can burn through cash before revenues start flowing in,” says Thibodeaux.

This makes the source of a startup’s money a fundamental indicator of its stability. “Well-known, successful venture capital firms like Sequoia Capital, Bain Capital or Goldman Sachs have strong reputations for their due diligence and investment practices,” says O’Neil.

Is the startup you’re considering aligned with a tier-one venture capital firm? If yes, that means its product has likely gone through some serious screening, and that is a positive sign. “Funding from a brand-name venture capital firm could be an indicator that they survived a serious vetting process and may point to a strong contender in the market,” O’Neil says.

Don’t feel concerned about talking about this upfront, advises Thibodeaux. “It’s not inappropriate to ask where the startup’s funding is coming from and how long it’s expected to last. Cash in the bank is great; vague expectations of funding to come, probably less so. This conversation should cover not only the company’s immediate cash needs but its long-term funding prospects.”

3. Research the Potential Success of the Product or Service

Take a look at the market the startup’s product or service is in. Is that market crowded, like the mobile app development space, for example? Is the company directly competing with other startups or established organizations? How have similar startups fared in the same market?

If the startup has no clear benefit or edge over the market’s existing competition, the company may struggle to find customers. How does it make money with its product or service? What business problem or issue is the company attempting to solve? Many well-liked tech startups have lost their way because they had no way to monetize their traffic.

“It’s great to have the idea and the passion to run a startup, but without customers or markets for what you’re starting up, the company won’t be around for long. Are there competing products or solutions already in the marketplace? If there are, and these products have a strong foothold, how will the startup compete?” says Thibodeaux.

A more important question: Do you truly believe in the product or organizational mission? If the answer is no or you’re not sure, you should probably think again before joining that startup, because meeting ever-shortening deadlines, for slightly less pay, while working long hours can turn into a grind very quickly. Sometimes the only thing that keeps you hanging on is that belief that what you’re doing is truly a game-changer.

“If you’re not passionate about what the company does, then you’re going to burn out quickly. It’s not enough to keep your eye on a potential future financial reward; you need to be fully invested in the purpose of your startup,” says O’Neil.

4. Weigh the Risks and Rewards of Joining an Early Startup

“Joining a startup means different things at different times, and the balance of risk and reward will shift,” O’Neil says. If you are lucky enough to get in early then you will likely have a better opportunity to make a substantial impact along with the potential for greater reward. On the other hand, he warns, earlier is typically riskier.

Coming in later, after certain stages of funding and vetting, will allow you to assume less risk but there may also be less compensation.

5. Self-Examination: Why Do You Want to Work for a Startup?

Self-examination should a big part of this decision-making process. You hear stories of people joining startups in the hopes of earning a big payout, but more recently it seems that candidates are attracted to startups because they foresee having a greater impact and dealing with less bureaucracy, according to O’Neil. “No matter if the company succeeds or fails, you are going to gain an invaluable amount of experience and connections that you can take with you to your next opportunity. Due to the nature of a startup, every role has impact and high visibility.

“Some people thrive in this fast-paced environment and relish the potential success, financial reward, experience and contacts that are gained,” he adds. “To mix clichés, if you like to be a big fish in a little pond, especially a big fish wearing a lot of different hats, then a startup is the right environment for you.”

Startups normally don’t pay more than corporate gigs, but there is typically some promise of future payment. If you aren’t committed to the product or service this startup provides, what’s your motivation for making this move?

7. Watch for Red Flags at the Company

Keep your eyes open when doing your research. Are you replacing someone? How long was that person there? Why did he or she leave? Have there been drastic changes in the company’s strategic vision or line of products and services? These could indicate areas you would do well to investigate further.

“Look closely at shifts or changes in strategic direction rather than in personnel, especially with venture capital involvement. Oftentimes investors insist upon changing staff to make companies stronger,” says O’Neil.

8. Do You Fit Into the Corporate Culture?

Culture is another key indicator of whether you will love or hate this job. Startups are typically known for their long work hours and sense of community. Are these co-workers and leaders people you want to work with 60 hours a week? Is it like a funeral during the workday, or an upbeat place with friendly workers?

Bounce Exchange’s Urban offers this advice: “Schedule your interview after 6 p.m. any day but Friday. Carefully observe the energy, body language and collaboration happening with the non-executive employees. Do people look happy at work and is there a buzz around the office, or is it really quiet and most people have already left, meaning the job is more corporate or your potential peers are not ambitious?”

The culture fit can be tough to ascertain, but thanks to the ever-growing list of tools for researching employers, Glassdoor, for example, you can get inside information from past employees.

Startups are typically fast-paced work environments where employees are encouraged to work as much as possible. That’s what perks like free food, onsite gyms and other recreational items are all about—making it enjoyable to stay. (Urban offers this tip: “Check out the kitchen to see what the comp snacks and beverages look like. You can tell a lot about a startup by their snack selection or lack thereof.”)

These perks are used to create an atmosphere of collaboration and innovation, but ultimately that means more time at the office and less at home. Those who are all about work-life balance might find this aspect troubling.

As each startup is different, so is each startup’s hiring process. Some will be formal, taking place at a table in a conference room. Others, however, might consist of drinks at the bar with the leadership team or at an offsite company get-together.

Even with all these things considered, remember that any amount of due diligence on your part doesn’t guarantee a startup’s success. Startups can and will fail, but like any failure in life, there are lessons to be learned and people who will make the journey special.

O’Neil offers this final advice: “Remember: Even if your company fails, it can be a springboard for future success. You’ll have more diversified experience and make new contacts in the industry and VC world, which will help lead to additional opportunities.”