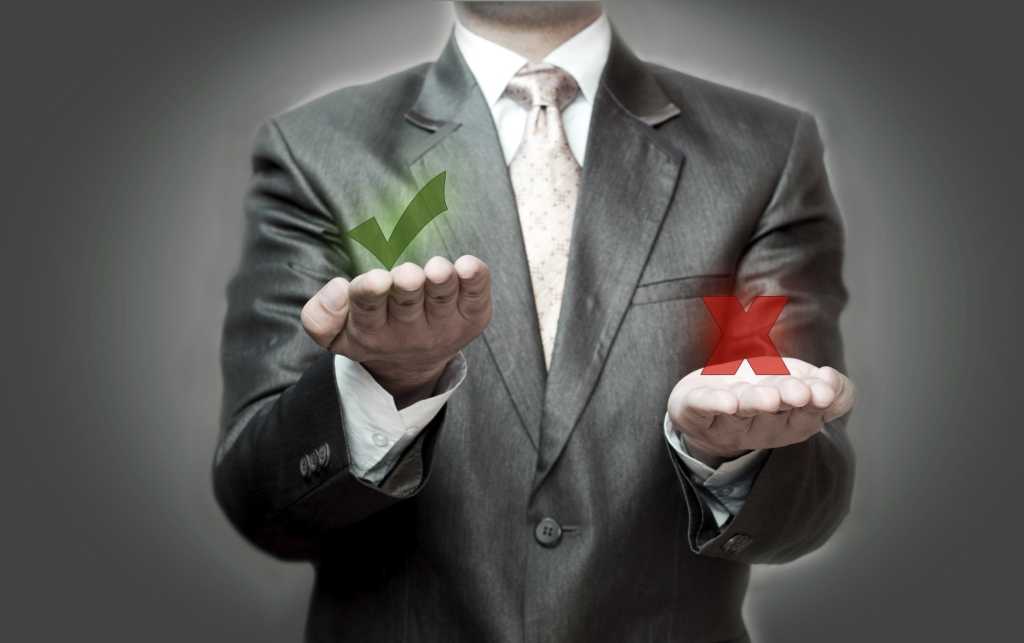 I have been covering technology companies and their practices for 20 years and also been involved in internal audit at IBM, so I’ve learned to recognize red flags. There are a number of practices that can showcase problems that should cause you to look more closely at a vendor and reassess the risk of using them.

[ Related: Why Vendor Commitment Is Important (or Death by Google Glass) ]

Here are three indicators that a vendor is not what it seems and why you should consider them warning signs.

Probably the most famous company for saying one thing and doing another was Apple. Steve Jobs seemed to think the truth didn’t matter and given how successful he was, I’m afraid, at least with regard to the consumer market, he was right. However while consumers typically don’t bet their jobs on Apple products, we do often bet our jobs on the promises that vendors give us.

If we find the vendors we bet our jobs on consistently misrepresent what they plan to do then we can’t trust what they say. Enterprise vendors you can’t trust are incredibly dangerous.

Vendors become disingenuous for several reasons. The first is that circumstances change, they intended to do what they promised but conditions they had no control over caused them to change their minds. That is going to happen to everyone from time to time, change is a part of this industry.

However, you want to look closely at how they deal with change because it typically goes one of two ways. They either take a personal sacrifice to keep you whole or they use this as an opportunity to improve the outcome and let you absorb the cost. In the latter case they don’t have your back and they should be ranked down as a vendor, in the former case they assure your trust in them and you might actually, for good reasons, trust them more.

The second reason is that often the folks you are talking to are out of the loop. In this instance, no one is being untruthful, but it does showcase a command and control problem inside the firm consistent with failure.

If the right hand doesn’t know what the left is doing the company won’t execute well. This could easily become your problem unless the firm stands behind the word of their employee(s) as much as possible. This miscommunication can lead to litigation against the vendor for breach. And unfortunately, even if the firm makes it right, this reflects a breakdown in the company that will cause you expensive problems later and should cause you to rank the company down.

The third reason, the vendor is simply telling you what you want to hear. However, there are instances where the buyer doesn’t hear what the vendor is actually saying which suggests you, not the vendor, has a problem.

Sales people and engineers often get confused about what is allowed in selling and what isn’t, particularly in this space. There are a number of firms that seem to do this regularly and we often see them in the news connected to this or that big failed project.

The firms that are good at this, that employ very well-paid and often manipulative sales people, seem incredibly attractive, until they’re not. Dealing with firms like this at scale is like playing Russian roulette solo, the best outcome is there is no bullet in the chamber, but the gun is always pointed at your head and it is only a matter of time.

This seems to happen every decade or so, a company having internal financial problems not necessarily obvious to the outside world, attempts to aggressively wage a patent war against its competitors.   I’m not talking the one or two offs that typically happen with all large companies, I’m talking about when a firm goes from being defensive to offensive and turns their portfolio into a hostile IP revenue source.

When a company does this broadly it is typically a showcase of a strategic failure and inexperience. And this is why it goes in cycles. Once the CEO gets experience they figure out that there are far better ways to solve this problem and that litigation is painful in terms of discovery, testimony, and deposition.

Recall that Bill Gates stepped down as CEO after a particularly difficult taped deposition that made him look stupid. An overly litigious (with emphasis on the “overly” part) firm is going to be focused increasingly on the litigation, ultimately incurring both image and financial damage.

This is why this goes in cycles, the CEO learns this is a bad path or is replaced, and it isn’t until their successor is replaced that a new young CEO once again thinks that courtrooms work like Judge Judy, which is not the way they actually work.

Something else that seems to go in long cycles is the use of models to make customers believe something is more real than it is. Steve Jobs did this early on at NeXT and wasn’t caught, but in his case he mocked up some workstations and ran a video on the screens secretly with demonstrators who would work off a script and make it look like the workstations could actually do work. He did it again with the iPhone which basically a brick of metal and glass when he first showed it on stage.

The difference between models and prototypes is that prototypes actually work, models just look like they might work but have no internal moving parts. Models are used because buyers see them like they see prototypes and it makes them feel the vendor’s offering is more real.

However, the reason that a vendor uses a model rather than a prototype is because they’ve typically run into a huge problem that they don’t yet know how to fix and don’t want the investors or customers to know they don’t have a product.

Consumer product models do serve a very real purpose to help learn early on what customers like and don’t like about the offering as well as getting competitors to chase you. Consumers often buy form over function and this practice works there.

However, with the business market buyers are typically more interested in how well the product works, which is why a working prototype is better. When an IT vendor does a model instead of a working prototype they are generally trying to distract the audience from the fact they don’t yet have a real working offering.

And, with a model, they are far less likely to ever have one that meets the expectations they have set. Never base a buying decision off of a model, at least not in IT. Make sure the gizmo does what you expect it to do before making a commitment to buy it or not, and consider buying a competing product that actually works.

One final comment on models, often they are created to make it look to senior management (particularly inexperienced CEOs) that progress has been made when it actually hasn’t in order to allow a key executive time to leave before being let go. In this case the problem not only showcases dishonesty with the division, but an incredibly naïve CEO either of which should have you avoiding this vendor like the plague.

In the end this is all about thinking smart. You shouldn’t hire a company that can’t do the job, won’t do the job, or is unwilling to tell you the truth about their capabilities.

The simple message is, do business with firms that constantly earn and deserve your trust and let your competitors use the other ones. Let that be your gift to them.