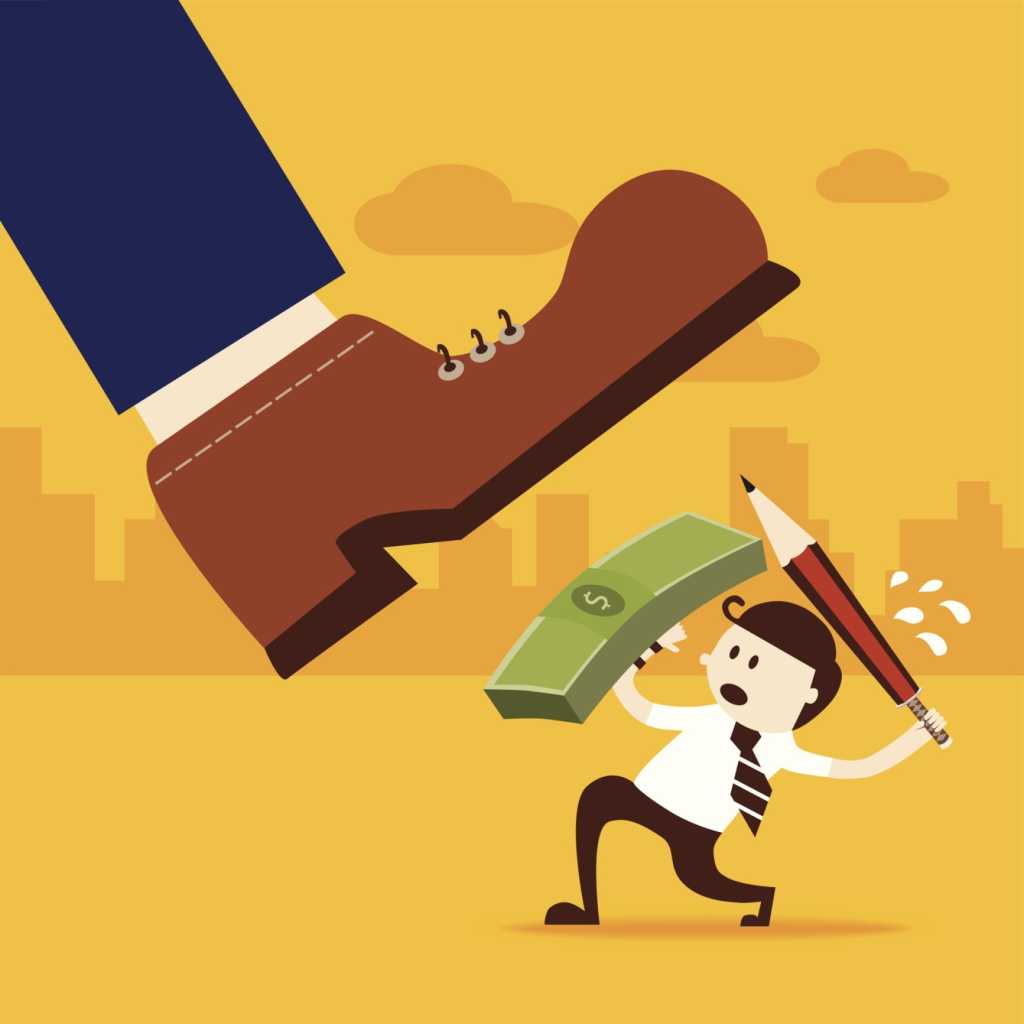 Workplace bullying an epidemic in the U.S. A recent CareerBuilder survey of 3,372 U.S.-based full-time, private-sector employees revealed that 28 percent of respondents have felt bullied at work, and 19 percent (nearly one in five workers) have left their job because of it.

While it’s important for employees to stand up for themselves against such bullying behavior, report incidents to senior management and meticulously document the occurrences, most of the work avoiding a negative and disrespectful work environment must be done from the top of the organization down, says Julie Moriarty, general manager of corporate training and communications strategy at The Network, a firm that works with organizations to preventing bullying.

The key to avoiding a negative and disrespectful work environment is to establish and continually support a strong, consistent corporate culture that stops the inclination to bully before the behavior starts, according to Moriarty.

“Management has to take the lead. Many organizations don’t want to acknowledge that bullying is happening in their workplace – but it is. Keep in mind that a lot of bullying activity may be covert and may not be visible to company leadership until the damage has been done,” Moriarty says.

Also, bullying victims themselves may not recognize what is happening to them, even when it causes physical or mental distress or deterioration in work performance.

Moriarty says that bullying can be broken down into three general categories that can help employees and managers identify behaviors that are detrimental to workplace productivity.

It’s important that both employees and management can easily identify bullying behavior and address it. Making the definitions clear can help immensely, especially if colleagues and supervisors want to dismiss such behavior as ‘just having a little fun’ and diminishing the impact these behaviors have on the victim, Moriarty says.

Victims may also be too worried about losing their job to report incidents of bullying or abuse for fear of retaliation or losing their job. “They don’t want to be seen as a troublemaker or a whistleblower, “says Moriarty.

This fear is not unfounded, according to the Workplace Bullying Institute (WBI). WBI statistics show that 56 percent of reported bullies are the victims’ boss; 33 percent report that a coworker is the bully, leading many victims to believe that either they’ll be fired for reporting the abuse or that their bully will simply ignore their complaints and escalate the abuse.

Even if managers do recognize the bullying behavior, they may be hesitant to address the behavior, especially if the bully is productive or profitable to the organization, says Moriarty.

“That’s where the rubber meets the road in terms of the organization’s commitment to a positive and respectful workforce. An organization has to have a zero-tolerance attitude around bullying – no matter who the bully is, or how high up they are in the organization’s hierarchy,” Moriarty says.

Moriarty recommends having an executive level position devoted to corporate ethics and compliance, or a team dedicated to that function. But this position or team must report either to the CEO, the highest echelons of leadership, or to a board of directors to ensure it’s operating apolitically, fairly and objectively. “An ethics officer, or a team of ethics and compliance specialists must be an independent body; they have to be able to make hard, objective decisions – like firing or disciplining a bully – and have those enforced without being overruled or dismissed because of office politics or financial concerns, “says Moriarty.

As to how the bullying victim should respond to bullying behavior, many experts suggest that victims stand up for themselves, since bullies are inherently cowards. Reporting the behavior is also critical, as difficult as that may be, says Moriarty. Organizations should have a reporting structure in place that can help ensure that management takes the report seriously.

“Staying unemotional and factual when relaying the behavior will give the victim credibility and force management to take the report seriously. Making sure to have detailed documentation of the incident(s), the times, dates and the names of witnesses can also help. Also, if the victim relays the impact the behavior has on his/her performance — and the performance of others — it helps management understand the financial impact of bullying behavior,” Moriarty says.

Respond Quickly and Decisively to Reports of Bullying

Management and company leadership need to respond quickly to reports of bullying. Conduct an investigation immediately and, even if names are not provided, the organization needs to let others in the company know when it has taken action and what the consequences were.

“Employees who are inclined to bully need to know that there are real consequences of their behavior. The company’s commitment to a positive and respectful work environment cannot be just talk — there must be swift, decisive, concrete actions in response,” says Moriarty.

As to avoidance, training and continual communication by the organization on its expectations around behavior is critical. Managers also need to be trained to respond appropriately to complaints. This is particularly true when there are concerns of potential physical bullying, but continual communication on the importance of speaking up and the company’s non-retaliation policy are critical no matter what the situation.

Managers also should receive training on compassionate, effective management skills and techniques, especially those who tend to display bullying behavior, according to Moriarty.

Of course, if an organization already has required managers to undergo training and still receives reports about certain managers, it may be best to cut the business’ loss and let the bullies go, she advises. “All of the training and communication in the world will have no impact if the culture of the organization does not support what is being taught. Managers need to walk the talk and demonstrate respectful behavior themselves. Performance reviews should take into account management style and ethical behavior to ensure managers take the company’s standards seriously. The company needs to provide coaching for managers who demonstrate bullying-type management practices and, if they cannot correct their behavior, remove them,” says Moriarty.

“In the ethics and compliance industry, we talk a lot about creating this kind of culture, but you can’t just talk about it, you can’t just pay lip service to the idea of having a respectful, safe and open workplace. If you don’t have rules in place to enforce that, it doesn’t do any good, “says Moriarty.