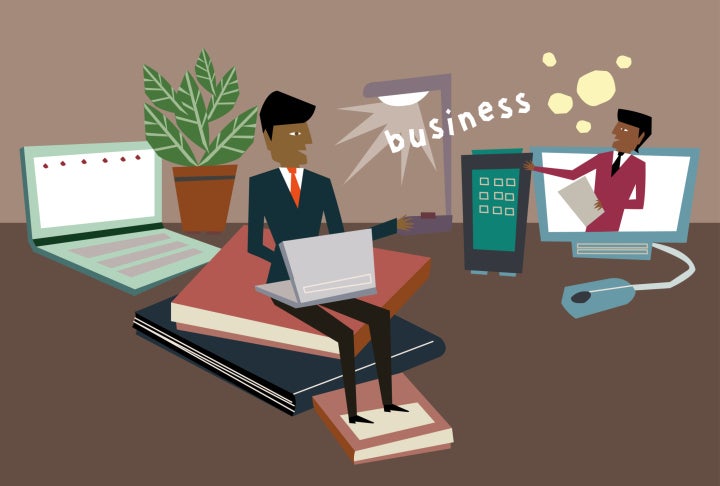 In 2014, Gartner introduced a prescriptive organization model for enterprise IT called “Bimodal IT.” It posits that IT organizations of the future will have two separate flavors, if you will: Type 1 is traditional IT, focused on stability and efficiency, while Type 2 is an experimental, agile organization focused on time-to-market, rapid application evolution, and, in particular, tight alignment with business units.

Here is one description of bimodal IT from a Gartner conference attendee — unfortunately, Gartner has not yet chosen to publish a full description of the concept that can be accessed by non-subscribers, although a good overview of it can be gleaned from the firm’s report outline.

While there was a flurry of discussion about this model and its meaning when it was launched mid-year, I believe that many commentators reacted to its surface features and failed to grasp its profound implications for IT organizations and especially IT leadership.

If one accepts Gartner’s perspective, it dictates a future for enterprise IT far different than most participants and vendors currently proclaim. Here are some things that, thus far, have not been made clear in the previous discussions about bimodal IT:

Bimodal is the ‘How’ But the ‘What’ is Profound

Gartner’s bimodal IT recommendation is a statement of how IT must be organized to meet the burgeoning requirements being forced upon it by business units. While there is discussion about what the Type 2 IT organization will build, it is usually focused on the consumer of the technology — the business units and what they want to accomplish with agile, fast-to-market applications.

The bimodal model is correct that a different set of expectations and approaches is probably necessary for IT to respond to this demand, but it does not address the fundamental and enormous change in technology and process required to deliver Type 2 applications. Stated straightforwardly, Type 2 IT is a DevOps world, and it will require new tools and processes.

Some IT organizations have cottoned on to this and are seeking to emulate the leaders on the frontier of the industry: Facebook, Etsy, and a raft of others. This is what has led to the birth of the Innovation Lab movement, and is the root cause of the coming war for developers.

The bottom line is that the organizational recommendations associated with bimodal IT are only a portion of what needs to be done to move IT capabilities to where they will need to be in the future; said another way, bimodal IT is necessary but not sufficient for what enterprise IT will look like going forward.

Gartner Has Thrown in the Towel on Traditional IT

Another way to understand bimodal IT, of course, is that Gartner has decided that traditional enterprise IT can’t change enough — or, at any rate, change fast enough, to meet what’s it being asked for.

Bimodal IT echoes a presentation I saw several years ago from Will Forrest of McKinsey, who said thatCEOs are so tired of how poorly their IT organizations are performing that they’re setting up separate organizations to pursue new opportunities.

The implication is clear — traditional IT is on borrowed time and faces a future where it is consigned to unimportance. It may, in fact, be too late for enterprise IT to do anything about this.

My comment at a recent Gartner conference when bimodal IT was presented was “sounds like the death knell for private cloud computing.” Lydia Leong of Gartner reinforced that at her AWS Reinvent presentation when she said that developers often refuse to use private clouds built by IT in favor of public environments like AWS. On the other hand, I recently saw an article quoting another Gartner analyst who said that the best way to begin using public cloud computing is to start with a private cloud, which implies that Gartner itself is not of a single mind on the topic of bimodal IT.

The implication of bimodal IT is that traditional IT is facing an awful future — one where it’s consigned to keeping the lights on for legacy applications but precluded from participating in what’s viewed as critical to the future of the company at large. In this world, IT is like an animal backed into a corner with no hope of escape — and any time an animal feels cornered it strikes back in an attempt to survive. In other words, bimodal IT sounds rather clinical and neat, but the reality is unlikely to be simple and civil.

This is one place that I believe Gartner fails to comprehend what this bimodal reality brings — or at least prefers to not address it explicitly to avoid frightening its clients. As this bimodal reality sets in, one can expect many companies to experience huge conflict as the two camps engage in pitched battles for influence, resources, and power. The topic may be technology, but the participants are human, and the result is going to be like any other domain where people fight over limited resources.

Bimodal IT is Too Neat a Distinction

It probably hasn’t escaped your notice that the bimodal IT model neatly mirrors the bifurcated application types described as “systems of record” and “systems of engagement,” with Type 1 IT responsible for systems that keep track of transactions, and Type 2 responsible for externally-facing applications that interact with important constituencies.

In this formulation, each type can stick to its knitting and focus on delivering what it’s asked for. However, as I just noted, it’s likely that these two different IT groups will joust with one another for power; more importantly, despite the neat separation implied by the model, the fact is that they will need to cooperate.

For Type 2 applications to really deliver value, they need to interact with transactional systems; after all, I don’t just want to have a mobile application that lets me interact with a loan officer, I want to use it to submit my documents, track my loan progress, and even sign off on the loan. This means the Type 2 application I’m using has to integrate with a back-office Type 1 application, which, in the Gartner formulation, means the two IT organizations will need to work together.

So in addition to the conflict described in the last section, there will also be, for want of a better term, coopetition as the two groups warily collaborate, perhaps under the watchful eye of a senior executive with enough clout to force them to, if not play together nicely, at least work together sullenly.

And the border of cooperation will, one can predict, prove to be an ongoing site of conflict, as the two IT types bring their perspective to bear as to how the interaction should proceed. The Type 2 IT organization will lobby for fast changes and more functionality more quickly, while the Type 1 IT organization will focus on stability and uptime.

In conclusion, one can say that Gartner has accurately identified a crucial tension in the proliferating demands on IT, and prescribed a model to enable IT to respond to them. However, setting up two organizations won’t necessarily resolve the tension, and may, in fact, exacerbate it as the two groups vie for resources and influence.

Because we are entering a time in which IT is much more crucial to the quotidian operations of all businesses, we should expect to see more and more companies experiment with different modes of operations in an effort to respond better and faster to what the market demands. To quote Bette Davis in “All About Eve,” you should “fasten your seatbelts because it’s going to be a bumpy night.”