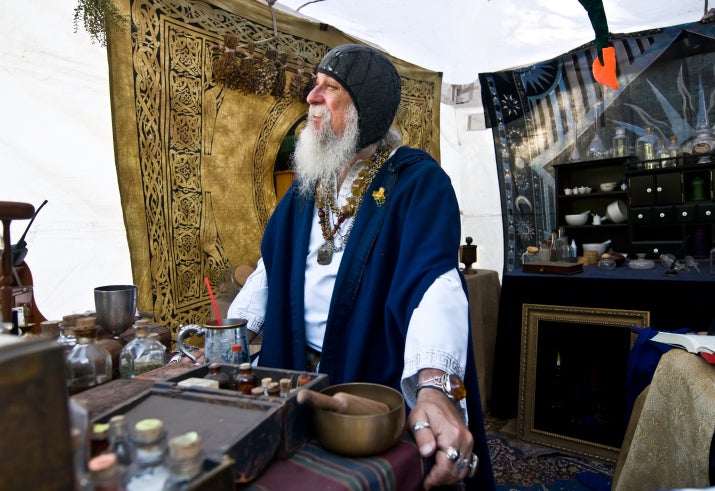 I’m on Lenovo’s advisory council and the only member who covers both servers and PCs, so I’ve been able to observe the IBM PC Company acquisition and was just briefed on the IBM x86 Server acquisition. As a result, I’m seeing a repeat of the same successful process that was created to turn the IBM PC division from failure to market leader in the server division.

In both cases, the products weren’t the problem. It was that inside IBM these divisions couldn’t win and in Lenovo (realize this is still mostly on paper for the server division) they couldn’t lose.

It is rare you can move a unit with thousands of employees from one corporate environment and then move it intact to another and see what happens. In this case, what happens is kind of extraordinary and I think the learnings are far broader than just IBM.

Basically, over time companies develop layers of processes unintentionally and they slowly create a drag on the firm. It is so gradual that executives don’t see it happening and they don’t realize that the molasses like drag that surrounds them doesn’t have to be there.

Now, if they leave and go to a younger company, they often talk about how much easier things are to get done but rarely have the time to really analyze or communicate why that is. It just feels better. But when you do that at a company scale the change can be almost magical and in Lenovo it is very obvious. I’m going to cherry pick some examples.

Let’s talk about that.

The older a firm gets the more likely it is to develop complex rules that make it difficult to make timely decisions. Layers upon layers of management are created, and to avoid one manager making a decision in a vacuum rules are put in place that cause the number of people required to make a decision to balloon out of proportion to a point where people only tangentially connected to an action feel their voice needs to be heard before a decision is made. In addition, the executive staff, which is located at headquarters, often not only is included in this process but gets the final vote.

This means that the people who are farthest from a decision are often the ones with most of the capability to make it. Not only does this make the process incredibly long, it puts the folks who have the least knowledge at the front of the line.

Younger firms like Lenovo tend to push decisions out to the edges so that the people closest to the problem are the ones who are missioned to find ways to fix it. Executive staff acts more like an executive resource and less like an impediment to those who have their feet on the street.

The example given at the meeting was that for a major customer problem in a large account it often took up to two weeks to get approval to start the fix, in Lenovo the fix could be completed in 24 to 48 hours.   This was from customer/account management testimony.

Legal Looks to Remove All Risks

In large old firms, legal departments appear to learn over time that the best path is to step in and prevent the firm from taking any risks. In effect, they become the insurmountable obstacle to getting things done.

In a young company, legal is missioned to help the firms get things done with minimal risk but over time firms do get sued successfully. This makes the firm more and more risk-adverse so the legal department slowly shifts from being an enabler to becoming a near insurmountable barrier. And they are often not the only one, in one large firm I watched as the PR organization, which had been largely responsible for the success of a firm in the 1990s, became instrumental in the firing of that same firm’s CEO by becoming a barrier last decade.

For Lenovo, the example was a global contract that large multi-national companies often require. Firms don’t want to manage lots of different contracts if they can avoid it and IBM’s inability to write a global contract likely locked them out of a lot of accounts. Lenovo’s legal team got it done in a few days effectively giving the Lenovo Enterprise Business a larger potential market than they had in IBM.

Now I likely could (and maybe will) write a book on this citing examples from command structures to compensation programs, but I thought these two examples were the simplest to showcase. However, it occurred to me that in the Lenovo/IBM case there is a potential model for how you’d fix an ailing division. The idea is still rough but I think it is worth sharing.

When a person is sick, especially when you aren’t sure of the cause, you isolate them in a hospital to diagnose the illness, and then once the diagnosis is done you implement a fix. What if you did that with an ailing division?   Effectively spun it out underneath a more VC line management structure, analyzed what was wrong without all of the corporate distractions, and then designed a fix to address the discovered problems. You might not just have greater odds on fixing the division, but much of what is learned likely could be applied to the company as a whole to improve overall performance.

Often what happens when a division fails to perform is funding gets cut, salaries are frozen, incentives eliminated and key employees leave — all of which makes things worse. It is the modern day equivalent of medicine in the Middle Ages. Back then if you got sick they’d do crazy stuff like bleed you or drill holes in your head to let out the bad spirits.

If you look at Samsung they were kicking Apple’s butt a few months ago but missed a quarter, had their marketing budgets cut and rather than returning to health, it appears to be getting sicker.   If a person were sick your first response wouldn’t be to starve them it should be to figure out what is wrong and fix it while leaving everything else the same.

The Why is More Important Than the What

In firms big and small, the problem often is an excess of focus on what went wrong in order to apply blame.   Look at Yahoo, for instance, everyone and their brother seems focused on Yahoo needing to get a new CEO even though replacing their CEO clearly hasn’t really worked that well in the past.

What Yahoo actually needs to do is get out from under the quarterly report treadmill as Dell did and bring in some people that can figure out what Yahoo would be best at doing, create a related strategy, and then make sure the people running the company can execute it.

I think that buried within the Lenovo/IBM transactions is a method to move us from corrective processes that are more akin to medieval medical practices and towards more modern diagnosis (analytics) based methods, which are far more likely to be successful.

Given how getting fired or laid off isn’t particularly fun whether you are a CEO or a dishwasher, you’d think there would be more of a focus on finding a less medieval way to fix an ailing division or company? I think the Lenovo/IBM deals point to such a process. Let me know if you agree.