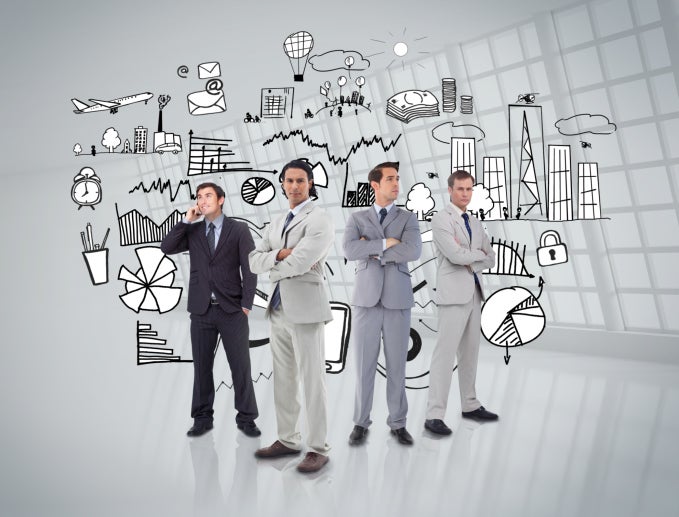 For the past several years, the forces of social, mobile, analytics and cloud (SMAC) have combined to create the perfect storm of digital transformation, re-shaping markets and changing the way we work and live. Today, companies are using technology to not only improve their internal processes, but to drive growth.

According to the Accenture Technology Vision 2015 report, released by the consultancy Monday, these companies will no longer be isolated entities, but component pieces of new digital ecosystems that tap a broad array of other digital businesses, digital customers and digital devices at the edge of their networks.

“The really interesting thing where we stand right now is we’re at a real turning point for the way businesses fundamentally view technology,” says Michael Biltz, managing director of Accenture Technology Vision. “Digital is no longer the end goal. They’re trying to figure out what they’re going to be. What do they do with this?”

Boundaries? Where We’re Going, There Are no Boundaries

A recent Accenture global survey of more than 2,000 IT and business executives found that four out of five respondents believe that the future will see industry boundaries dramatically blur as platforms reshape industries into connected ecosystems. Sixty percent of respondents said they plan to engage new partners within their respective industries and 40 percent plan to leverage digital partners outside their industry.

In the report released today, Accenture found that 35 percent of respondents are already using partner APIs to integrate data and collaborate with business partners, while 38 percent plan to do so. The report points to Home Depot as a prime example. The retailer is working with manufacturers to make all of its connected home products compatible with the Wink connected home system.

Or take the example of Philips, which is no longer simply a maker of healthcare equipment. Working with Salesforce, the company is creating a platform through which an ecosystem of developers can build healthcare applications that enable collaboration and workflow between doctors and patients.

“In last year’s Technology Vision report, we noted how large enterprises were reasserting leadership in their markets by adopting digital to drive their processes more effectively and transform how they go to market, collaborate with partners, engage with customers and manage transactions,” says Paul Daugherty, CTO of Accenture.

“Now that digital has become part of the fabric of their operating DNA, they are stretching their boundaries to leverage a broader ecosystem of digital businesses as they shape the next generation of their products, services and business models to effect change on a much broader scale,” Daugherty says.

This continuing digital transformation is manifesting in five emerging technology trends in 2015.

1. The Internet of Me

Today, it’s not just things that are going online; it’s experiences. The emergence of wearables, connected TVs, connects cars and other smart objects is creating a whole new range of emerging channels through which companies can connect with consumers.

Biltz says businesses that are capitalizing on these new channels and using them as impetus to change the way they build applications, products and services are already reaping benefits. The ones that do it best will become the next generation of household brands.

That said, companies playing in this space are going to have to be very careful to safeguard consumer trust. In fact, he says, trust, privacy, transparency and security are likely to become key elements in how companies in this space differentiate themselves from competitors.

The flourishing of the Industrial Internet of Things and intelligent hardware means that companies selling connected hardware components will no longer really be selling their customers new products or services. Instead, they’ll be selling what customers are really after: more meaningful outcomes. It’s no longer selling things; it’s selling results.

Blitz notes that 87 percent of survey respondents reported that greater use of intelligent hardware, sensors and devices on the edge of networks meant a shift to selling outcomes, and 84 percent said that embedded intelligence in their products was providing a deeper understanding of how customers use their products and the outcomes they want.

Platforms aren’t just for technology companies anymore. Accenture found that 75 percent of survey respondents believe the next generation of platforms will be led by industry players and leaders, not large tech companies. Nearly the same amount (74 percent) said they are using or experimenting with industry platforms to integrate data with digital business partners.

As the report notes, “Platform-based ecosystems are the new plane of competition.”

“Business and technology leaders must now view software intelligence not as a pilot or one-off project, but as an across-the-board functionality — one that will drive new levels of evolution and discovery, propelling innovation through the enterprise,” the report says.

But even as machines become smarter, that doesn’t mean humans will become obsolete.

“Machines are smart,” Biltz says. “But the reality is, they’re not that smart. The context people have, the imagination, the creativity, these are all things we haven’t been able to replicate.”

Still, the burgeoning collaboration of human and machine will change the workforce. Fifty-seven percent of survey respondents said they are adopting technologies that allow business users to complete tasks that required IT experts in the past (e.g., data visualization). At the same time, 77 percent of respondents said that within three years, their companies will have to focus on training machines (using intelligent software, algorithms and machine learning) just as they train employees.

For Accenture Technology Vision 2015, Accenture Technology Labs gathered input from the Technology Vision External Advisory Board, a group of more than two dozen executives and entrepreneurs from the public and private sectors, academia, venture capitalists and startup companies. The team conducted almost 100 interviews with industry experts and business leaders, and drew upon an online contest to uncover the most interesting emerging technology themes. More than 1,700 Accenture professionals participated in the contest.

Finally, Accenture Research surveyed 2,000 business and IT executives, primarily C-level executives and directors, across nine countries and 10 industries. The respondents were drawn from companies with annual revenues of at least $500 million; the majority of companies have annual revenues greater than $6 billion.