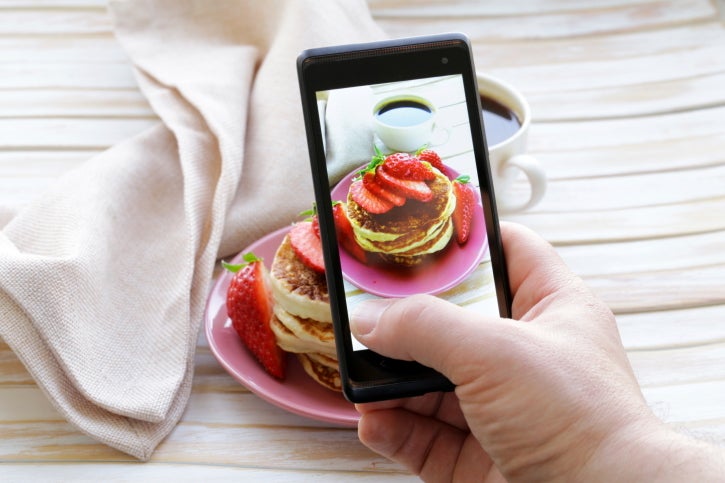 One of the best, and most important, things about social media is that there are no hard and fast rules. Social media is what you make of it, and there’s no right or wrong way to use it.

However, some social networks are better suited for certain activities than others. Instagram has more than 300 million users who share around 70 million photos and videos each day. That’s a lot of random media, and it’s easy to get caught up in the sea of content swirling around the platform. It’s also important not to confuse Instagram with other social networks that are designed to capture and store everything about our digital lives. Instagram is visual, and because each photo or video takes up the majority of a viewer’s screen, the experience can quickly shift from interesting to boring.

Instagram isn’t just about you, the user, and it’s not necessarily about individual images. Instagram is about what your followers and other people are going to think when they see your collection of photos or videos. You can’t expect everyone to react positively to every post, but you can consider the story you’re trying to convey about yourself and your world. Don’t overthink it, but you can have fun with Instagram without insulting, alienating or putting others to sleep with your posts.

Read on for a look at our Instagram rules of engagement.

(Editor’s note: This story is the first in a four-part series. Similar entries for Twitter, Facebook and LinkedIn are coming soon.)

If you’re posting pictures every day, or multiple times a day, on Instagram, you better be an amazing photographer or someone who lives an enchanted life of wonder.

Is your photo of that sunset really that great? Do you need to share inane photos of your desk or cubicle, the organic juice smoothie you made this morning or a fantastic dinner you made last night? That might makes sense sometimes, maybe … but certainly not all of the time.

Be selective with what you post on Instagram. Be creative and share your best photos or meaningful images of your proudest achievements. Instagram is your chance to shine in whatever way you choose, just remember that other users note your choices to be humble, conceited or somewhere in between.

This image of a sunset captured at Sea Ranch on the majestic California coast, from my friend @benihano, inspires me, and it’s a good example of an image that tells his story.

The photo was posted in July, and @benihano posted only 26 times since then, averaging a solid one post per week. He did three more sunset photos, but can you blame him? Sunsets in California are often sights that simply must be shared.

Easy on the Hashtags

Hashtags can be fun, but when your Instagram caption full of them runs further down the screen than your photo or video, it’s likely time for an intervention.

I’ve seen plenty of useful hashtags and many more that made me laugh out loud, but honestly, they’re rare. We’re not trying to take all the fun out of hashtags, but you can be clever without using hashtags that run longer than the average tweet.

I like when users share their thoughts about images, or what they were thinking when they captured them, in hashtag format. However, it’s easy to go overboard with hashtags that come off as boastful, condescending or outright awful. Rule of thumb: Hashtags shouldn’t compete for attention with photos and videos — that’s just not what Instagram is about. So, please, use hashtags sparingly.

My friend @apenn1 developed a creative habit of tagging pictures from her hiking adventures with the hashtag #pennonthetrail. Over the years she organized a wonderful collection of photos of one common theme and activity, and I give her credit for this effective use of hashtags.

We get it, you think your kids are the cutest children on the planet, and you’re on cloud 9 during every minute you spend with them — or at least that’s the message you want to convey to friends and other followers.

Your spawn will assuredly get his or her chance to post plenty of selfies and snaps soon enough. For now, you should share only the best or funniest photos of your growing family. Keep the others filed away, or better yet, share them all on a network or site that’s designed to display photo galleries, such as Facebook or Flickr. Everyone knows it’s hard work being a mother or father. Your kids really are cute (for the most part), and we’re proud of the little people you’re raising, too. Just do us all a favor, and do not overdo kid pics on Instagram.

In general, it’s probably a good idea not to post more than one kid pic per week or every two weeks. (If we’re talking newborns, all bets are off, we know.) It might be difficult, but many of your followers appreciate your restraint. We promise.

Just look at this adorable photo my friend @amandanat posted of her niece. That was four months ago. She has posted more than 100 photos since, but fewer than 10 percent of them include kids. Well-done, @amandanat. Well-done.

Loving and missing this little cutie so so much! #myfatniece #thosedimplestho

Images of Food and Drink Should Be Tasteful and Relevant

I’m a sucker for cocktails (old fashioneds) and breakfast burritos (not at the same time, of course), and I’ve enjoyed some that probably deserve the full glory of Instagram. However, I’ve never actually posted a photo of a beverage or food, excluding the fruits and vegetables I attempt to grow in my yard — I haven’t captured an image that tells the right story.

Are you drinking margaritas on the beach during a vacation, beneath a glorious sunset? If your image tells that story, go ahead and post it. Swigging down some cheap beer at a dive bar that’s packed with unique characters all watching your favorite band? If your photo paints that picture, post it. The idea is to take a minute, before posting, to ensure these stories are the ones you want your connections to see. Maybe that picture is of an important anniversary celebration, your first time cooking a new dish or just some fancy new restaurant you’ve had your eye on and that’s notable for some reason.

Check out this photo my longtime friend @allanramsay37 posted to mark a six-year anniversary with his bride-to-be. It’s hilarious for many reasons, and its story is clear: These two are having a blast together.

Six years of hi-jinx’s with my 👻Looking forward to many more! @chelseachels

Links are discouraged on Instagram, and for good reason. They don’t work. It’s hard to fathom that something so simple as a URL is not supported in 2015, but “the struggle is real,” as the cool kids say. At least I think they do…it’s hard to know for sure when you’re not one of them. (Currently, the only place links are supported on Instagram is in user profiles.)

Until Instagram decides it can handle the deluge of spam that would presumably result from links in captions and comments, you get nothing more than simple text. So do not use links on Instagram. They provide no value to you or your followers, and you can’t even copy and paste text from captions and comments. Nobody wants to manually enter your links in a browser.

The most important rule on Instagram — and any other social network, really — is one that should be obvious, but unfortunately it is not for many people.

Don’t hijack someone’s feed and post hurtful things, whether you know them or not. Don’t call people disparaging names or post potentially embarrassing photos of someone you don’t like. Don’t post images with the intent of offending viewers or drawing attention to them in a negative way.

It’s sounds corny, but the ol’ Golden Rule genuinely glitters on Instagram, and you should treat other users the way you want to be treated— even if they blatantly break every single one of the rules mentioned in this post.