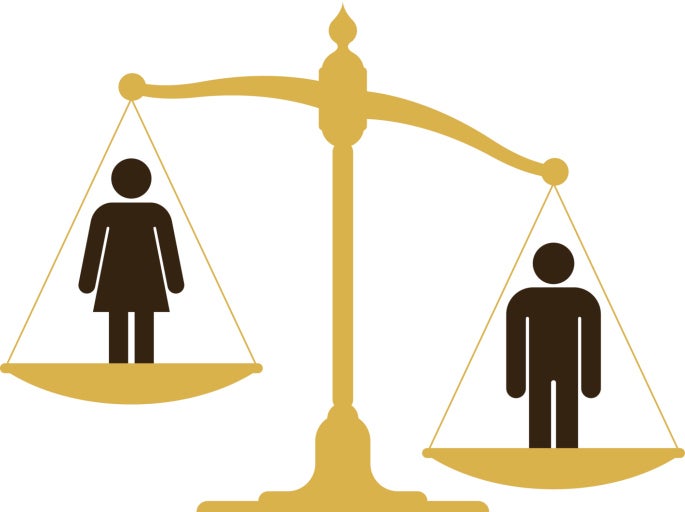 Often heralded as the great land of meritocracy, Silicon Valley is a reimagining of the American frontier pioneered by a geeky mix of libertarian engineers, frat-boyish chief executives and powerful venture capitalists who run the action with multi-million-dollar funds. It’s the kind of country where a guy working out of a garage can come up with a brilliant idea, score some venture capital and grow a startup into a mighty company.

In truth, though, Silicon Valley’s entrepreneurial spirit belies an underbelly of discrimination. Venture capital is the stuff that fuels the tech industry’s version of the American Dream, but it isn’t equally available to everyone — especially startups led by women.

VCs Not Showing the Money

“For years, it was believed that women entrepreneurs needed to change their approach to networking, pitching or industry sector in order to secure venture capital,” says Patricia Greene, professor of entrepreneurial studies at Babson College, in a groundbreaking study on venture capital funding for women. “It is increasingly apparent that many women entrepreneurs have followed these prescriptions, yet they have not been able to achieve proportionate increases in early-stage growth capital.”

One of them is CEO Bonnie Crater of Full Circle CRM, who scored her first round of venture capital funding last fall. Crater has been in the Silicon Valley trenches since the late 1980s and held marketing stints at iconic tech companies such as Oracle, Genesys and Salesforce. Crater doesn’t lay blame at the foot of misogynistic venture capitalists, rather she sees discriminatory practices at a more subconscious level.

Venture capitalists like to say they bet on leaders, not just ideas. It makes sense given the nature of a startup. If a venture capital firm decides to fund a company, it’ll be spending the next seven years working closely with that company’s CEO. They’ll have to work together through a myriad of business challenges and emotional tumult during make-or-break times. It’s as much an investment in a relationship as it is in a business.

But betting on people is problematic when nearly all venture capital managing partners — the ones actually making the calls — are men. If they want to invest in people they feel comfortable with and who show leadership qualities they admire, then they’ll tend to choose people who look a lot like themselves.

So it’s not surprising that Full Circle CRM closed $3.8 million in a Series A round led by Aligned Partners, whose managing partner, Jodi Sherman Jahic, now sits on Full Circle CRM’s board of directors. Crater is quick to point out that Full Circle CRM didn’t land the funding simply because top execs at the venture capital firm and startup share the same gender, but it surely helped.

Battle of the Sexes?

If the rules of the game equally apply to both genders, then what’s the problem? Dig a little deeper, and you’ll find few women partners and even fewer women managing partners at venture capital firms. Making matters worse, their ranks are dwindling to the level of an endangered species. The Babson College study found that the total number of women partners in venture capital firms has declined from 10 percent in 1999 to 6 percent in 2014.

For Crater, the solution is obvious: There needs to be more people like Sherman Jahic and Jennifer Fonstad, who left Draper Fisher to launch Aspect Ventures last year. These are experienced, successful women venture capitalists who started their own firms. But it’s not easy, given that a new venture capital firm needs at least $25 million in order to fund companies.

While Crater says she’s never had a male venture capitalist act rude to her because of her gender, this isn’t the case for others. Wired ran a story where women entrepreneurs told horror stories, which included unwanted sexual advances. Mostly, though, women entrepreneurs face gender discrimination in the form of stereotypes.

In one case, Kathryn Tucker started a company called RedRover and pitched it to investors at a New York event, she told Wired. Tucker says an investor told her that he doesn’t invest in women, saying, “I don’t like the way women think. They haven’t mastered linear thinking.”

She thanked him and walked out.