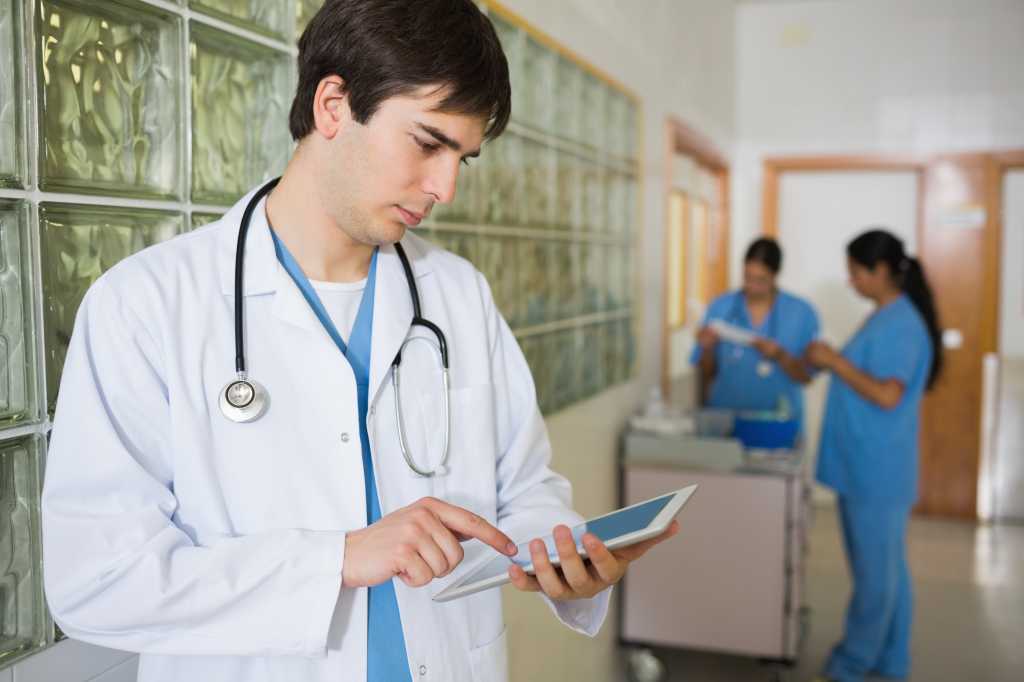 Improving healthcare — or, more broadly, improving health — means improving the relationship that patients have with the physicians and institutions they visit. This discussion tends to focus on finding ways to engage with patients through processes that increasingly involve the use of familiar technology.

However, the healthcare industry’s ongoing struggles to implement technology, combined with its strained relationship with patients, suggests that patient engagement on its own won’t be enough to empower patients to take control of their health and wellness. A much bigger effort must be made.

Healthcare organizations can set up a patient portal, or startups can build an app, but it means nothing if patients don’t use it at all or log in once but never again. Enticing patients to use the portal means including the types of functionality that modern ecommerce has led them to expect: Appointment scheduling, secure messaging, online bill payment, reputable educational resources, readable test results and the like.

The next step is patient education, an online and offline process of helping patients understand what a portal or app lets them do and how to do it. This includes letting patients know how their personal information will (and will not) be used. If this communication never happens, even the most robust patient portal will gather dust.

If that communication does happen, and users deem the portal or app to be worth their time, then they approach the point of patient activation. As healthcare leadership trainer Lisa Goren sees it, this happens when the proverbial switch has been flipped and a patient is present in the care process in a new way. In this case, they see the portal as an extension of, and asset to, the care process.

Only then, will healthcare reach a point of patient empowerment. Speaking at the recent Medical Informatics World conference, Dr. Susan Woods, an internist at the Portland (Ore.) VA Medical Center and author of the Shared Health Data blog, said patients need a say in the care that organizations provide. They don’t want “quality care and efficiency” — which regulatory pressure forces healthcare to strive for — but, rather, to feel better.

“Most of what [patients] want can be summarized with ‘Help me,” Woods says.

As anyone who has traversed the U.S. healthcare system will attest, help isn’t always just around the corner.

At Medical Informatics World, Dr. O’Neill Britton, chief health information officer at Partners HealthCare, said hospitals continue to hold onto the brick-and-mortal ideal in an increasingly online world. “We don’t even allow our patients to schedule their own appointments,” he adds.

Nor is it easy for caregivers — the estimated 93 million friends and family who look after sick loved ones. Providers don’t engage with caregivers, in part because they aren’t certain what HIPAA regulations allow them to disclose, leaving caregivers to comprehend medical terminology and treatment plans on their own. To hear Danny van Leeuwan, vice president of quality management for Advocates Inc., “Healthcare is a Tower of Babel.”

There’s innovative patient portal functionality out there — letting patients do their own research, say, or presenting patient-reported outcomes as prompts within an EHR system — but two roadblocks stand in the way. First, there’s a stark contrast between what patients want and what EHR vendors are willing to give, says Barbara Bartley, system director for clinical decision support and quality with The Health Care Authority for Baptist Health. Second, as a result, rolling out a patient portal, she says, is “like herding cats.”

Mere deployment isn’t enough, either. A recent panel at the Institute for Health Technology Transformation’s Health IT Summit in Chicago discussed the difficulties of patient engagement in stage 2 of meaningful use.

To meet the requirement that 5 percent of an organization’s patients send an electronic message to a physician, Dr. Stephen Beck estimates that Catholic Health Partners, where he’s the chief medical informatics officer, will need to get 50 percent of patients to sign up. What’s more, the reporting period lasts only 90 days — many young, healthy, technophile patients will have no reason to get in touch over those three months.

On top of all that, a recent Mayo Clinic study concluded that more online messaging doesn’t equal fewer office visits. It’s not too surprising, then, to hear some suggest that it might be time to stifle some innovation and get back to the basics of care.

Bringing Humanity Back to Medicine

This falls on the shoulders of both patients and providers, Goren says. Most physicians provide excellent care, but mistakes are made, and it’s often because patients don’t understand their role in actively engaging in their own care. Younger patients are changing this, Goren says, as they are “assertive” and “more used to pulling instead of pushing” — but they’re often not the ones who need care the most.

Physicians, for their part, need to remember why they practice medicine in the first place. Many of Goren’s training sessions with hospital leaders recommend bringing physicians back to that seminal moment from childhood when they decided to enter the field. “When you bring people back to that place, it brings the humanity back,” she says.

Beyond that exercise, organizations simply need to understand how the strains they put on physicians can make them seem uncompassionate to patients. There’s clinical quality metrics, the looming threat of litigation and, from a technical standpoint, electronic health records. After implementation, Goren says, organizations need to invest heavily in EHR training — not just in using the system itself but also in knowing when to rely on their intuition and training instead of the algorithms.

Training should also discuss how to communicate with patients young and old. When physicians embrace email, Goren says, it shows patients that they can talk to doctors as easily as they talk to family and friends. (Outside forces may stand in the way here, though, as many current reimbursement models don’t cover secure messaging.)

For the patients ready and willing to go far beyond email, the answer for reforming patient engagement may well involve social physics.

Most of what we learn comes from small things or huge things, says Alex “Sandy” Pentland, founder of the MIT Media Lab and the Center for Future Health. Small things don’t represent the way people live, he said at the recent MIT Information and Communication Technologies Conference, and huge things don’t get specific enough — the Framingham Heart Study lasted 30 years, for example, but only gathered measurements once a month.

That’s why Pentland studies ways to gather more frequent measurements, to obtain a “very rich picture on how a community lives, something we’ve never seen before,” which Pentland details in his latest book.

Citing economist Daniel Kahneman’s Thinking Fast and Slow, Pentland points out that 95 percent of human thought is “fast,” habitual and little different from that of other mammals. As it turns out, there’s truth to the maxim that old habits die hard — doing so requires changing the pattern of social learning.

Social physics comes into play, Pentland says, when someone else benefits from your good habits, and vice versa. It turns out that inspiring someone else to choose an apple instead of a doughnut, as you’ve done, has a greater overall benefit that simply receiving a benefit yourself. (That’s why marketers want to know what your connections and influencers are doing, Pentland points out.)

Spread far and wide, such good behavior, as demonstrated by and reflected in all the data collected by sensors and voluntarily shared by patients, can in fact influence people to change those well-ingrained habits. Pentland’s research has found that patients are more willing to share deeply personal information that you might expect — provided it’s shared securely and anonymously, with privacy policies made explicit and users able to opt out at any time.

Road From Patient Engagement to Empowerment a Bumpy One

Data from your medical devices, emails from your doctors and plaudits from your social network will engage patients in improving your health. But how do you move beyond engagement?

For starters, the Health IT Summit panelists said, physicians and clinicians need to know how portals work, from the patient’s point of view. Catholic Health Partners gives providers a “sandbox” so they log into the portal as patients, Rush says. Northwestern Memorial Hospital, meanwhile, instructs providers themselves (as opposed to administrative staff) to discuss with patients the portal’s benefits and functionality, says Dr. Mita Goel, an internist there and professor at Northwestern University’s Feinberg School of Medicine. Sixty percent of patients who talk to their physician about a portal sign up for it, Goel says.

The next step, patient education, often occurs at the physician’s office. Here, firms such as Patient Point aim to replace the paper pamphlets with a more tailored experience, delivered via waiting room TVs, exam room iPads and, yes, secured messages. Digitizing patient education also brings the advantage of analytics, says Patient Point CTO Raj Toleti, as it lets a practice see which methods of engagement and education work best, as well as which topics matter most for that practice’s patient population.

Graduating to patient activation from education means giving patients a prominent part in their own care. Since that care increasingly involves technology, patient advocates have long demanded a part in defining how technology is used, especially when it comes to giving patients access to their own health data. Without information, and without a voice, patients are unlikely to flip the switch to “on.”

Just flipping the switch doesn’t complete the process. Without a light bulb, the room remains dark. Patient empowerment, then, comes only when people are willing to be held accountable for their own health, Goren says. That above all — not payment reform, EHR implementation or incentives for good behavior — will change the U.S. healthcare system.

The Affordable Care Act, Goren says, shifts only a small percentage of the cost equation. “What will change is that citizens will have to improve their own health. We need to give the average citizen the ability the willingness to impact their health.”