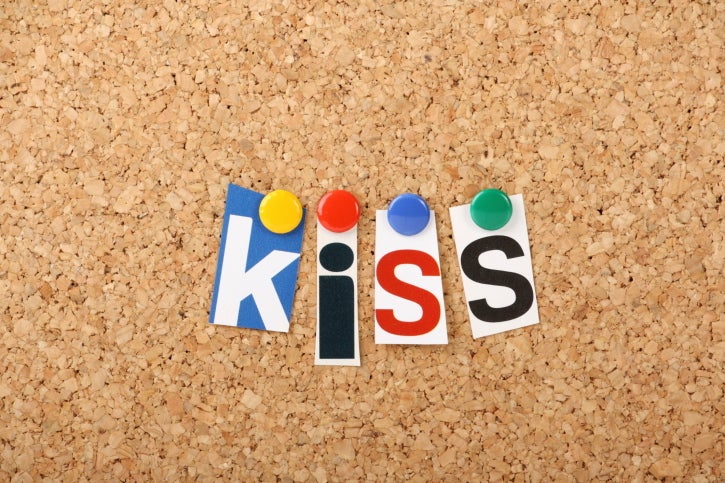 Many CIOs are watching their worlds collide. Consumer technologies such as smartphones, tablets and social networking tools as well as new cloud services are coexisting with legacy applications, server rooms and aging network infrastructure. This creates a complexity that IT hasn’t seen before.

The business side wants better accessibility for users and easier access into customer data. Ironically, as technology gets simpler for end-users its gets more complicated behind the scenes. Complexity is a fact of life for IT professionals, but according to a new IDC study, corralling that complexity can save enterprises big-time and improve business outcomes.

The report, which was sponsored by Oracle, is based on a study of nine companies (all Oracle customers) in various industries including government, financial services, retail, medical and others. The average number of users at the companies IDC interviewed is 23,000 and the average annual benefit of reducing complexity is $83 million, which equates to $3,610 per user, according to IDC.

[Related: Is Data Complexity Blinding Your IT Decision-Making? ]

In addition to cost savings, the study participants benefitted from faster time to market, better customer service and the capability to reallocate IT staff to more strategic projects after they reduced complexity, according to IDC.

Complexity can cost both the business and IT side of the company, according to the report. Challenges on the tech side include increased operational costs, IT staff burden and reduced capability to provide high levels of service to the business. As IT becomes more strategic to the enterprise business applications, complexity can leave the business at a competitive disadvantage, according the study.

The IDC report cites the following factors as causes of IT complexity, based on interviews with the companies in the study:

IDC is quick to point out that complexity doesn’t equate to things done incorrectly, which could have been avoided with more efficient planning. “Our research found the reality is much more nuanced. In fact, complexity is often a necessary price of entry. IT organizations that support demanding business requirements often find they need to support greater levels of complexity,” IDC writes in the report.

How to Keep It Simple

Another key factor contributing to greater IT complexity is user expectations, according the study. Users expect a consumer-like experience while tapping social networking tools and accessing enterprise apps via mobile devices.

[Related: In a World of Complexity, Focus on the Basics ]

“Public social networks, modern Web sites, mobile applications and popular Android and iOS smartphones and tablets have created the expectation of simplicity in all user experiences while moving complexity ‘behind the scenes’ and out of the way of the consumer experience,” according to IDC.

With all the challenges IT leaders face, how can CIOs reduce complexity? IDC reports that organizations are taking multiple approaches, including the following:

Breaking Down the Benefits

Below IDC breaks down the per-user savings in six categories. The amounts are based on the nine companies in the study and IDC cautions that actual benefits will vary by organization and industry.

Knowing you should simplify IT is one thing. Knowing where to begin is another. To help move in the right direction, IDC has developed what it calls a Simplification Road Map, which it says will help companies reduce complexity in their IT infrastructure. Key components of the road map include these four processes:

Start at the top: Secure strong executive support because successful simplification projects require deep-seated change, not only in the IT organization but also often among users and lines of the top, according to IDC.

Head to the cloud: IDC says that sourcing services from third-party service providers and/or the cloud service providers with the necessary scope, scale and expertise not only can free up valuable resources to focus on core operations but also can improve the quality of services for end users

Be agile: Agile development, IDC says, enables organizations and keeps pace with more rapid change. Key success factors include getting down to the user level and documenting specific processes and pain, collaborating with customers and end users, and adapting quickly to changing circumstances.