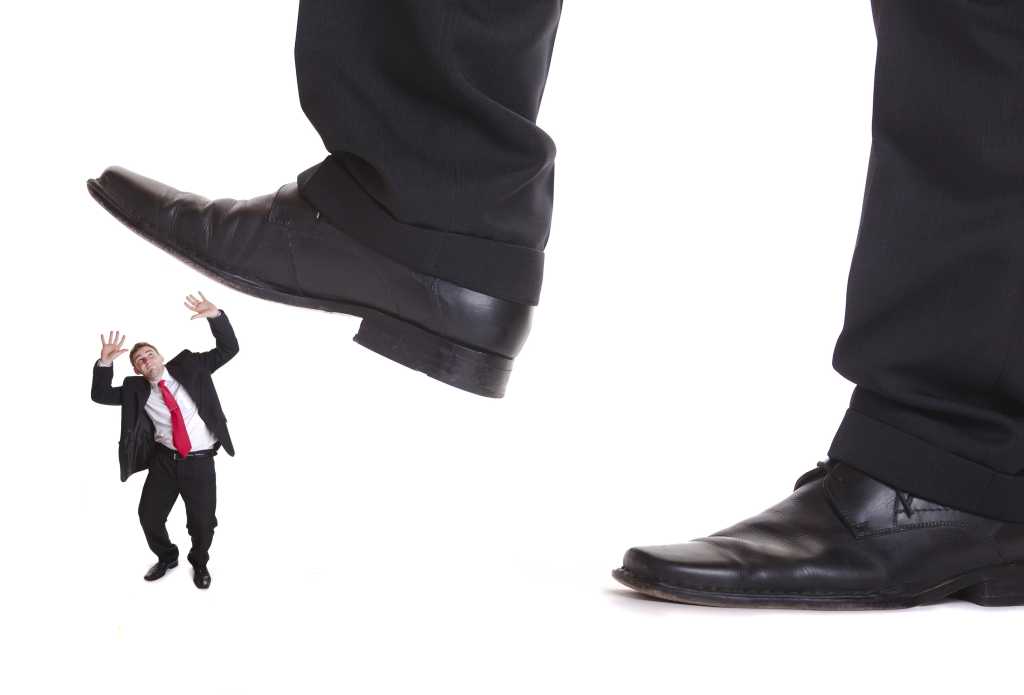 Everyone suffers under a bad manager – morale sinks, productivity tanks, absences increase. Even those above a bad manager in the corporate hierarchy feel the impact; executives must dedicate time to resolving conflicts, and often end up assuming the role and responsibility for those who aren’t adequately doing their job, says says Patty Azzarello, CEO of Azzarello Group, and a business advisor, author and executive.

But there are warning signs, red flags to look out for when searching for a job and while interviewing that can identify a bad boss or an untenable work environment before you accept a job.

Do Some Early Detective Work

Your first step should be researching the company online – but go beyond the obvious corporate Web site and Facebook profile, says Craig Bryant, founder and product manager for Kin HR, which provides human resources software solutions for small businesses.

[Related: How to Write a Job Description That Attracts Top IT Talent ]

“Before you even start the interview process, research the company online. Go to Glassdoor and other feedback sites to see what current and former employees have to say about the company,” Bryant says.

While the comments on sites like Glassdoor aren’t entirely objective, you can get a good sense of whether or not employees are happy with the company, their management hierarchy, whether or not there are advancement opportunities, says Johanna Aiken, human resources director at ecommerce solutions company Cleverbridge.

“Especially in the technology arena, it’s critical to use social media to your advantage,” Aiken says. “Use sites like Glassdoor, sure, but don’t discount LinkedIn. Use LinkedIn to do keyword searches and connection searches; reach out to current and former employees and ask if they’re happy with the company, do they like their job, that sort of thing. If they’ve left, ask why,” Aiken says.

What you’re looking for are patterns of behavior: Does every junior programmer leave that company only to reappear as a senior programmer at a different company? That could be indicative of a lack of advancement or promotion opportunities, says Kin HR’s Bryant.

In addition, find out as much as you can about the company culture and work environment, says Bryant. Finding a good fit is as much about character, culture and personality match as it is about hard skills, and it’s important to make sure you’ll mesh well with the company.

“When we hire, we’re looking for character and cultural fit, not just hard skills,” says Bryant. “We’re looking at who and what that person will eventually become at the company. Are you a freewheeling, work-anywhere night owl? You might not perform at your best for a company with strict nine-to-five hours and not a lot of flexibility, for instance,” he says.

Look to Your Future

Even more important than the immediate impact of starting a new job is the future potential, both for the company and for the employee, says Bryant. Starting as early as the interview process, candidates should focus on how the company will contribute to their professional growth and development and make sure that aligns with their career goals.

“During the interview process, candidates should probe for details on how the company will contribute to their professional growth,” says Bryant. “Not just the raw skill sets, but learn what you can expect in terms of continuing education, personal growth, travel. If you’re going to pour your passion and devote most of your waking hours to a company what will you get in return?” he says.

[Related: Inside the Changing Role of the CISO ]

“You want to ask, specifically, how your own personal and professional objectives fit in with those of the company, and how that ties into your compensation, too,” says Bryant. “If you get a ‘deer in the headlights’ look in response, that’s a red flag and there most likely won’t be that much room for personal growth and advancement,” he says.

As an example, Azzarello Group’s Patty Azzarello describes an interview she had for a position that was described as “strategic.” “Everyone I interviewed with was saying they’d be thrilled to have me on board to drive this ‘strategic position’ and help grow the business in a certain direction,” Azzarello says. “But when I talked to the CEO, and I delved into the ‘strategic’ aspects of the role, he simply nodded and didn’t seem to be on the same page. He didn’t understand what I was talking about!” she says. Azzarello adds that it’s important to make sure your own expectations and objectives fit with those of the company, and that candidates are very clear about what’s important to them, both personally and professionally, she says.

“Make sure you’re not the only one talking about these objectives, and the interviewing team isn’t just ‘nodding along’ to placate you,” she says. “That’s a huge red flag, and you’re not going to be happy or successful if you’re feeding them lines and they’re agreeing just to get you into the position,” Azzarello says.

Make sure you ask about performance reviews, mentoring programs and other on-the-job training and support relationships, adds Bryant. These are more important to your success and happiness than most candidates realize, and are often overlooked.

Observe and Interact With Your Potential Colleagues

Your powers of observation can be critical when scoping out a potential new job or career path, says Cleverbridge’s Johanna Aiken. Plan to arrive at the interview location early, and simply sit and observe, she says.

“I recommend arriving at least 10 minutes early; sit in the lobby and just observe, because you can gain a lot of insight just by watching the employees interacting with each other in a non-professional way,” Aiken says.”Take note of the general ‘vibe’ in the office. Do you see people coming and going frequently? How do they talk to each other? What’s their tone of voice? Their body language? How do the employees seem that differs from what the company claims is their culture?” she says. “If you see behavior or overhear conversations that make you uncomfortable, don’t ignore it. This is one of the best ways to gauge what the working environment will be like,” she says.

Azzarello suggests going out to lunch or for a cup of coffee with the interviewing team, if that’s possible, to get an inside look at how your potential supervisors and colleagues handle their ‘power,’ either real or perceived.

“Ask them what expectations they held coming into the job and whether or not those were met. Ask them if they have the tools and resources they need to do their job effectively. Ask what the biggest obstacles are to success, and why those aren’t removed,” Bryant says.

“If you’re looking for specifics about the person who’ll be your immediate supervisor, ask things like, ‘How does s/he communicate? What are her/his methods for holding people accountable? Can you describe a typical decision-making process? Do you feel like you have the support and freedom to do your job or are you micromanaged?” says Azzarello.

But remember, Aiken cautions, to take some of this information with a grain of salt. Since the interviewing team will be selecting the folks you’ll have access to, you may not be getting the entire, unblemished picture.

If you do end up in a situation with a bad boss or a poor working environment, it can be helpful to know if your state supports the idea of “at will” employment, says Bryant.

While “at will” statutes empower employers to hire and fire as they see fit, employees can also benefit, especially in a booming tech industry market where employment’s plentiful, he says.

“If you’re in an at-will employment state, you’re not bound or beholden to the company to stay, or even to give two weeks’ notice if you decide to leave,” Bryant says. “Especially in IT, it’s a bustling economy and you can walk away; with a low unemployment rate, it can be much more productive to find another situation than to stick it out under a bad boss or in a bad work environment,” he says.

“Always remember to ‘run to’ a job for the ‘right’ reasons,” says Cleverbridge’s Aiken. “Even if you’re currently in a bad situation, make sure you’re taking a job opportunity because it’s the right thing for you, not just because you hate your current situation,” she says.

That said, it can happen that sticking it out under a bad boss or in an otherwise less-than-ideal job situation is worth it if it opens doors and clears the way for even greater professional and personal growth and advancement, says Azzarello.

“From my own experience, I worked under a boss who was a walking red flag,” she says. “But that position and the experience I gained opened up so many more opportunities for me later — jobs with global scope, with increasing external responsibilities, rapid advancement. So, you should always gauge the pros and cons and decide what’s the best for you and for your future,” Azzarello says.