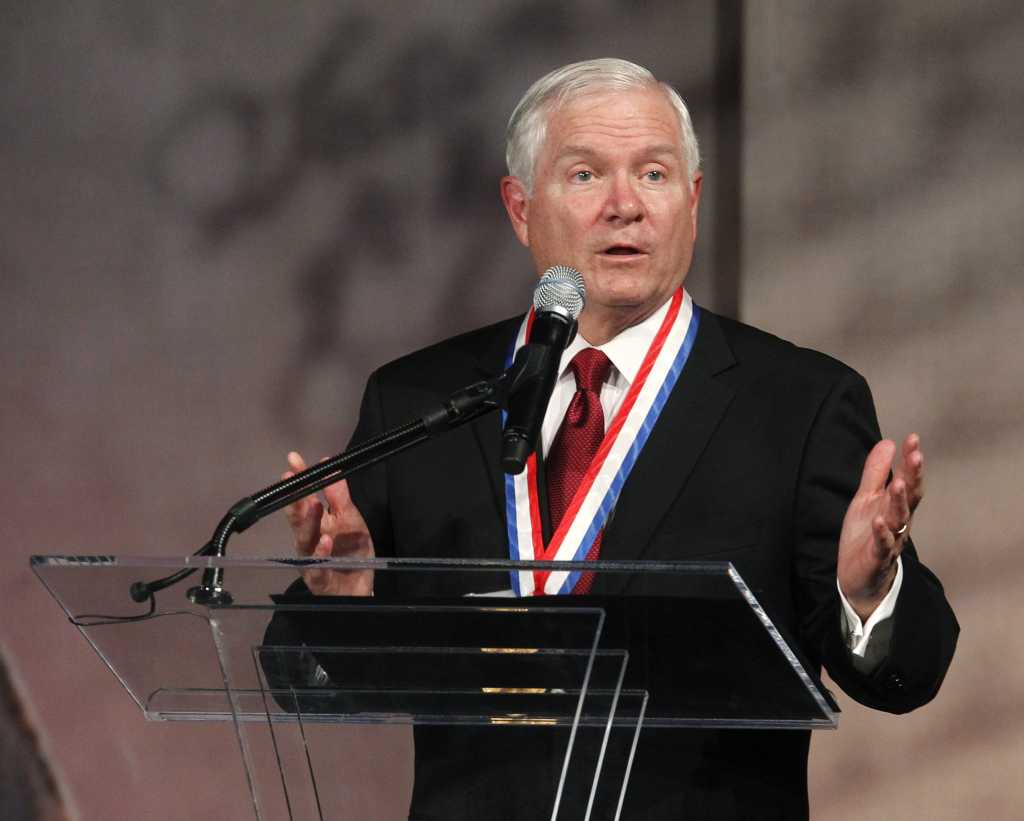 WASHINGTON — The troubles at the Department of Veterans Affairs are in part the result of the failure to set up a system of electronic health records (EHR), former Defense Secretary Robert Gates said on Tuesday.

“One of my chief regrets as defense secretary was the Pentagon’s inability to come up with a common platform for sharing electronic medical records with the Department of Veterans Affairs, which continues to be the cause of much delay and dysfunction, as we have recently seen,” Gates said in remarks at a federal IT forum.

No Fond Memories of Government IT

Showing no nostalgia for his time in Washington, Gates, who led the Defense Department under Presidents Bush and Obama, reflected on many of the challenges and frustrations of revamping the technology apparatus within the government’s largest purchaser of IT.

He described an environment where bureaucratic institutions stand in the way of innovation and nimble development of new applications and processes. In that context, setting up an EHR system for the VA proved too tall of an order.

That department has since become engulfed in a scandal involving long wait times for veterans seeking care that ultimately forced the secretary of the department to step down. The department’s inspector general is currently conducting an investigation to determine how many veterans died while awaiting treatment at VA facilities.

The VA scandal is certainly much bigger than just a tech issue, and Gates did not dwell on the matter. Instead, he offered a wide-ranging critique of how the federal government acquires, deploys and manages its technology portfolio.

Gates is all for modernizing those systems, though he warns against hinging purchasing decisions on anticipated cost savings.

Vendors commonly bill their offerings to federal CIOs as a boon to the agency’s bottom line. And it’s no wonder. At a time when departments and agencies have been grappling with flat or declining budgets and facing mandates to modernize operations and improve services, cost is a driving factor in the CIO’s decision-making process. But the promised savings often prove elusive, according to Gates.

“IT change is always sold on the basis that it’s going to save money. I’ve been at this for the better part of 30 years, and I have yet to see a single dollar saved,” he says. “I’ve very, very rarely seen real dollars saved through change in IT. But what I have seen is extraordinary leaps forward in capability and in efficiency.”

Past isn’t necessarily prologue, however. Gates does allow for the potential of technologies like cloud computing and ongoing efforts such as the government-wide push to consolidate data centers to yield significant expense reductions.

But the costs of those and virtually every other large-scale tech transformation CIOs are weighing are front-loaded, which can make them difficult to implement in a time of rigid budget austerity.

“The challenge here as with many areas of government reform is that IT initiatives that can generate major savings over time typically require a significant financial investment up front, all the more difficult in an era of sequestration,” Gates says.

[Related: Healthcare.gov Website ‘Didn’t Have a Chance in Hell’

As a practical matter, then, that budget reality argues against going for the big score — say, a wholesale migration of an agency’s systems and infrastructure to the cloud. Government tech watchers have often warned against the “big bang approach” to federal IT projects, calling instead for a more incremental, measured process of scoping, acquiring and deploying systems. Some observers have suggested that the botched roll-out of the Healthcare.gov website was doomed from the outset by virtue of the ambitious scale of the project.

Beyond setting reasonable expectations for tech deployments, Gates echoes a familiar lament among advocates of government IT reform when he calls for greater cooperation and harmonization both within and among agencies.

DoD Takes IT Into Its Own Hands

At the Pentagon, Gates set in motion a concerted push to streamline the Defense Department’s IT operations, a process that began with an assessment of the systems and facilities in place.

“We found that most of our bases and headquarters had their own separate IT infrastructure and processes, which drove up costs and created cyber vulnerabilities,” he says.

Though DoD maintains what is far and away the largest IT operation in the federal government, the fractured situation that Gates describes is hardly unique. All across the government, stories abound about bureaus and sub-agencies running their own IT shops, often headed by a more or less autonomous CIO and run with minimal coordination with other units of the organization.

By operating in those types of siloes, agencies have somewhat predictably ended up with underused data centers and duplicative commodity applications like email.

“Government agencies will have to collaborate more instead of approaching technology in a stove-piped and fragmented way,” Gates says. “Turf fights, parochialism and the demand of each organization exclusively to own its own IT all must give way to new thinking and new approaches, and that will take sustained leadership and management discipline.”

“What is needed most of all are leaders who are prepared to challenge convention thinking, break crockery, stop doing what doesn’t work well — or at all — and set a new course, all of which of course is the opposite of what goes on in most bureaucratic structures. But radical departures can be done,” Gates says.