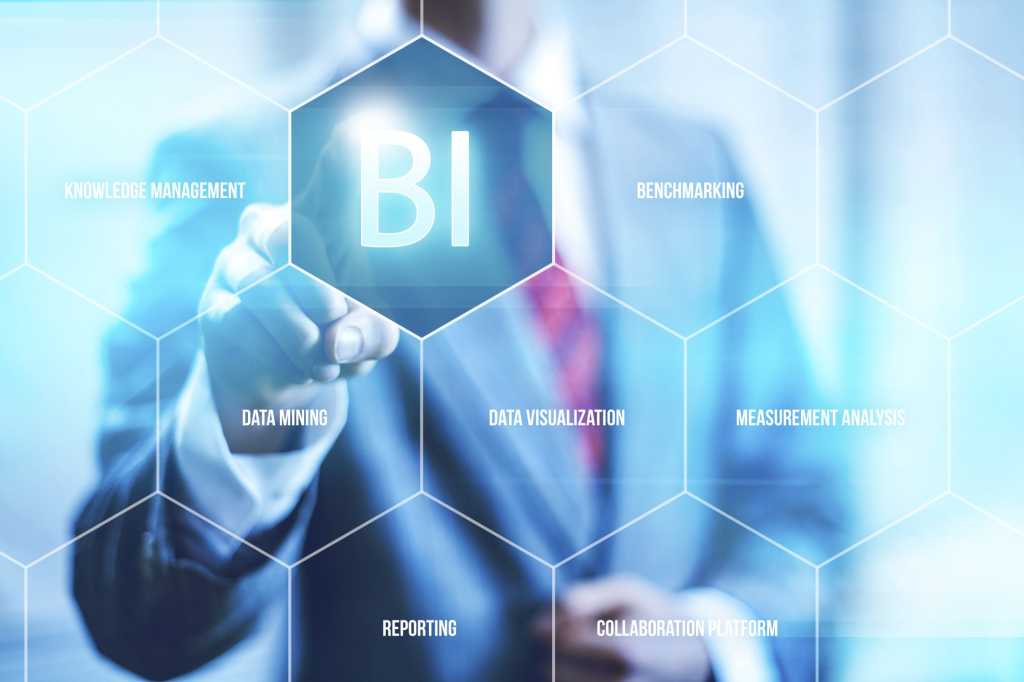 Brian Jackson, CIO of Texas Tech Credit Union, wants to boost the amount of data being used by employees to make decisions.

As such, Jackson continues to fine-tune the organization’s business intelligence (BI) strategy, which launched in 2014 with its initial implementation of BI tools.

Over the interceding eight years, Jackson has worked with his peer executives to mature the program. They’ve upgraded to a new BI platform from software maker Domo, trained more workers on the tool, and developed a plan for advancing the use of data and intelligence even further.

Such moves, he says, have helped the credit union leverage data more often and more effectively throughout the organization, noting that a “game-changer for us” has been getting workers to query the data by phrasing requests as actual business-oriented questions.

Jackson is hardly alone in his attention to data, as organizations of all kinds prioritize data projects. Yet even as companies look to advanced data-fueled technologies such as automation and artificial intelligence, organizations still find significant value in well-run BI programs.

A recent survey of more than 700 business leaders conducted by analytics tech company Unsupervised found that 71% of businesses have implemented a BI strategy, with the desire to forecast business, improve customer experience, gain a competitive advantage, speed up data analysis, and make more data-driven decisions being the top reasons for a BI program.

And their BI investments are paying off, according to the survey data. It showed that 94% saw their company’s revenue increase post-implementation.

Yet business leaders also acknowledged challenges to their BI programs. According to the survey, top 10 roadblocks to BI success include software-related issues, lack of adequate budget, lack of training and expertise, lack of strategy, unclear strategy goals, and lack of companywide adoption.

Those findings show, and Jackson’s comments illustrate, that a successful BI program is about more than just technology. Here are 12 essential elements that can help overcome those challenges to create a successful BI strategy.

1. Consider your existing infrastructure when selecting a BI tool

Ashley Fitzgerald, senior director for data science and analytics at Appnovation, a digital consultancy, once worked with a client who had purchased a multimillion-dollar BI package that couldn’t connect to the company databases, even via APIs.

Rather, the company had to build integration tools to enable the flow of data. Essentially, Fitzgerald says, “We had to build a tool on top of the tool they bought.”

That extra technology added unnecessary cost and complexity to the product, which could have been avoided by being more attentive to the existing infrastructure, the BI software available, the limitations of each and how those would impact deployment, she adds.

Jackson agrees, saying that the credit union once had a BI application that was difficult to scale and required hard-to-find specialized tech skills. So when the organization sought out a new solution, “finding the best solution we could leverage with the existing infrastructure we had in place was top of mind for us.”

IT infrastructure requirements should not be the only requirement influencing BI tool selection, says Sri Manchala, CEO of Trianz, an IT service management company. The CIO and the IT procurement staff should solicit the workers who will be using the software to understand what kind of questions they’re seeking to answer and how they want to receive answers to those questions.

“Spend enough time with the business to understand what their priorities are, what kind of insights and visualization they’re looking for,” he says. “Let the business describe what they want, and then [IT] can figure out how to deliver that.”

Such information will help identify what data stores the business will require for their BI needs, what kinds of interface might be most useful to the users, and what features and functions would best meet business needs.

“It’s less about the technology and more about the business, the data they have, and how they interact with it. It’s about creating a data-centric culture, to be able to provide those insights back to the end users to tell that organization’s story,” says Steve Tycast, senior director of data and analytics at AIM Consulting.

3. Bring due diligence to the procurement process

To some degree, BI tools have become commodity products, says Chris Herman, a senior analyst and contracting specialist with Swingtide, a management and IT consulting firm. That may take some of the pressure off the selection and procurement process, he says, because “when everything in the market does reasonably well, you’re not risking a complete disaster.”

But when CIOs and procurement teams take shortcuts in the contracting process because of that, they can be left with a product that won’t meet business expectations.

“They implement a garden-variety agreement based on the demo and, as a result, risk not getting an optimal experience,” Herman explains.

Instead, he reminds companies to be as diligent when contracting for their BI systems as they are for core applications, with competitive requests for proposals, detailed service-level agreements, and clear deliverables.

4. Cultivate a culture that trusts the data

Organizations that want data to truly inform decisions need to cultivate a culture that embraces that vision and build an infrastructure that supports it, says Sanjay Srivastava, chief digital officer with business transformation services firm Genpact.

Enterprise leaders must make available the right data — that single version of the truth. Then they must demonstrate to business users that they can trust the data and, thus, the answers produced by their business intelligence tools.

“Having that truth and trust in data is super critical,” Srivastava say.

And they need to demonstrate the value that data brings, by modeling how to use BI for everyday business needs.

“There’s a little bit of top-down,” he notes. “But there is the bottom-up piece of it, too. If someone says, ‘It just doesn’t look right,’ you can’t say, ‘Trust me.’ You have to expose it, show them the history, where the data came from. That lineage is what gets you to that trust.”

Similarly, enterprise leaders who want to optimize the value of their BI initiatives need to incorporate change management into their strategies and include adequate user training, Fitzgerald says.

That, though, isn’t always happening.

“People often think you turn on a light switch and you have a program,” she says. “Even if you built the perfect platform with clean data, only [a small percentage] of companies think about training, adoption, and optimization.”

Fitzgerald says she typically plans for three to six months of change management and training to ensure a BI tool is being fully utilized, noting that “we need to tell people what they need to look at to drive their decision-making. Go through their day-to-day activities and say, ‘Here’s where you can use the tool.’ Study which widgets are being used, which aren’t, and where do people still go to Excel.”

She worked with a medical device company that had less than 10% of its salespeople use a newly deployed BI platform but found that those workers using BI sold more. Company executives then showcased the success of those early adopters and had those early adopters run sessions to teach their colleagues how they, too, could use BI to boost job performance.

“We focused in on what would motivate them — selling more — and used that to train,” Fitzgerald says, adding that the combination quickly drove up the adoption rate.

To get there, Srivastava says CIOs must put the ability “to explore and interrogate the data into the hands of the business user.”

That means delivering, for example, functions that enable users to visualize data in ways that facilitate recommendations or lead them to new queries.

Srivastava says this is about the democratization of data, which happens when CIOs “build tools that can be used by not data scientists but by business users.”

7. Put governance in your BI strategy

BI tools should bring data to more workers throughout the enterprise, an accessibility that can create more real-time visibility into the business but could also create privacy and security risks if not adequately managed with controls.

“The CIO has to bring this tool kit,” Srivastava says.

Governance should address data privacy and security as well as regulatory compliance.

But it shouldn’t end there, according to Herman, the Swingtide analyst. He says governance should also include procedures to check how well BI tools are working over their lifespan so that CIOs can identify needed adjustments, improvements, and upgrades.

Like so much else in IT and business in general, an effective BI strategy involves iterative improvements as well as bigger leaps into more advanced uses of data, such as predictive and prescriptive analytics.

An effective BI strategy should reflect that.

“Data is a journey and not a destination, so IT should continue to play a strategic supporting role to understand the new and evolving tools and technologies to support the ability for business users to access and utilize the data,” Tycast says.

Kateryna Dubrova, a research analyst with ABI Research, agrees, stressing that the BI program should be able to change along with transformation priorities.

“The best approach for BI is that iterative one, which also leads to expansion as business units choose where or whether BI meets their needs,” she says. “The strategy should be considered as a dynamic and unstoppable process that can take in any future decisions in business or environment.”