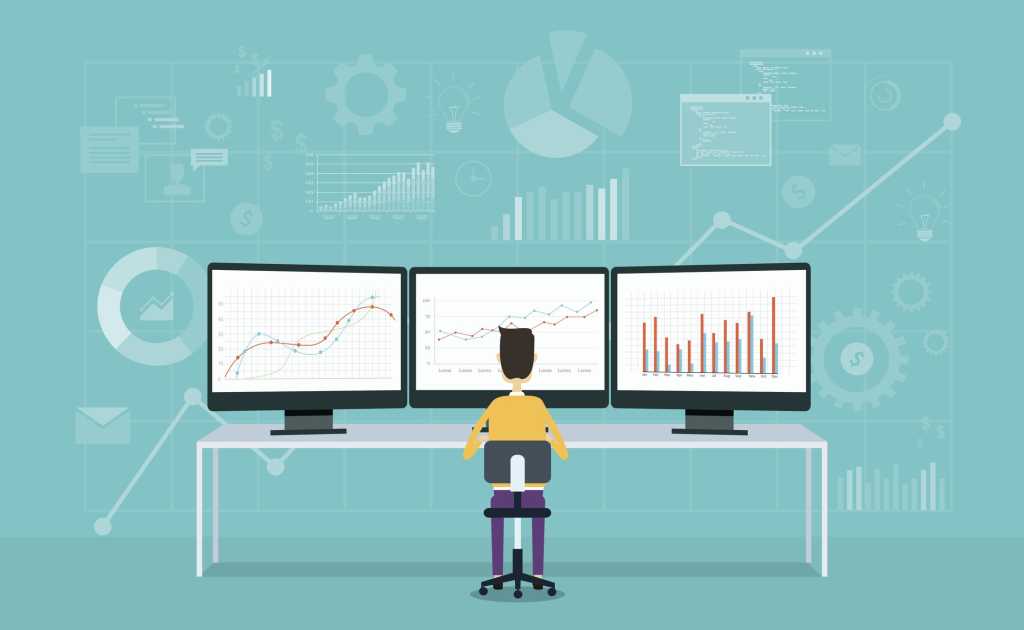 The productivity gains of using more than one display at work are well-established and generally accepted. The additional display real estate helps reduce clutter and makes it easier to find the correct application window. While deploying more than one display is straightforward for desktop machines—just plug in additional graphic cards—if you’re working on a laptop you have far fewer options.

Here we highlight six ways to use multiple displays with a laptop, including a couple of portable solutions suited to traveling executives and alternatives for employees working from a laptop-based workstation.

Yes, you can use your tablet as an external monitor with your PC or Mac OS X laptop. There is literally an app for that—several, in fact, are listed below. These applications install a virtual video device driver on your laptop that transmits the requisite screen updates to the tablet. An app running on the tablet translates the received data stream and renders it onto the screen—effectively using the as a highly portable monitor for your laptop.

Overall, the apps work well for office productivity tasks or Web surfing, though none claim to work with video playback. To conserve bandwidth, most will also disable user interface frills such as Windows Aero when in use.

The iPad’s hardware restrictions mean that apps for using the iPad as an external monitor make use of Wi-Fi, though the iDisplay App for Android tablets recently added support to work with a direct USB connection. (For the convenience of wireless connectivity, it must be remembered that Wi-Fi networks may not always be available when on-the-go. Fortunately, a free Windows utility such as Connectify can be easily installed to allow a Windows 7 laptop to work as a Hotspot access point for the tablet.)

Apps that transform an iPad into an external monitor for a Windows laptop include DisplayLink and MaxiVista, while DisplayPad will let Apple’s ubiquitous tablet work in the same way with a Mac laptop. Other than iDisplay, which works with both Windows and Mac laptops, ScreenSlider will also allow an Android tablet to serve as an external monitor under Windows. Air Display, on the other hand, will work with iPad and Android tablets, with a Windows PC or a Mac.

Professionals such as auditors and consultants who may frequently be required to work at various locations will know that a portable USB monitor used with a laptop helps to greatly increase work efficiency. This is made possible by technology DisplayLink developed to compress video data and pump it over a USB link, where it is uncompressed and decoded by a specialized chip made by the company.

By embedding a DisplayLink chip into an energy-efficient LCD monitor and drawing power directly from the USB interface, manufacturers have been able to come up with portable USB monitors that can fit into the same size bag as a laptop. Moreover, the availability of faster CPUs on laptops and the high bandwidth available in USB 2.0 and USB 3.0 means that the usage experience no different than that of a conventional monitor for most users—and can even allow for video playback on external monitors.

Models include the Field Monitor Pro, a 4-pound portable monitor that packs a larger 15.4-inch screen and folks shut like a laptop for stowing away, and the Lenovo ThinkVision LT1421 USB monitor, which tips the scales at just 1.91 pounds (0.87kg) and draws its power entirely from the USB port. Since older laptops may not deliver sufficient current from a single USB port, the ThinkVision and other models typically come equipped with a two-pronged USB cable to alleviate this problem and make it possible to use multiple displays.

If you don’t need portability but use a laptop at your workstation you’ll appreciate the Graphic eXpansion Module (GXM) technology developed by Matrox Graphics. The technology works by means of a small GXM appliance connected to the laptop’s display output, where it masquerades as a monitor with an extraordinarily high resolution. Depending on whether the DualHead2Go DisplayPort or TripleHead2Go DisplayPort adapter is deployed, the USB-powered GXM will split up this high-resolution output and deliver it to either two or three side-by-side monitors that are connected to its own video output ports.

The advantage of this technique for using multiple displays is that it taps into the inherent graphics processing power of the graphics processing unit (GPU), which means that the visual experience ends up being the most seamless of the multiple display options. Beyond getting the graphics driver to work properly with the GXM, there is no need to modify the operating system or employ any form of low-level hacks. One downside is that using the GXM does mean that additional displays are effectively stuck in a landscape configuration and cannot be switched into portrait mode.

Strictly speaking, the company’s GXM appliance works with both laptops and desktops, though it is of greater benefit to laptop users. Obviously, the GXM will work only with a graphics card of sufficient oomph, and the company has developed a compatibility tool to figure out the maximum number of displays and resolution that can be supported on a particular rig. The latest GXM devices released by Matrox are the aforementioned DualHead2Go and TripleHead2Go, both of which accept DisplayPort as input and will work with both PC and Mac laptops.

The DisplayLink technology mentioned earlier can also be implemented for a laptop-based workstation, where up to six displays are supported per system using specialized DisplayLink adapters. Since the DisplayLink technology consumes a fraction of the processing cycles from its host, one drawback is that it may perform poorer in underpowered systems or when multiple large displays are used, as opposed to solutions that uses dedicated display adapters.

Another way to overcome the limited options available to laptops is to make use of the ExpressCard slot built into many laptops to drive an external graphics card, or GPU. This is typically achieved using an external PCI-E enclosure connected to the laptop using an ExpressCard adapter. A desktop-based PCI-E graphics card is then physically installed into the enclosure, where it communicates with the laptop at the full 2.5Gbit/sec throughput specified in ExpressCard 1.0 or 5.0Gbit/sec for ExpressCard 2.0. Solutions that leverage the higher 10Gbit/sec in Thunderbolt has also started to appear, though they pertain only to Mac laptops for now—PC laptops with Thunderbolt ports have yet to arrive at the time of this writing.

As you can imagine, setting up a PCI-E expansion chassis and installing a PCI-E graphics card is a significantly more involved process. In the context of deploying multiple monitors with a laptop, existing device drivers may also not play well with those needed for the external GPUs. And while the ExpressCard standard calls for the capability to perform a hot-swap, device drivers often behave unpredictably when cards are swapped in or out, necessitating a system shutdown prior to the insertion or removal of the ExpressCard adapter.

Magma is one vendor that makes a range of PCI Express expansion chassis that connects to laptops using an ExpressCard adapter, with support for enclosures that can hold up to 16 PCI-E expansion cards. Village Instruments also sell a range of PCI Express docks created with an emphasis on getting getting graphics card to work with laptops equipped with ExpressCard slots, while Sonnet is already shipping the Echo Express Thunderbolt Expansion Chassis.

If nothing else, you can use software to chain old laptops or computer systems together in order to use multiple displays as part of a single system. One such application is MaxiVista Multi Monitor Software, which has a client component that installs on PC laptops, desktops or even the Mac. Though it works reasonably well over a fast LAN, the main workstation must be a Windows machine, and there are restrictions on how monitors may be arranged. Moreover, client laptops or PCs must be kept powered up, which represents an additional cost due to their electrical consumption.

In conclusion, while there are a handful of ways to use multiple displays with your laptop, most of the options require that you purchase additional adapters or appliances aside from the additional LCD monitors needed. Given the advent of cloud technologies, you may actually be better served working on a desktop computer and leveraging the cloud to transparently sync your documents with laptops to use when you are out of the office. Ultimately, the ideal solutions will vary from user to user.