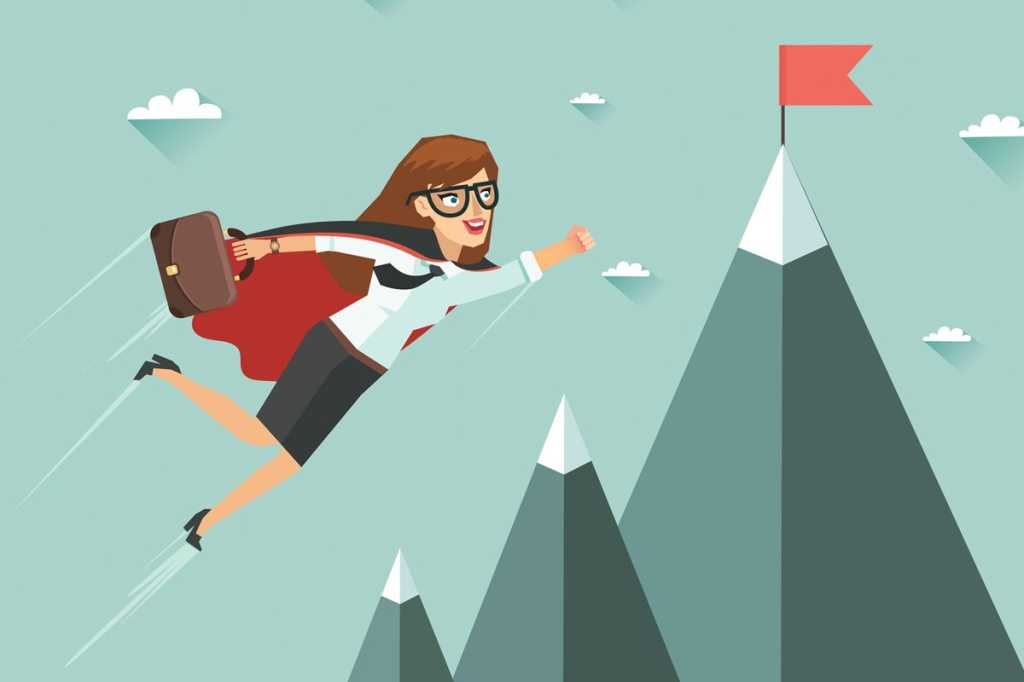 1. Explore options where you are

First, consider why you’re thinking of leaving, and explore options for improving your situation where you are, says Jayne Mattson, a career management consultant at CareerEngage.

[ Get a leg up with our free tech resume samples and expert advice. | Prep for your interview with these eight websites for researching your next employer. | Sign up for our newsletters for tips and trends in IT employment. ]

Doing so will depend on the level of trust that exists between you and your manager; don’t go overboard and start telling everyone at the office, she adds.

“You can initiate these conversations with people inside your company, but it has to be people you really, truly trust. It has to be someone whose integrity you’re sure of, who can help you navigate a lateral or an upward move while keeping it close to the vest,” Mattson says.

Think about what’s frustrating you at your current job and consider whether or not some changes could make things better. Would remote work or a few days of telecommuting improve your outlook? Could you move to a different department? What can you do to make your current work situation more enjoyable and rewarding?

If the answer is no, or if changes aren’t an option, then by all means, go, says Roy West, CEO of The Roy West Companies. “You should go quietly, gracefully, swiftly and never look back,” West says. “If you are not currently working for someone who clearly understands that your growth and their growth [boss/organization] is an implied contract and common goal, then you are compelled to find one that does and will.”

2. Consider being a boomerang employee

If you left a previous job on good terms, it’s worth getting in touch with former coworkers to see whether there are new opportunities available. You won’t need as much time for onboarding, are already familiar with the company’s technology and culture and can often contribute much more quickly, says Vicki Salemi, author, consultant and careers expert for Monster.com.

“Companies are now a revolving door — and that’s a good thing. Rehiring boomerangs decreases time to fill and our time to onboard. Companies already have ‘intel’ on former employees, so they can look back and say, ‘Oh, this person was wonderful; maybe now they’re more senior, or they have new skills or better experience they can contribute here,'” Salemi says. time to le

You also can “boomerang” with companies that didn’t hire you, says Mattson. If you’d interviewed with an organization in the past, or received an offer and turned it down, it’s worth revisiting those connections.

“Go back and say, ‘I’m actually exploring other options now, and I was really impressed with you and your organization,” even though accepting a position wasn’t right at the time. “‘I’d love to catch up and see what’s been going on since we last spoke,’” Mattson says.

If you’re trying to land a job while you’re still employed, you need to minimize the competition for available roles; that means getting the timing of your search exactly right, says Doug Schade, a partner in the software technology division of WinterWyman. Late summer is a great time to launch your search, he says, as the number of available roles stays pretty constant, but the number of active job seekers drops.

“August, in particular, is a great time to begin looking,” Schade says. “Many people wait until September to get searching in earnest; they wait until their summer vacations are over and their kids are back in school. So, August is the perfect time to get a jumpstart on a new job,” Schade says.

4. Keep your job hunt a secret

It’s never smart to lie to your boss, but it may be a necessary evil if you want to hold onto your current job. Some companies’ policy is to let go of people who are actively searching for a new job. So keep your job hunt on a need-to-know basis. One misstep from a friendly coworker could mean a pink slip or damage your reputation with the company.

Donald Burns, executive career strategist and coach, agrees: “Absolutely do not tell your boss — doing so will compromise your most valuable asset, namely, your current employment. As soon as the company discovers you’re looking, they will start looking for your replacement. Your job is probably toast. You’ve ‘crossed the Rubicon’ and there’s no going back,” says Burns.

However, if your boss asks you directly, don’t lie; frame the issue like this: “One way to handle it is by saying, ‘Lots of changes are happening here lately. I don’t want to leave, but I’m a little nervous and just thinking about Plan B,’” Burns says.

Even things like your wardrobe can give you away. If you normally wear business casual clothing but suddenly show up in a suit and tie, it’s a major indicator that you’re interviewing. Try to schedule interviews before or after work, or make time for a change of clothes to avoid giving yourself away.

5. Don’t use company resources when searching

Conducting your job search on your current company’s time or dime is never a good idea. During office hours, your current job should be your primary focus. Underperforming will tip off your boss and colleagues that something is going on. It’s unethical and disrespectful, and not likely to garner a great recommendation from your present company when the time comes.

Recruiters understand discretion is often part of the process, and are willing to do what they can to keep things discreet, so be up front with them. Set up meetings and calls during off-hours or lunch, and make sure your resume lists specific times when it’s best to reach you.

Avoid using company email addresses or your current work phone number. One inopportune phone call or email can jeopardize your current role. Plus, using a work email address for your social media accounts can get you locked out of your profiles when you do leave and your old email address gets shut down or redirected.

Social media can be a job seeker’s best friend, if you know how to leverage it correctly, Schade says. LinkedIn should be your first stop, but don’t make the mistake of updating your professional profile only when you’re looking for a new role — that’s a dead giveaway.

“Ideally, you should be updating LinkedIn constantly; it’s a living, breathing document that shows potential employers what you’ve been working on and what your value is,” Schade says. “Unlike other social media and social networking sites, it has the added advantage of being viewed positively by your employer. They want you to be updating it and adding to it, because it can reflect positively on them,” Schade says.

But remember, if you’re updating your LinkedIn profile substantially in hopes of finding a new job at a different company, you need to take some precautions, says Mattson, as it can tip off your current employer.

“Turn off your public notifications,” she says. That way, your current employer won’t see if you’ve changed your status to ‘open to new job possibilities,’ or notice that you’re doing a major overhaul, which can signal to them that you’re thinking of jumping ship,” Mattson says.

You also should avoid making public comments about your job search on sites like Facebook, Twitter and Instagram, as many organizations monitor those sites for employee activity. If you must use these to help in your search, make sure your profiles are locked down and any job-hunt-related posts or messages are private.

The majority of employers feel that referrals from their current employees make the best hires, so reach out frequently to friends, family and former colleagues to find out what roles are available at their companies, Mattson says.

Networking can be tough while juggling a full-time job, but there are ways to make it work, she says. “Try scheduling early morning coffee dates, either in person or via Skype or FaceTime, for instance. Or meet for lunch, dinner or drinks to talk about opportunities,” she says.

You also should research to see whether professional organizations or companies are holding networking events or career fairs in your area, Schade says.

8. Don’t be careless with your resume

Be selective about whom you give your resume to, and explain to those recipients that your job search is confidential. Don’t post your resume on public job boards, either, as that’s a pretty blatant way to get ‘found out.’ “Spamming your resume at any time is bad business,” West says, but especially when you’re currently employed. “It does not work, and if you are currently employed, you are easily ferreted out when you respond to online inquiries. Even providing your resume to be privately circulated is a risk. There are no secrets,” says West, so be incredibly selective.

Regardless of your situation, bad-mouthing your company or superior isn’t going to get you a new job — it’s a major red flag for hiring managers and recruiters. It’s important in the interview to remain positive and focused on what you bring to the table.

“Tell them the truth,” says Burns, but put a positive — or at least neutral — spin on things. “Something changed at the company, or you’ve reached a point where you’ve gone as far as you can go and can’t spend years waiting for a promotion. Make sure you never even hint at anything negative about your current employer. I’ve met people who claim to understand this rule, but let negative things slip during interviews.”

Avoid bashing at all costs, even if your boss is the reason you’re leaving. Think of something positive to say, or keep comments very general and shift the conversation to a positive about your performance.

10. How to handle references

Have at least three solid references from different employers; only use someone from your current place of employment if you trust them not to spill the beans or if they’ve recent left the company themselves. Accidentally using your current boss or supervisor as a reference likely won’t sit well with them if they get blindsided by a potential employer’s phone call. References should be given upon request only, according to West, and even then, done with the express caveat that your job search is confidential for the time being.

For whatever psychological or analytic reason, employers prefer to hire someone who is currently working. The perception is that ‘someone wants this candidate.’ Unemployed candidates have an advantage only if they possess skills or talents that are in extremely high demand. “You are perceived as more desirable by potential employers and you are in a stronger negotiating position. In fact, some employers harbor a ‘secret’ bias against hiring unemployed people,” says Burns.

So, if you’re currently working but thinking about moving on, make sure you’ve done all your homework and are putting yourself in the best position to get the job you want before leaving.

More on finding your next job in IT: