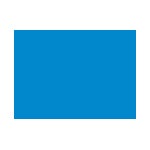 #Founders Chats
Dell #Founder Chats allows founders to tell their stories, provide advice and spark exciting innovation for all of us.

Eric S. Yuan knows about the challenges befalling those who can’t communicate face-to-face. The founder and CEO of Zoom Video Communications recalls that when he and his wife attended schools 1,000 miles apart meeting via train was impractical. Pursuing a vision of making video conferencing mainstream, he believes the commonality among successful companies is the ability to execute on the vision and strategy and discusses the two critical elements to succeed: focus and the courage to try, and if you fail to try again. That’s the path he’s taking as he aims to build the best service in a highly competitive market. And he has forged a similar path previously: Arriving in San Francisco one blue-sky day as Netscape, Yahoo! and other emerging companies were generating excitement over the potential of the Internet, he thought the Bay Area was the hub of innovation and soon landed at startup WebEx where as one of the founding engineers he grew the team from 10 to 800 worldwide, contributing to a revenue peak of $800 million and acquisition by Cisco.