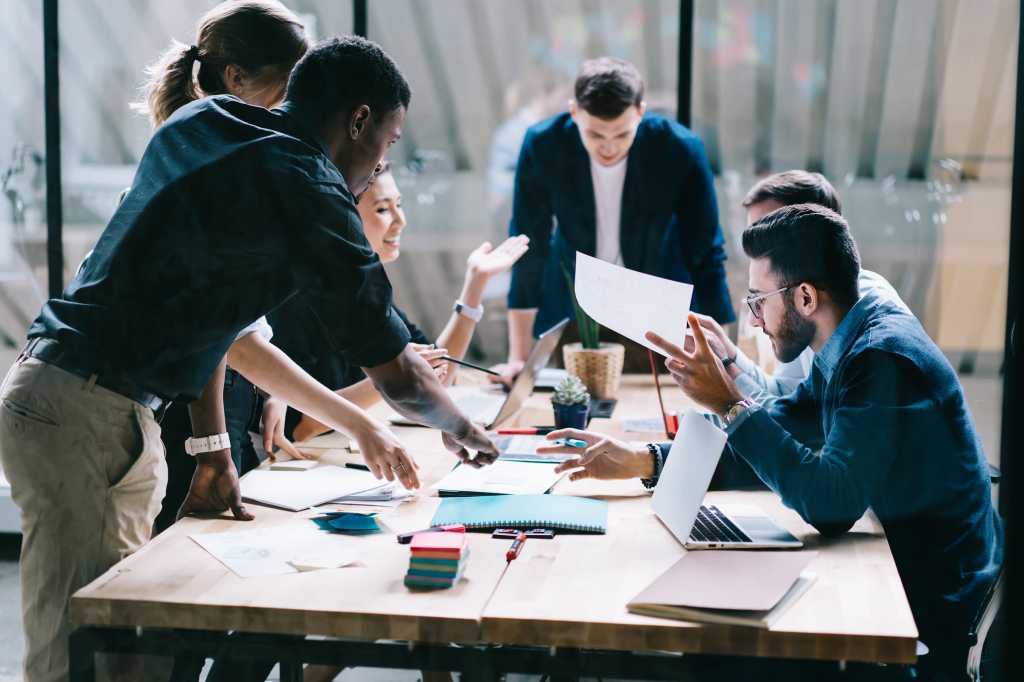 Cross-functional teams that blend IT and business professionals are nothing new, but now they have become almost a mandate.

At Sun Life, such teams are referred to as “agile teams,’’ and CIO Laura Money believes they are “much more productive and can make things happen faster.” Not only that, but because these teams include consumers of the service being developed, “we notice we get a lot more impact and more value for the client when teams work that way,” she says.

The pandemic provided a reality check that the world needed to become more digital and that meant tech and business strategies needed to merge, she says, resulting in increased reliance on cross-functional teams. No longer was it feasible for IT to build something and “throw technology over the fence” and then have the business say that’s not what it needs, Money notes. “It doesn’t make sense given how tightly technology is tied to the business moving forward with their strategic agenda.”

Going cross-functional also gives organizations an edge in hiring and retention, Money maintains. “If you want the talent, you have to work this way,” she says. “People now feel it’s more productive and they feel it’s part of something important when they are working on small teams … [young] people don’t want to work in the waterfall way.”

Gartner also believes cross-functional teams are the future. By 2024, the research firm predicts 30% of corporate teams will be without a boss due to the self-directed and hybrid nature of work. Doing so will make teams more efficient, the firm contends, as evidenced by the shift during the pandemic to peer-to-peer decision-making to save time and reduce bottlenecks.

“The role of the manager as the commander-and-controller of work is a major impediment in an era where business agility requires team empowerment and autonomy,” according to Daryl Plummer, distinguished vice president and Gartner Fellow. “Planning, prioritizing, and organizing work efforts still must happen, but it is essential to decouple ‘management’ from the traditional ‘manager’ role to reap the benefits of business agility and hybrid work.”

Following is a look at how several organizations are transforming cross-functional teams into busines success.

Because PepsiCo spends a lot of money on advertising, it makes sense for IT and marketers to partner on digital initiatives that help the latter make smarter investment decisions by measuring the effectiveness of marketing campaigns, says Vaibhav Kulkarni, e-commerce data products and infrastructure engineering head at PepsiCo.

Cross-functional teams have existed since PepsiCo launched its e-commerce business and the teams are tasked with building digital capabilities for consumers and employees to unleash the full potential of machine learning and data, he says.

There are multiple cross-functional teams called “pods” comprised of stakeholders from engineering, data science, and business units that are highly integrated and collaborative, Kulkarni says.

Right now, his group is working with data science, engineering, and marketing personnel globally to build an ROI engine, which is a marketing optimization tool. The pods typically comprise 10 people and are spearheaded by project managers who are responsible for building product vision and a roadmap, he says.

ROI engine is a larger project and has just over 20 members, Kulkarni says.

“These pods have daily standups and biweekly meetings to make sure we’re prioritizing the tasks and to deliver value to business,’’ he explains. “It’s really important to keep all the cross-functional teams in sync to deliver projects successfully.”

Referring specifically to the ROI engine pod, Kulkarni adds that “sometimes over communication is good.”

All groups are represented in the daily standups, and that’s when any issues or “blockers” are addressed or escalated. For example, “if the business team found a bug in our web app and then because of that they can’t view a certain report or make a decision, they will bring this up in our daily standup and the team discusses who is responsible for this and how do we resolve the bug effectively and efficiently,’’ he says.

Building a self-sustaining, empowered, and successful cross-functional team requires that they be autonomous, Kulkarni says. Team members also need to have clearly defined roles and responsibilities and the right representation because there are “so many moving pieces.”

“When we start a project, we make sure we have proper representation from multiple engineering groups … and everyone gets a seat at the table,’’ he says.

As a startup, all initiatives at home dialysis company Outset are developed by cross-functional teams. Delivering hemodialysis technology and innovation in an industry that hasn’t seen much progress in decades takes a broad, cross-section of people, says Isaac Stockwell, senior director of IT.

“IT is a business enabler through and through,’’ Stockwell says. “We exist to enable business process and the business to achieve their objectives. And we cannot effectively enable the business without really, really strong partnerships built on solid relationships.”

Recently, Eleonora Manuel, director of people operations, systems, and analytics at Outset, partnered with IT to develop a collection of “talent vitality dashboards” to gain greater insight into diversity, workforce retention, and attrition.

But the largest cross-functional initiative is the Director’s Community, which comprises 49 directors and senior directors across Outset who meet quarterly to translate strategy into action.

“Many of us have been working remotely, so we were trying to build a space” for people to share experiences and learn new skills, Manuel says. Additionally, “with so many new folks coming into the organization, we really wanted to build those connections so that people feel more comfortable connecting with each other.”

The team’s first session in September was centered around data and the directors were given access to the talent vitality dashboards, she says.

“There was not a person in the room that wasn’t … genuinely interested in not just what [Manuel] presented, but how do I get more of this same data? How do we get different cuts? How do I begin to leverage similar platforms to gain insights into my own data?” Stockwell says.

In early 2022, Stockwell will lead a directors’ meeting with a focus on collaboration and helping employees get more out of productivity platforms.

“I think there’s huge opportunities there to democratize what has historically been very much IT-centric capabilities,’’ he says. “And so IT now shifts the focus toward delivering and supporting the platform and helping enable the business through training and education to do more on their own” in a self-service model.

Manuel and Stockwell expressed mixed reactions to the Gartner prediction on self-directed teams.

It is likely a nod to the flattening of organizational structures and removing some levels of middle management, Stockwell says. If senior leaders grow to understand how the work people do every day “has a meaningful impact and aligns with corporate goals and corporate strategies, I think that’s how teams without a boss are ultimately possible,’’ he says. “It is a very bold prediction. I don’t know that I agree with it entirely.”

Rather than teams not having a boss, Manuel says she sees a relationship between employees and their leaders changing dramatically.

“Instead of having a manager tell you what to do and giving you direction that’s very specific, I see great managers and great leaders empowering their employees,’’ and pushing as much decision-making as possible to people in lower levels of the organization and helping them be more self-sufficient, she says.

Manuel has four pieces of advice for forming productive cross-functional teams, starting with establishing a clear mission and ensuring everyone on the team fully embraces it.

Second, roles should be defined by leveraging “team members’ unique strengths, unlocking the various skills and expertise you have access to in a cross-functional team,” she says.

Echoing Kulkarni, Manuel also says teams should be empowered “to ensure members have the authority to make decisions and act autonomously, while also providing access to resources needed to reach the mission.’’

Lastly, organizations need to “foster a ‘speak-up’ culture, where every team member can openly share his or her opinion; there is value and learning in respectful disagreement,’’ Manuel says.

A focus on continual improvement

Sun Life’s cross-functional teams typically range from eight to 12 people and are co-led by a business product owner and a technology owner, who are referred to as “two in the box,’’ says Money.

For example, if there is a backlog and a team is able to deliver only 10 items, “they’ll help with things like adopting techniques to speed them up,’’ such as DevOps and using templates for testing design, she says. “They’re really like a coach. If you’re a professional athlete, it’s not like you get good and don’t need a coach anymore; … the coach never goes away.”

The most effective teams spend about 20% of their time improving how they do things rather than focusing on just delivering functionality out the door, Money says.

About half of Sun Life’s teams are agile and the company is moving further in this direction for new projects, Money says. But she makes the distinction between being on the journey of agile and being agile, noting that it takes a month or two for teams to do more than they would have if they weren’t cross-functional.

“It takes a couple of years to be fully mature with the digital enterprise way of working,’’ Money says, and estimates that only 20% of Sun Life’s teams are fully mature right now.

One of the agile teams has been working to enhance the company’s Lumino Health platform, which helps clients find healthcare providers and has search and ratings functionality. Now the platform has a telehealth feature so patients can have virtual appointments with their doctors.

There is also a project under way to allow US clients to enroll and access supplemental benefits. “The great thing is it’s in pilot so [the team] continues to enhance it’’ with frequent, agile releases, Money says.

She believes the Gartner prediction could become a reality, saying that as agile and multidisciplinary teams mature, “It’s not magic. Over a few months, they get in a groove and can make lot of progress and move forward. Once you have a team for a year or two, they don’t need a boss. They know where they’re going, they are self-directed.”

These teams will do a better job than their boss would ever be able to do in directing how the work happens, what the priorities are, and working through backlogs, Money adds.

“I think a smart structural boss will say, ‘I’m not interfering in that because they’re way smarter than I am in executing and directing the mission and what’s important to the client,’’’ she says. “They’re the ones living and breathing it. … No boss wants to get in the way of a high-performing team — no smart boss.”