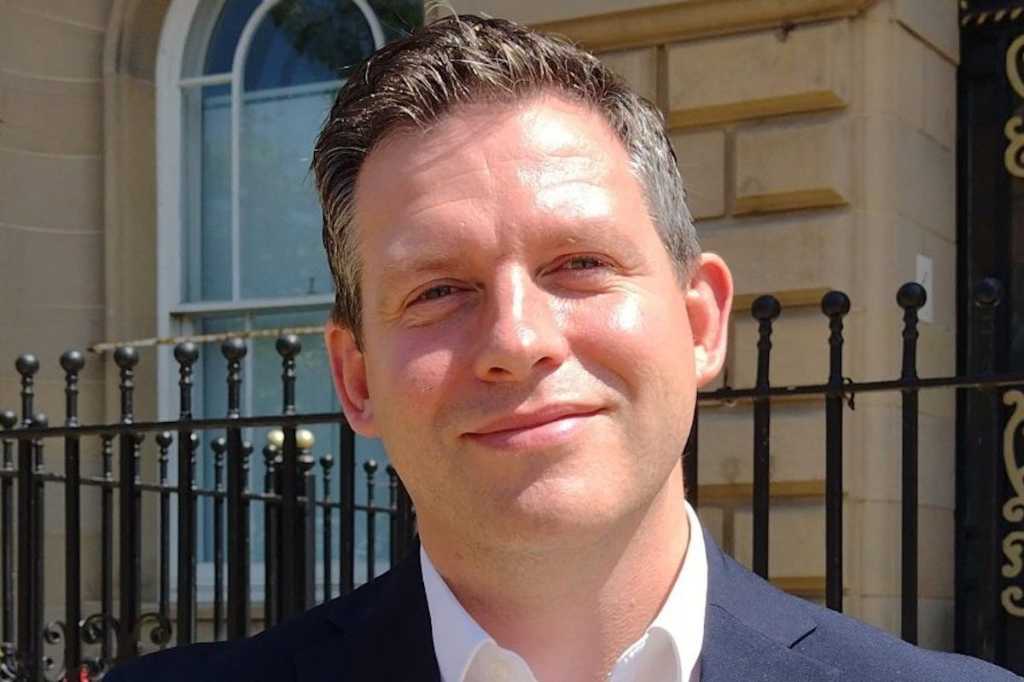 Paul Fleming, strategic director of resources at Blackburn with Darwen Borough Council, topped the 2021 CIO UK 100 after an incredible year in which he led the council’s digital response to the COVID-19 pandemic, pioneered a contact tracing system which became a blueprint for the UK and drove significant advances in team culture, diversity and technology modernisation.

Fleming, a first-time entry to the CIO UK 100 no less, spoke at the CIO 100 ceremony about working with local and national bodies through the pandemic, supporting employees and citizens via digital channels, transforming IT delivery and building diversity and new skillsets into technology teams.

“The horror of local government is that there isn’t a pure technology CIO role; it’s a CIO role, which lots of things are added onto,” said Gibbs, executive director at Bracknell Forest Council, who praised Fleming’s contact tracing model, technology partnerships and efforts on digital strategy, culture and D&I (diversity and inclusion).

“I sit here green with envy, having said to my chief executive, ‘This is what we should have been doing’. I take my hat off to him.”

Fleming has faced an assortment of complex challenges over the last 20 months — from standing up IT infrastructure to supporting remote colleagues, offering digital services to house-bound citizens, and responding to an unprecedented health crisis — as Blackburn became a national hotspot for rising COVID transmissions.

In the first wave of UK government lockdowns, Fleming says the focus was on ‘keeping things afloat’. Quickly, however, it turned to responding to a humanitarian crisis.

“We knew there was going to be this restriction on public life,” says Fleming. “We realised, knowing the vulnerability of parts of our community, that we needed to step in, in a very different way than what we’ve done before.”

Fleming’s teams introduced some 30 digital forms — online versions of paper documents used to record information — throughout the first waves of the pandemic. They went live on the first day of lockdown so citizens could remotely request medication delivery, food and supplies, get access to befriending services, apply for business grants, school meals, or book Lateral Flow Covid testing.

Built on a SaaS low-code platform — developed in conjunction with public sector IT provider Abavus and offering a front-end user interface so residents could access such services online — the forms have since evolved to support new waste, recycling, registrar and other council services. Blackburn with Darwen Council is currently in the final stages of developing waste online services through microservices developed in-house on Microsoft Azure, which is integrated with the low-code platform.

Fleming, who adds that the council has worked with Netcall for contact centre support, says that approximately 150,000 forms were submitted in the financial year 2020-2021, with over 54,000 residents registered on the system in a borough with 60,000 homes. Approximately 20,000 form submissions were for resident help and private sector business grant support.

The test and trace project is arguably the jewel in Fleming’s crown.

Blackburn was the first council to launch an enhanced contact tracing model back in August 2020, having initially worked closely with Leicester City Council. At the time, council officials believed that the UK’s national contact tracing system (through NHS Test and Trace) was not tracing enough cases, or fast enough, so Blackburn developed its own in an effort to contact local people. Local and central government entities have subsequently collaborated to allocate, manage and track the rising number of COVID cases; typically, if the national system cannot make contact with a local resident after two days, their details will be passed onto the local service to help find additional contacts.

Blackburn with Darwen Council worked with Public Health England and the Department of Health and Social Care, as well as local public agencies and third-sector parties, to develop a minimum viable product (MVP) of the contact tracing platform within two weeks, which included mapping out the platform’s processes and workflows.

Blackburn soon became the national blueprint, with Fleming working with local government officials to give national talks and presentations to other councils. He believes that the initiative has saved lives and taxpayer money, and says its success is down to multi-disciplinary teams.

There was clear human impact, too.

“The one human story that really hit home was that we got through to a lady, she didn’t speak English, she lived with a daughter, she was a single mother. And she was in fear of her and her daughter’s life.

“We were able to get through and speak to her in her first language, and offer the support and make a difference to her life. For me, it’s the human impact that always trumps whatever we do from a place of digital or process.”

Amongst Fleming’s other notable achievements were the completion of a digital strategy focused on moving to mobile computing through Microsoft 365, the introduction of a new data platform to provide COVID intelligence to the board and migrating email, finance, HR and payroll systems to the cloud to improve resilience, maintenance and agility.

But perhaps most pressing of all, was the development of his own teams in order to keep up with surging demand from citizens and employees alike.

During the summer of 2019, the council underwent Government Digital Service (GDS) training in agile ways of working, including the rapid development of solutions, multidisciplinary development and user research — and Fleming says that the council has since used this learning in dealing with the pandemic. The familiarity with agile principles grew to the point where internal agile design training has since been delivered to almost 200 staff, across digital teams and the wider council.

“This resulted in many people with new skills redesigning processes and services,” Fleming noted.

The director of resources has also focused on developing devops and business analyst apprentices and is now seeing technology skillsets blend into more traditional line-of-business departments too; for instance, the council’s finance department is actively looking for junior staff members to learn about coding and business intelligence.

Diversity has also been a priority, with Fleming’s digital management team now comprising 60% women, and increasing diversity within the ranks. Fleming, who recently collaborated with HR to diversify disciplinary and recruitment panels, says leaders need to get comfortable with having uncomfortable conversations.

“What I’ve found is that when you have the right conversations and you’re championing the right values when it comes to people, others really respect that, and they thank you for it,” he said.

Fleming, who is also the SRO (senior responsible owner) of the Lancashire and South Cumbria Digital Discharge pathfinder programme delivering digitalised communications between hospital and social care systems, has a busy year ahead.

In a new role overseeing a wider team, including finance, legal, benefits, audit, performance and contracting departments, and now with over 350 staff under his tutelage, he’s focused on building out skills, supporting residents, continuing the council’s cloud migration journey and driving technological innovation.

Fleming has already piloted a scheme to improve access to digital health and care, helping people get online access to general practitioners, and he’s now leading an innovation programme across 15 Lancashire Councils, branded ‘The Lancashire Lab’, that is working on 17 different innovation projects currently. The programme is funded by the Department of Health and Social Care as part of their Covid self-isolation pilot scheme.

One of those is an IoT (internet of things) project that is tracking self-isolation, seeing how residents remain well in their home to ensure their physical condition doesn’t deteriorate, and monitoring ventilation and air quality. Fleming expects that programme to grow to 30 projects next year.

“It’s always really busy and we’ve got so much on,” said Fleming. “There’s never a dull day in local government and it’s always a great challenge.”