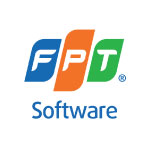 Businesses around the world are finding ways to emerge from the global pandemic, from offsetting the talent shortage, to optimizing business models to expedite the digital transformation process.

The answer to these challenges may come from Vietnam. Southeast Asia’s emerging technology hub is one of the world’s fastest-growing economies, and one that has a successful history of weathering COVID-19 far better than most.

In March 2021, the International Monetary Fund’s annual assessment of Vietnam’s economy reported: “Despite COVID-19, Vietnam’s economy has remained resilient, expanding by 2.9 percent in 2020—one of the highest growth rates in the world—and growth is projected to be 6.5 percent in 2021, thanks to strong economic fundamentals, decisive containment measures and well-targeted government support.”

Digital transformation will be a key contributor to this growth and is very much a focus for Vietnam’s Government. In June 2020 the Government released its National Digital Transformation Programme with the aim of achieving an average digital economy growth rate of 20 percent by 2025.

Leading industry players in Vietnam had already joined forces to drive the country’s digital transformation. In 2019, the five largest ICT companies in the country including FPT Corporation, Viettel, CMC, VNG, and MobiFone, founded the Vietnam Digital Transformation Alliance with the goal of Vietnam being a top four ASEAN country in digitalisation.

From a country whose economy was heavily dependent on agriculture 30 years ago, Vietnam has climbed 27 positions in the United Nations Industrial Development Organization’s (UNIDO) Competitive Industrial Performance (CIP) Index.

GDP growth in 2020 was 2.91 percent, putting Vietnam among countries with the highest GDP growth rate. It has been ranked fourth in Southeast Asia for digital readiness and ninth in a ranking of Southeast Asia’s digital nations. It has a population of 97 million people, median age of 32.5, and more than 400 universities and colleges.

The country has enjoyed a growing trade surplus in recent years. Imports and exports were on par at $US162 billion in 2015 and in 2020 Vietnam recorded $US281.5 billion of exports and a trade surplus of $US19.1 billion.

While foreign direct investment in 2020 was down 25 percent on 2019 to $US28.5 billion as a result of COVID-19, there have been some very significant projects.

In October 2020 LG Electronics and Trung Nam Land JSC inked an agreement to transform Da Nang – the biggest city in the Central Coast – into a centre of technology and R&D, creating a mini Silicon Valley in Vietnam.

In March 2021, Intel revealed plans to invest $US475 million in an assembly and test facility, pushing the company’s total investment in the country to $US1.5 billion.

In addition to the formation of the Vietnam Digital Alliance, 2019 also saw launch of “Make in Vietnam” by the Ministry of Information and Communications. It represents a drive to have digital products created, designed and manufactured in Vietnam for both domestic and overseas markets.

Dr Truong Gia Binh, Chairman of FPT Corporation, says the Government is aiming, with its National Program for Digital Transformation, for the digital economy to account for 30 percent of Vietnam’s overall economy within 10 years, and requires digital transformation to be a goal for all levels of the administration “The government wants every ministry and every province to have a program for digital transformation.”

He says the plan also calls for universal access to optic fibre broadband services and 5G, and for Vietnam to have 100,000 digital businesses and a 1.5 million strong digital workforce.

To date, Vietnam has 236 universities, 149 of which are offering IT training, adding more than 50,000 IT engineers to the country’s workforce annually. Vietnam is among ten nations with the highest number of IT students in the world.

A fast-growing economy, a well-focused government support and a robust talent pool make Vietnam the destination for enterprises seeking to expand their global footprint or shift their supply chain. Many of them have made great strides with the support of Vietnam’s pioneering IT player – FPT.

FPT was founded in 1988 and is today Vietnam’s largest information technology service provider, and one of its fastest growing.

It has revenues of $US1.3 billion and 36,000 employees, and delivers world-class services in smart factory, digital platform, RPA, AI, IoT, enterprise mobilisation, cloud, AR/VR, embedded systems, managed services and other services from delivery centres across the United States, Japan, Europe, Australia, Vietnam and the Asia Pacific.

As Vietnam’s leading IT firm, FPT has been contributing significantly to the national digital transformation program. FPT has been working with 40 out of 64 cities and provinces of the country to change the way people work and create a better standard of living. It has initiated seven sub-programs for industry 4.0 infrastructure, digital government, digital economy, digital society and mass digital transformation education.

In June 2020, FPT became the first technology corporation in Southeast Asia to form a strategic partnership with Canada’s Mila AI Research Institute. The three-year agreement includes plans for the establishment of a world-class AI hub in Vietnam.

Dr. Binh said FPT aimed to become the leading AI centre in Southeast Asia with the aid of Mila. “Vietnam’s young technology talents will have opportunities to approach, experience and learn AI in-depth. And FPT’s AI applications will be upgraded and improved continuously to help businesses effectively solve operational problems, build digital businesses for breakthrough in ‘the new normal’,” he said.

In September 2021, FPT unveiled a strategic collaboration with the global oilfield services provider Halliburton to accelerate digital transformation by lowering innovation costs and time to adoption across the petroleum exploration and production sectors.

Most recently, its subsidiary FPT Software has inked an agreement with Airbus to support more than 140 airlines and 9,500 commercial aircraft worldwide in optimizing operations and preparing for a green post-pandemic reboot.

Vietnam is going from strength to strength as a digital nation in a world where digital technology will become ever more important. The country looks forward to offering its potentials and capabilities to businesses worldwide seeking success in the digital economy.

Learn more about how to make digital transformation a reality with FPT.