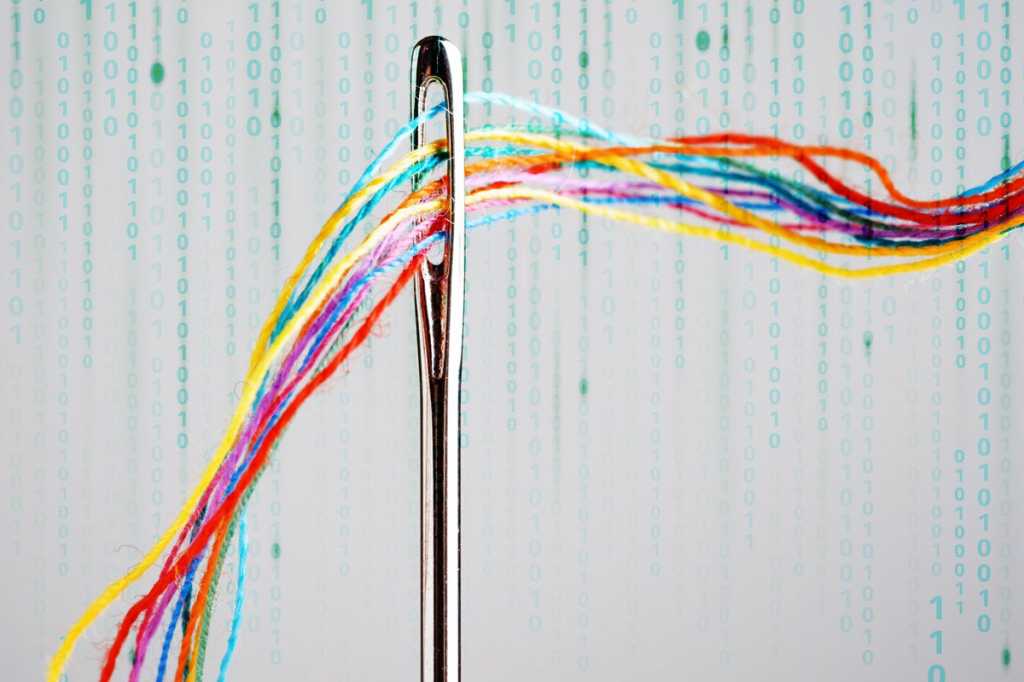 Serendipity in IT can be a great force multiplier. Just ask growing fabric-maker Camira Fabrics, which discovered the power of APIs when seeking to cut customer costs by bringing EDI in house.

Each year, Camira Fabrics produces around 8 million meters of fabric for use in contract furnishings and public transport seating — about enough to stretch from its headquarters in the North of England to San Francisco. Over the years, Camira has acquired a spinner and a dye house to make and color its own yarn, and has set up trading entities in Germany, Lithuania, China, Australia, and the US. In 2019 it expanded its US operations with the acquisition of San Francisco-based manufacturer Luna Textiles.

But a growing customer base also led to rising costs, as Camira had to pay a service provider £5,000 (about $7,000) or more to onboard each new customer to its EDI system.

“Onboarding of new customers was quite lengthy and expensive, so we looked at the feasibility of bringing that in house,” says Rick Loughrey, head of BI and IT development.

There were some constraints: Camira uses Sage X3 for its financials, but the core of the business runs on a custom ERP system that was developed in-house and now runs on premises on an IBM iSeries. Its spinning and dyeing operations run similarly customized software, and altogether there are around 10 systems that need to talk to one another and to customers.

Just as important, though, was Camira’s IT knowledge gap. “We knew nothing about the different communication protocols or how to go about setting those up or configure them, because we’d never had to,” says Loughrey. Until then, Camira had left all that to its value-added network (VAN) provider.

After evaluating a number of EDI tools over the years, in 2020 Loughrey came across Cleo Integration Cloud and was struck by the potential it offered to go beyond EDI management: It also offers connectors for ERP, CRM, e-commerce, and message queuing, with the possibility to create custom API integrations.

“A lot of the ERP systems that our customers are running on have got EDI capability built in or available in modules,” he says. “Historically, it was a common way of communicating electronically with customers,” he notes, but “API integration is more common these days.”

On premises for lower latency

Cleo’s platform is available in the cloud, but Loughrey opted to run it in house. “The majority of the data volume would be flowing to and from our on-premises IBM i ERP system, so it made sense to reduce latency as much as possible by having that integration platform on premises too,” he says.

Although Camira began with an evaluation license from Cleo, Loughrey took the move seriously, devoting three months of one developer’s time to training on the platform and working on some proofs of concept. “We wanted to ensure that the developer was comfortable with the environment, gained a good understanding about as much of the available functionality as possible and had a chance of hitting the ground running when it came to those early projects,” he says.

Soon it became apparent that Cleo’s tools for building custom APIs would be useful for other, more pressing projects, says Loughrey. One such project was to integrate Camira’s ERP systems with those of carriers — the likes of UPS or FedEx — serving its facility in Grand Rapids, Mich., a complex integration involving Camira’s iSeries, Cleo’s integration platform, and third-party software that enables integration with multiple carriers worldwide.

“When we kicked it off early in 2021, we envisaged that it would be a four- to five-month project,” says Loughrey. User acceptance testing finally began in December.

“There was a learning curve, because this is the first implementation of the type that we’ve done using the API connectivity,” he says, adding that the third party providing the carrier solution also made for delays. “Once we understood that they were having teething issues, we didn’t feel it was appropriate to jump into that relationship and go live ourselves too early in the process.”

Loughrey doesn’t want to name the third-party provider, as despite the delay he thinks Camira got a good deal on the software. “Because we got in there early while they were developing the platform, it’s a much lower-cost solution than had we gone to market with an established provider. We’ve had the flexibility to tweak it to our needs,” he says.

Loughrey’s experience in this project is that it’s important to weave a tight relationship with your software providers — and that on-time delivery, while important, isn’t always the most crucial element in a deal: A vendor’s willingness to tailor their product to your needs also counts.

“The biggest piece of advice I would give others in considering this kind of integration is to ensure that you have a proof-of-concept phase, dedicate the resources and time to getting the most out of that phase, and give the developers space to work it out — they’ll thank you for it later!”

Above all, working on the proofs of concept gave the Camira team confidence that the integrations worked, and a better idea of how long such work on other projects would take.

Now that Camira has an integration platform in place, Loughrey is looking to better integrate the various ERP-like systems across the enterprise, and to avoid more costly options for software modernization.

“The ideal would be to bring them on board to our existing ERP system, but we’ve got to consider whether that’s the best fit,” he says. That, or moving everything to a new ERP system, would take a lot of time and money. “There’s not a huge amount of appetite for that: the cost and the disruption. All these different business units that currently take advantage of the level of detail and the bespoke aspects that we can apply to those systems today, we’d have to make some compromises if we were to go down that road or spend a lot of money making that vanilla ERP system match our business processes again.”

Moving those applications into the cloud, even if they stay on the iSeries, is a possibility, and would allow Camira to move its integration environment to the cloud too. “We may consider that at our next hardware refresh because that is becoming more of a favorable option now within the IBM community.”

So what of the EDI integration project that started it all?

“After undertaking that EDI training, we’ve then gone straight into projects that encompass pretty much everything else other than EDI, so we’ve not had a chance to use that in anger as yet,” says Loughrey. “We don’t have any customers who are actively looking to onboard with EDI at this point in time and we’ve chosen to focus on these other integration pieces and then circle back to EDI in the middle of or late in 2022.”