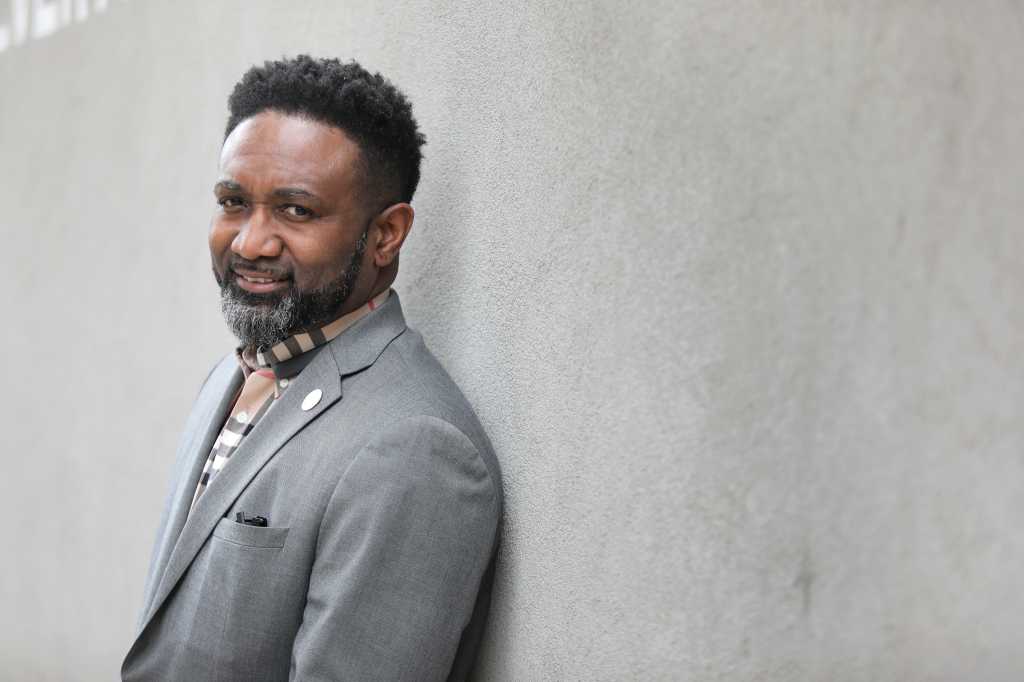 The Great Resignation hit the tech sector particularly hard in November as workers began to question their purpose and satisfaction with their jobs. The sentiment lingers today. Some 72% of US tech workers are considering leaving their current employer in 2022, according to a survey by TalentLMS. More than half of respondents say they suffer from job burnout, making them twice as likely to quit their job than those who don’t.

“There’s a collective question on everyone’s mind now about what am I really doing here?” says Holly Allen, senior director of engineering at Slack and a tech volunteer at the US Digital Response, a nonprofit organization that organizes teams of highly skilled and professional tech volunteers. “Hopefully everyone is happy in their day jobs, but sometimes being able to feel like you’ve made the world better in a way that you can describe quite easily is something that we need as a society and as individuals.”

Allen satisfies her servant soul by curating teams of volunteer engineers to work on USDR rapid response projects that help local governments and nonprofit organizations meet the critical needs of the public. The organization began in response to COVID-related crises. Teams have deployed vaccine-finder websites and streamlined emergency rental assistance application workflows for agencies. Since then, it has expanded into rapid-response projects that modernized the poll-worker management process in Harris, Texas, and automated support for evacuees in Afghanistan, to name a few.

For her part, Allen spends about five hours a week interviewing engineers from the volunteer pool to gauge their fit for a particular project. “Ninety percent or more of the people I interview have full-time jobs, and they’re doing volunteer work on nights and weekends,” she says. “Sometimes we have a project that speaks to them.”

Many projects need the skills of a CIO, says USDR co-founder Alex Allain. “A lot of times you’re helping people decide if the problem they’re trying to solve matches the solution they’re thinking of,” he says. IT leaders with problem-solving skills “can help partners connect the dots,” she says. The ideal volunteer brings a humble demeanor to projects and is willing to listen, she says.

Since March 2020, USDR has grown from 300 volunteers to 800 deployed volunteers, with 7,000 tech workers raising their hands to help.

Some professionals are between jobs and find tech volunteering an opportunity to reflect and decide what they want to do next, Allain says. Theresa Szczurek, former CIO for the State of Colorado, volunteers her CIO skills to help USDR understand the needs of the organizations that seek its help and determine whether the project is a match for the organization. She then advises USDR on to how to scope the project.

Szczurek expects to return to a full-time position soon, but she won’t stop volunteering. “I anticipate my role will change, but I would like to stay involved because it is such meaningful work,” Szczurek says.

‘A sense of purpose’

CIOs are also finding a deeper purpose by volunteering their skills closer to home. After a steady climb in IT leadership positions at high-profile companies, Michael Pegues found his purpose in his hometown of Aurora, Ill., as the city’s CIO. Pegues formed a partnership between the City of Aurora and TinkRworks, a local K-8 STEAM (science, technology, engineering, arts and music) curriculum provider, to offer project-based learning to disenfranchised kids.

“I grew up in this community and I see myself in these kids who don’t have access to STEM education and these resources,” Pegues says. “I got to where I was on my own” by joining the Army, which offered college tuition through the GI Bill. “When I arrived in this position, I thought how can I pay it forward?”

The after-school program looks to address the digital divide created by a lack of early STEAM education offered in public schools. The free program introduces students to projects ranging from simple coding to robot building to the physics of flight and drone design.

About 50 students participated in the first summer pilot program in 2020, then quickly grew to 750 students in four free, year-round sessions in 2021. This year, it hopes to introduce 1,500 low- and middle-income students to STEAM projects.

The program is administered through the city’s IT department and youth services division, and the IT department provides tech equipment and high-speed internet service to six learning centers across the community. TinkRworks provides the STEAM curriculum, and APS Training Academy, a local not-for-profit training program, supplies instructors.

Pegues hopes to someday implement STEAM education for all students K-8 in the city of Aurora. Local corporations and their CIOs can help make it happen. “We need to look past our four walls and just keeping lights on and business running,” he says. “Tech is the common denominator for local and global growth. If we’re not involved in the community, then we’re not doing our jobs.”

When Karl Hightower joined Novant Health as its chief data officer and senior VP in 2018, he was the perfect choice to lead its STEM education efforts. He had already founded the Tribute STEM Foundation in Dallas, which promoted STEM-inspired educational programs in his former community.

Hightower led Novant Health’s work with the Charlotte-Mecklenburg Schools’ Pathways program, which helps prepare students who want to embark on a career trajectory while still in high school. Some pathways offer certifications while still in high school. Others provide early credit toward a post-secondary degree. All of them offer the opportunity to connect with future employers, such as Novant, through job shadowing and internships.

“Everyone wants to get into healthcare. But you don’t always have to be a doctor or a nurse; there are lots of ways to enter into that field,” from radiology to app development, Hightower says. “How do we give kids a broader background, because sometimes they get into a field and say, ‘I’m really not a fan of it.’ How do you pivot?”

Through Novant’s high school internship program, students work with IT teams and participate in short-term, part-time paid “gig” assignments, where they can experience a career path and gauge their interest.

The pathways program reached about 750 students in 2019 before COVID forced students to learn remotely and stalled the internship program. But it’s important for tech leaders to continue their involvement in the community to promote education outside of the classroom, Hightower says.

“The structured learning environment doesn’t allow people the freedom to explore things that are interesting to them and develop their curiosity. You really want those kids to learn how to learn – and learn how to teach themselves. I love to watch people get excited about learning and growing. As a lifelong learner myself, you hope that it’s infectious,” he says.

Other senior tech leaders are helping college students learn to overcome obstacles to success. Raki McGregor, a vice president in digital products and services at Novant Health, has been active in the Charlotte community for more than 20 years. He describes the upward mobility prospects of the area’s young adults as a tale of two cities. “Some 97% of those who grow up in poverty will remain in poverty in Charlotte,” he says. Those who manage to emerge from it, he surmised, have a unique opportunity to share their stories, and he helped launch the Student Solutions Lab.

McGregor asked administrators at the University of North Carolina Charlotte and Johnson C. Smith University to identify students from underserved communities who were thriving in their junior or senior years of college. He then wanted to know: How did they persevere? What adversity did they have to overcome?  And what was that journey like? “Their stories began to paint a picture for us of what those stumbling blocks are,” he says. Armed with this knowledge, universities could anticipate those stumbling blocks early in the pipeline — as college freshman or high school seniors — and prepare them to overcome those obstacles by providing resources.

McGregor also wanted to reward or compensate student participants for their time. Both universities added courses to their curriculum that allowed students to earn elective credit for being part of the Student Solutions Lab, and students are paid $15 an hour, funded by Novant Health, for the time they spend providing their insight and, eventually, for serving as mentors and life coaches to younger college students.

“These young people are brilliant,” McGregor says. “I get the opportunity to uplift the generations and populations that are coming after me. The ultimate gratitude is when they call me when they get to college or get these phenomenal job opportunities.”