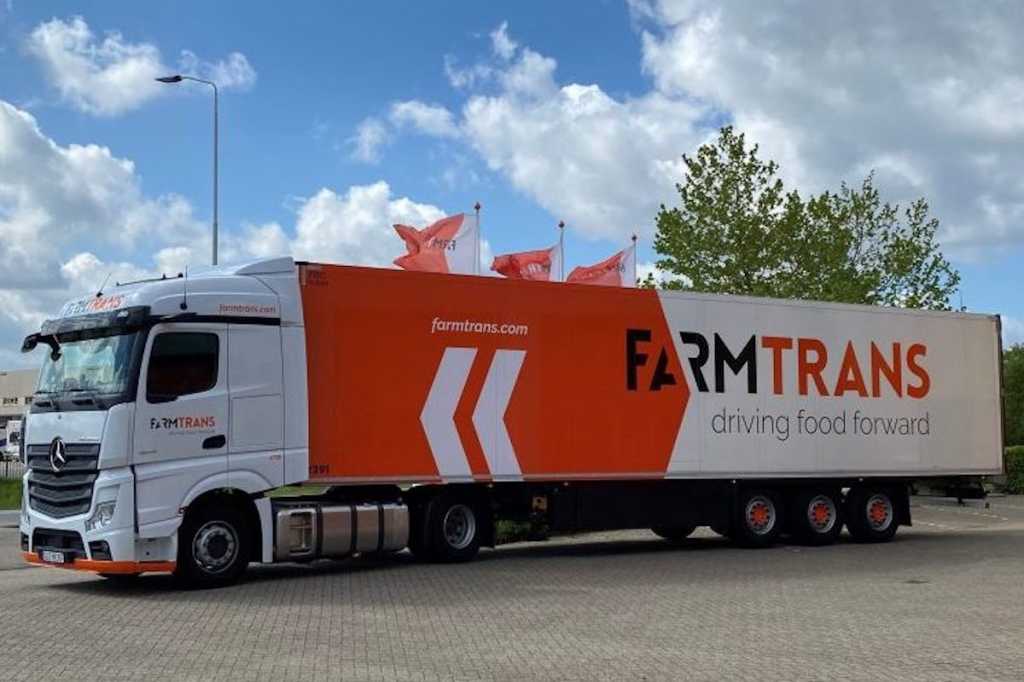 It’s no secret that Brexit created an international commerce headache for many. This is particularly true for companies responsible for transport of goods and services between the EU to the newly emancipated UK, thanks to new customs requirements that have disrupted trade between the two entities.

Netherlands-based Farm Trans was not immune from this disruption. Even before the new customs requirements of Brexit were scheduled to take effect on Jan. 1, 2021, a customer of the Netherlands-based food-transport specialist asked the company for a specific solution to help them navigate the new rules for shipping goods between the EU and the UK.

To meet the customer’s need, Farm Trans adopted a low-code approach to building a new logistics application since, given the uncertainties of Brexit, agility and flexibility in the development process were crucial. That approach paved the way to a fundamental change in the company’s logistics management, but not without some twists and turns.

“There has been a lot of uncertainty along the way because of how often Brexit was delayed,” said Michiel van Gerwen, team leader for Connected Services at Farm Trans, of the complex process of the United Kingdom’s exit from the EU.  “It was a lot of sitting back and waiting to see what would happen.”

However, by September 2020, it had become clear that there would be new customs requirements beginning in January 2021, which sent customers “panicking to make sure the products would still be getting delivered,” he said.

Until Brexit, Farm Trans — a medium-size to large food transport company that has its own fleet of trucks and trailers but also works with local transport specialists in other parts of Europe — used a system of Excel spreadsheets to keep track of transport across its European supply chain.

However, to solve the new custom requirements for crossing the new U.K. border, “that was too much labor,” he said. Farm Trans knew it needed to provide an easy-to-use and agile connected system for its customers, Van Gerwen said.

“No other party or transporter in Europe ever faced something like Brexit,” he told CIO. “We went from an open market to a closed market. There wasn’t a module we could just buy [to solve the problem.]”

Van Gerwen and his team put their heads together with the customs agent that was handling its transport into the UK, as well as a solution provider with which Farm Trans already had a relationship, Cape Groep.

CAPE Groep suggested that the company build an in-house solution using the Mendix low-code platform, with the idea that an agile development process would be suitable for a project where requirements could change.

“With low code, you can build very fast and very specifically, and make changes rapidly as well,” he told CIO. “We had only a short time to come up with a solution. There was no room to fail.”

What eventually became Farm Trans’ Logistics Managements System (LMS) started with the initial solution for one customer, a company that produces frozen potatoes. As Van Gerwen and his team were hammering out requirements and implementation of the system, it occurred to them that it could be expanded to all of its customers to handle transport logistics for the company’s entire supply chain.

This expansion idea also was an easy sell to Farm Trans’ leadership team, which gave Van Gerwen the green light to develop the system — a streamlined logistics application could give the company an edge over a competitive field that collectively was trying to solve a completely novel set of challenges.

“Looking at what Brexit did also was to take away the small transporters that couldn’t cope with these changes,” Van Gerwen told CIO. “So now [by meeting the challenge] we could get ahead of most of our competitors.”

Farm Trans rolled out LMS in phases, with the first priority to set up the customs-requirement system by January for the specific customer who requested it. However, Gerwen and his team always kept the big picture in mind as they developed the system.

“With every decision we made we kept in mind that we wanted to set it up for other customers, so we left some things open,” something that was easy to do using the Mendix platform, he said.

Farm Trans launched LMS in time to handle the UK custom requirements in January, then spent several weeks working with its operational team to hone the user experience, Gerwen said. By spring, other customers also could use the system to facilitate the export of goods from Europe to the UK, he said.

Within six months, the company then expanded LMS functionality to consolidate “all of the logistics of the supply chain into the solution,” Van Gerwen explained.

The system is now “total service” and can process all data — from order management to transport to receipt of goods — in the Mendix-based application, and is updated automatically using electronic data interchange (EDI) interfaces with Farm Trans’ most important transporters.

Farm Trans also began a phase of development in November to facilitate the import of goods into the UK, as the current functionality of LMS focuses mainly on the export process, Van Gerwen said.

By streamlining the supply-chain process, LMS has allowed Farm Trans to focus more on its core competencies to provide added value to customers, Van Gerwen said. However, the system, like Brexit, is still a work in progress. And like Brexit, it also did not come without its challenges along the way.

A current priority of a new phase of the system’s rollout is to prepare for Brexit rule changes that will come into effect at the start of 2022. However, Van Gerwen’s in-house team — comprising two others who deal with LMS at the operations level — will try to learn from missteps made in the initial development process as they evolve the system.

One thing they will do is try to gather all stakeholders to discuss requirements, responsibilities and deliverables before adding new functionality, something that is essential for supply-chain projects in particular, Van Gerwen told CIO.

The team also will be sure to factor in what can go wrong with the system as well as what can go right, something they learned can be a big hassle if it isn’t addressed early on, he said.

For instance, LMS didn’t immediately include a way to adjust information that was entered into the system incorrectly, he said. “We had to fill out an Excel sheet to work around even if it was just a small adjustment — for example, if it said the product was on pallets instead of in boxes, we had to take 20 minutes to fix the problem,” losing valuable time, Van Gerwen said.

Overall, however, building LMS using the Mendix platform has saved the company considerable time and money, he said.

“I think it would have been a lot more expensive if we used an already-made solution,” Van Gerwen said. “This way it’s doing exactly what it should be for us in a very short amount of time.”

The success of using Mendix also has inspired Farm Trans to consider the platform for new solutions to continue to transform its business digitally, he said.

The company already is working on developing its second solution based on Mendix with an app that can visualize data from the company’s data warehouse to provide customized reports to its customers via a portal. The system will replace weekly reports about their transport activity that Farm Trans currently sends to them, Van Gerwen said.