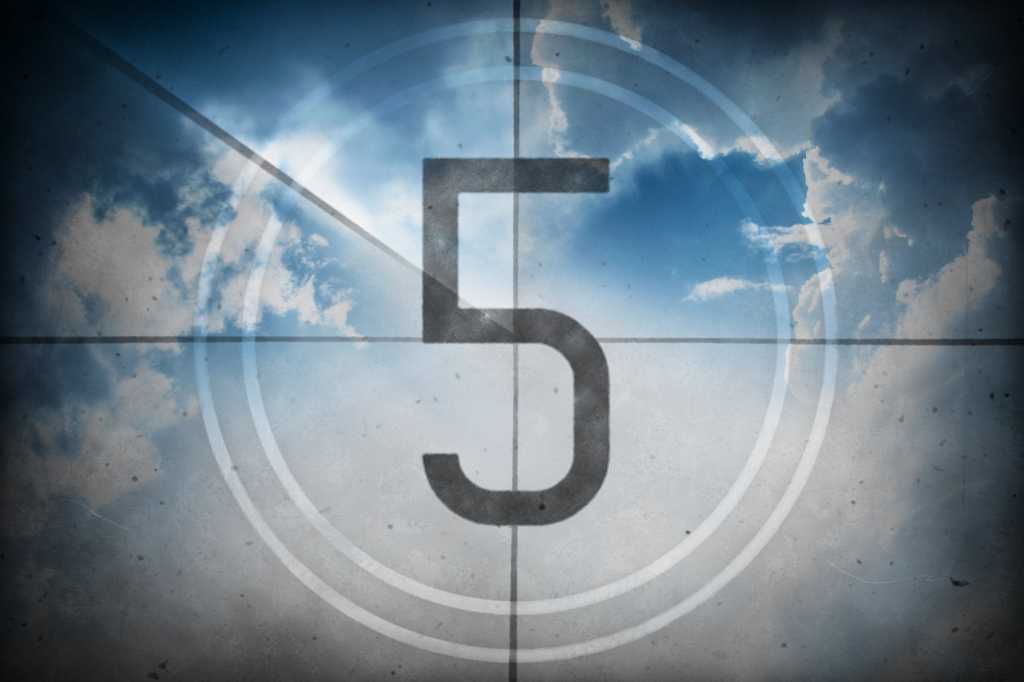 There are always growing pains associated with new technology—and the cloud is no exception. Many companies have made big investments but have been disappointed with the results. But giving up is not really an option: the cloud could generate as much as $1 trillion in value over the next decade just among the Fortune 500, according to McKinsey research [Disclaimer: The authors are employed by McKinsey]. Getting it right is a matter of urgency.

Moreover, this is not simply a matter of potential. Companies that have seen success with their cloud strategies understand something their peers don’t: where the value really is and what it takes to grab it.

Here are 5 actions taken by those companies that get the value equation right:

Invest to build business value, not just cut IT costs. McKinsey research has found that about 90 percent of the value up for grabs in the cloud comes from faster time-to-market, innovation, improved resiliency, and cost savings in business operations. When a large brokerage, for example, used the cloud to develop a new application portfolio, it increased feature development speeds by five times, while lowering operating expenses by 90 percent. The key is to identify what work can benefit from the speed, agility, and rapid scalability that the cloud provides and then investing enough in terms of teams and skills to get those benefits. Customer service has big potential; accounts receivable, not so much.

Rebuild operating model around products. Many companies try to exploit cloud with a traditional way of working, such as frequent handoffs, time-consuming reviews, and manual testing. That’s like upgrading to a high-performance car and using it just to pick up the groceries. Instead, make everything a product—think of e-commerce product displays, purchase confirmation, and personalized email—that can then be used by small teams throughout the company to build things customers want. This approach makes one team accountable for delivering a finished working product rather than pieces of the product.

To support this product orientation, companies should look to automate every part of the development and release process, including  server provisioning and infrastructure code generation. Successful implementations of product-oriented operating models can lead to productivity improvements in development and release of 20 to 25 percent, based on McKinsey experience with our clients.

Optimize the economics. The work of managing cloud for value is never done. That’s because cloud service providers (CSPs) are always rolling out new capabilities and because usage drives costs. The cloud is so easy to use that companies often end up using more of it than expected, leading to big bills.

Companies need to understand how much their apps are going to consume, when, and for how long.  Proper implementation of such optimization techniques as  real-time usage tracking, accurate demand forecasting, and process automation typically saves 20 to 30 percent of cloud costs, and sometimes much more, based on our own experience working with clients. One entertainment company reviews every application and system in the cloud every month. The engineers zero in on those that are costing the most and work on optimizing them, for example by developing serverless services to cut costs. The result:  savings of $3 million per year per engineer.

Don’t overlook foundational capabilities. Companies are often so eager to use cloud that they rush to build out or migrate applications without investing in critical foundational capabilities like automation or reference architectures. This has a number of value-killing effects, including long delays as cloud initiatives become jammed up, technical debt, and poor security and resiliency. IT resilience, in fact, represents almost 15 percent of the total value at stake in cloud.

Through more resilient architecture, for example, cloud can reduce downtime by almost 60 percent for migrated applications. When one payments company, for example, migrated its data centers to the cloud, availability almost doubled, while transaction times fell from 12 seconds to five.

Automation capabilities available from CSPs can also allow companies to better implement “security as code.” This approach renders cybersecurity policies and standards programmatically so they can be referenced automatically in the configuration scripts used to provision cloud systems.

Focus on migrating complete services. Companies have tended to focus their cloud efforts on transitioning applications, often with great urgency. This is theater, not strategy.  The result is often a disjointed set of applications on the cloud that don’t improve performance.

Take a customer’s buying process: If the user authentication app is on the cloud but payments processing still uses legacy systems, the benefits of cloud evaporate. The answer is to migrate a complete service or capability, such as mortgage origination, from beginning to end. This allows the business to build up the critical mass of mutually supporting applications to generate the full value. One bank, for example, is upgrading its retail payments to real time so is rebuilding everything in that domain, including its systems of engagement, integration and ecosystem layers, transaction processing, customer databases, fraud analytics, regulatory compliance, and service.

The cloud can be used well, or it can be used poorly. Both are happening today. Understanding what it takes to create value rather than to simply move to the cloud is the way to ensure that big investments deliver big returns.