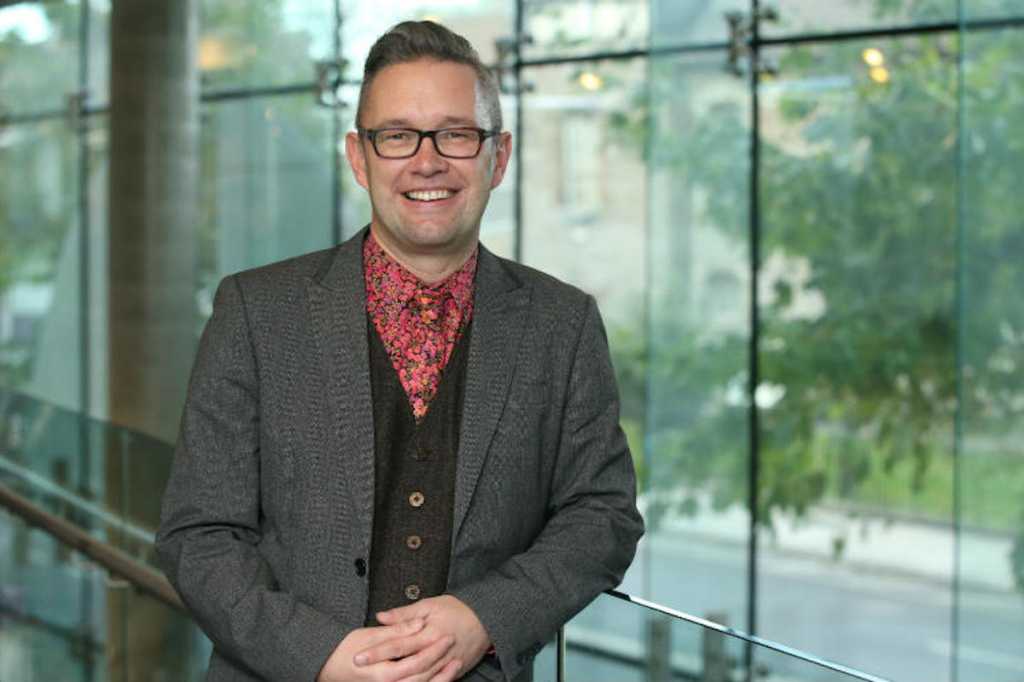 During a 20-year career in which he has crossed the public-private sector divide and held senior leadership positions as diverse as CEO, CIO and director of innovation, Boots UK and Ireland CIO Rich Corbridge has arguably seen it all as far as IT is concerned. But perhaps this is the first time he’s worked at an organisation where his CEO equates technology transformation to eating a Sunday roast.

“That’s really resonated with the people here — they’ve got to plough through the stuff mum and dad made you eat, before you get to the stuff you want to eat.”

With technology on the menu as part of the beauty and pharmacy retailer’s three-year roadmap, the former CDIO at Leeds Teaching Hospitals is working with the global CIO of Walgreens Boots Alliance to deliver technology at scale, pushing for the professionalisation of IT and investing in Boots’ e-commerce, marketing technology and personalisation to drive better customer experience.

The UK CIO’s role in a global platform business

Corbridge moved into the private sector in April 2019, joining High Street chemist and retailer Boots initially as director of innovation, a role in which he was tasked with reimaging customer experience and later, transitioning bricks-and-mortar high street services to online. It was only then, in August 2020, that he took on the CIO role once more, reporting into Boots UK CEO Sebastian James, with a dotted line into global Walgreens Boots Alliance (WBA) CIO, Francesco Tinto. Last year, he also took on responsibility for Boots UK and Ireland’s data and analytics department.

Today, he finds himself working for an organisation enjoying the benefits of globalisation with local market influence.

Corbridge sits on the executive board of Boots UK and Ireland, which is owned by US health group Walgreens Boots Alliance, and is closely attuned to store footfall, website traffic and sales, customer and patient experience, and how the organisation supports employees working in-store and in warehouses.

Traditional IT responsibilities, such as enterprise architecture, data science and the project management office (PMO), are managed centrally by a global IT department, which local business units lean on for infrastructure, cloud, network and security services.

Corbridge believes this global might of WBA offers the UK business significant resources and bargaining power in global contracts with the likes of Adobe, Cognizant and Microsoft. Equally however, it can bring issues around agility, governance and standards; for example, Walgreen’s investment in information security heavily outweighs that of Boots UK and Ireland, meaning it takes the local market longer to meet standards set across the Atlantic.

“It works well from an efficiencies point of view, as in the number of people,” says Corbridge of the global structure. “It’s complicated, because effectively Boots IT — the core functional teams, those platforms — have become a system integrator.

“It’s now [global IT’s] job to be part of our business, and face off into IT, to bring all the things that IT need to do to deliver into our business and for the good of customers and colleagues.”

Driving the professionalisation of IT

Like many, Boots has faced significant challenges through the pandemic. The company, which was founded by farmer-turn-shopkeeper John Boot in Nottingham in 1849, recorded a loss of £258 million in the year to August 2020 after reporting a £167m profit in 2019, although retail and pharmacy sales have since rebounded. Boots.com sales increased 54% year-on-year in 2020/2021.

For Corbridge’s team, the pace of change has shown no signs of abating. Over 12 months, Boots stood up 400 test centres and 20 mass vaccination centres to help with COVID-19 vaccinations, migrated its e-commerce stack to the cloud to support online growth and also delivered an omni-channel Healthcare Market Place for customers to access products online or in-store.

Corbridge goes as far to say that the IT budget, which is evenly split between business-as-usual and innovation, has grown 50% year-on-year, something he attributes to the boardroom’s belief in technology being the ‘catalyst’ for business transformation.

Now, though, he says the focus must be on professionalising IT.

“When I sit at a table with my colleagues, the HR director has to have a degree in human resources, the finance director has to be a qualified accountant,” says Corbridge, who attributes part of his  success down to ‘two or three lucky breaks’.

“With IT, you might have just played with IT and had an interest in it for 20 years, and now you’re a CIO of a huge organisation. So how do we professionalise to build credibility in everybody who’s in IT — not to exclude people who haven’t passed the exam, but to give everybody as much opportunity as possible to become accredited or professionalised in what they do?”

The second part of professionalisation, he notes, is about offering employees a viable pathway forward, but one that is malleable to changing personal interests and business needs.

“We’ve been lucky to see marketing business analysts become enterprise architects, enterprise architects become programme directors. We’ve seen all sorts of new skills move round the gamut that we would describe as digital transformation,” says Corbridge, who says that Boots’ biggest skills shortages are in cloud engineering and solution architects.

In a bid to drive professionalisation, Boots UK and Ireland has partnered with the professional training body BCS (formerly known as the British Computer Society) on fellowships and apprenticeships, rolled out training via the WBA IT Skills Academy and delivered the ISG Information Security Forum sessions so non-security professionals have access to best practice on information security.

The company has also announced a partnership with the Healthcare Information and Management Systems Society (HIMSS) to educate up to 5,600 Boots pharmacists on digital healthcare, and is offering CHIME CIO accreditations to health technologists in leadership.

Product-centric IT and customer personalisation

Some IT leaders says that the pandemic has pushed them away from ‘big bang’ project launches, and towards more iterative delivery, led by multi-disciplinary product teams, which is faster at proving business value.

This was certainly the case at Boots, as the pharmacy retailer looked to ramp up online capabilities and support the NHS through the early stages of the pandemic, from offering pharmacy services online to providing testing facilities for COVID-19.

Corbridge says the product-based structure allowed the business to run initiatives, with IT joining digital squads to more quickly get GPs and pharmacies online. He says that these teams were able to offer Boots pharmacists on the NHS 111 service within weeks of the first lockdown, even if working out costs and governance would require further exploration.

In another product team, the company established a single squad across marketing, personalisation, data analytics, engineering and enterprise architecture, with this squad working alongside technology partners Adobe, Cognizant and Oracle to improve customer personalisation.

“People are surprised how close the CIO is and the chief marketing officer is, as that tends to be a competing role,” says Corbridge. “We’ve just demolished that by — making it almost a non-compete arena. It’s for the good of the organisation to make sure this works.”