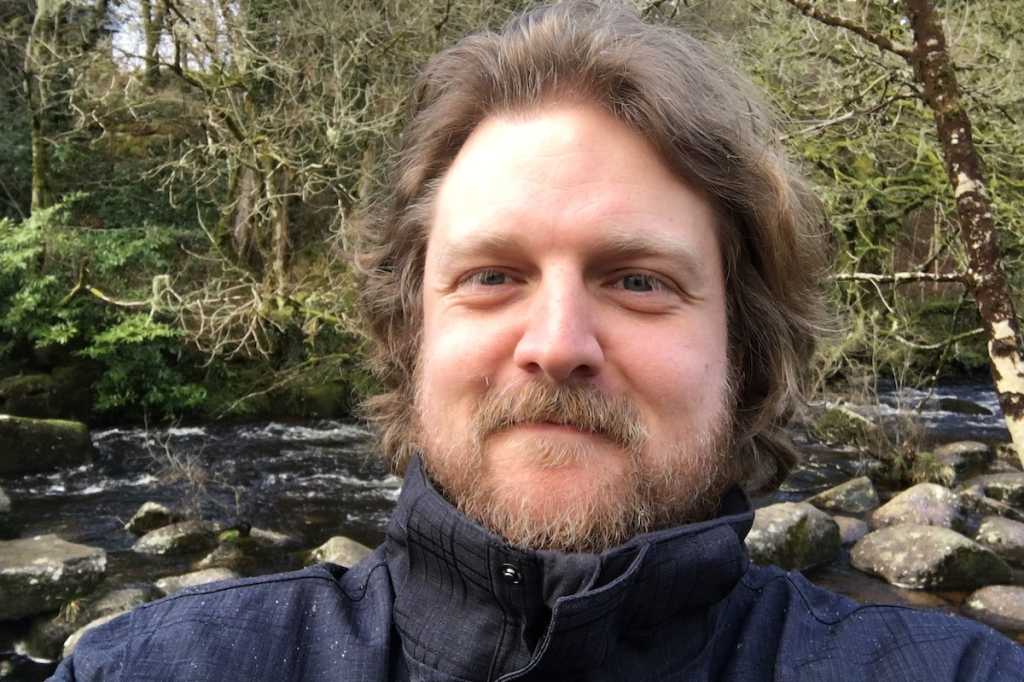 Customer demand doubled, remote work became the norm and sustainability a key focus on the company’s agenda. This pushed its CIO, Anthony Buck, known as Roja, to deliver more business value, to empower the IT department, and to innovate beyond the traditional purview of technology leaders.

“Five years ago, we would have considered ourselves a farm that sold our product over this internet thing,” says Buck, a self-confessed ‘IT geek’ who was number seven at the 2021 CIO UK.

“Over the last five years, we’ve moved pretty quickly towards becoming an e-commerce business. But at no point did we think we were going to be a remote organisation.”

Buck describes the pandemic as a ‘positive if exhausting’ period of time. The workforce moved from operating across two main sites and 30 smaller ones, with 180 drivers delivering vegetable boxes across the UK, to becoming a fully remote workforce, aside from production on Riverford’s farms. This meant providing IT support for around 500 of Riverford’s 1,300 co-owners who grow, pack and pick products, and organise customer orders.

Buck says this involved moving staff onto laptops, and as Riverford was predominantly VDI-based, he had to source hundreds of laptops and audio headsets, as well as provide training to improve digital literacy.

He also had to react to fast-rising customer demand. With supermarkets’ click-and-collect services fully booked on the onset of the first COVID-19 government lockdown, customers sought new ways to get their vegetables — including ordering directly from Riverford.

Sales of its vegetable boxes have subsequently increased from 50,000 a week at the start of 2020 to around 80,000 today, propelling the firm’s turnover to £76 million (US$87 million). The upturn, however, has pushed the organic food retailer to increase prices by 5% as costs, including wages and transport, soared across the board.

To deliver against this rising demand, Buck and his team introduced a new e-commerce platform, developed in-house using the Lisp development language Clojure. “It seems entirely absurd to build an e-commerce platform from scratch,” he admits. “The reason we did is some rather subtle challenges with the way that our offering works.”

Buck explains that, depending on where they are in the country, customers would get a different catalogue of products and product availability. Add in the possibility of customers making one-off orders, and the Riverford exec admits it could “create a reasonably complex future order”.

“All of this needs to be accounted for in our planning and forecasting, as we only sell things that we have asked our growers to grow,” says Buck.

The growth in customer orders pushed the firm to make supply chain logistics, which had traditionally been paper-based, a priority.

Riverford, which was founded in 1986 but employee-owned since 2018, performs route management for around 300 vans each day. Unfortunately, as is often the case with ‘last mile’ logistics, there are other forces at play; variable driver numbers and an ever-changing road system can impact delivery times, and customer satisfaction.

“We wanted a system that allowed us to provide an exceptional experience for our drivers, allowing them to navigate from drop-to-drop, communicate easily and safely with our customer support teams, manage their van’s maintenance, support loading as well as handling customer refunds and communications on-device,” Buck says.

Having been underwhelmed by outdated, expensive or rigid systems pitched by vendors, Buck’s teams co-developed the aptly-named ‘beetroute’ with a route optimisation company.

Buck’s influence at Riverford has no doubt grown as perceptions of IT changed at the co-ownership business. He recalls a time when founder, Guy Singh-Watson, told employees in his weekly newsletter that IT could destroy his business. Six years later, Buck says Singh-Watson used the same platform to say that IT ‘saved the business’ through the pandemic.

Buck, a dyslexic who says he was rejected by every university he applied to as a student, puts this success down to an IT function embedded within business strategy, but also one which can also lead from the front. As one such example, IT’s ‘stand-ups’ have since been imitated as ‘huddles’ by HR and production departments.

A willingness to do more with less has no doubt helped, particularly given the variable economic climate, with the move to remote work requiring a wholesale shift in physical IT strategy. Some 300 laptops were procured, prepared and deployed — and they all came second-hand through auction and technology salvage companies.

“We genuinely don’t buy any new technology,” says Buck. “All the laptops…. [come] secondhand; this one came out of a school. All our VDI systems came out of schools or banks. Our servers, we have a fabulous HPE set-up here.”

“A lot of those organisations, they had it for three years, they got their warranty use out of it and for their organisation, it was the right time to pass it on.

“For our organisation, it’s absolutely brilliant; we get to spend a fraction of the amount of money on high quality stuff. But on top of that, we get to not deliver all of that equipment to the skip.”

A CIO’s focus on sustainability and innovation

Unsurprisingly for an organic, co-ownership business, sustainability is high on the agenda. Riverford claims to have saved 21 tonnes of plastic, donated over one million portions of vegetables to charity and planted 1,525 native trees over the last year. It expects its delivery vans to be 100% electric by 2025.

IT clearly also has a role to play and the early signs are promising. Buck says Riverford’s low-carbon, solar powered server room is the first in the southwest to use evaporative cooling, while its recycled HPE Blade and 3PAR equipment has allowed the firm to provide VDI to co-owners in an ‘environmentally sensitive and secure way.’

Buck adds that the firm runs its server room “hot”, which further reduces cooling requirements, while cloud hosting is done through providers that use net-zero energy. Most services can also make use of “spot” instances — “waste” computing availability left over from other users.

Buck is now working with the business on a number of initiatives with innovation at their core, from delivering 100% self-generated energy through solar and battery to zero-carbon logistics, where the firm looks to remove nearly 300 van and 15 lorry emissions from the company’s carbon footprint.

The next 12 months will see more trial and error — delivering vegetable boxes into London-based car boots that can be opened via APIs is one such idea ­— as well as improving internal systems and modernising internal processes. Buck equates his role to fixing a race car mid-race, replacing its steering wheel, its engine while keeping pace with the leaders.

“And then you provide these wonderful constraints that make it even more exciting, like environmentalism, like making sure that it’s an amazing place to work …. It’s quite the challenge.”