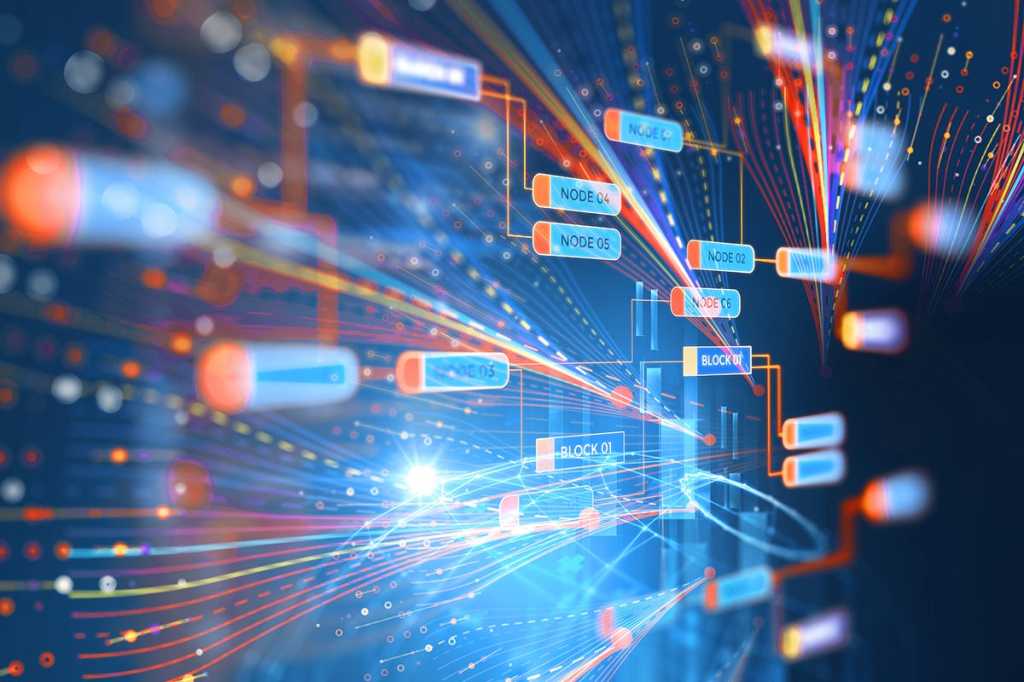 Companies including Anheuser Busch (parent company of Budweiser) and Adidas have leaped headlong into the world of NFTs, with seemingly enormous success. Within 19 hours of launching in January, Budweiser’s 11,000-strong NFT collection sold out, netting the company $4.8 million.

One analysis of the NFT market, which doesn’t track all sales, still indicates how huge the business opportunity is: More than $77 million of NFT sales are brokered every 24 hours—making it an obvious opportunity for businesses to dabble in.

The lure of big money and media attention can attract organizations to the concept of NFTs. But before going full bore into developing your own collection it’s important to understand the risks and rewards.

It always helps to understand what you’re potentially investing in before diving headlong into it. “What most people see as an NFT is art,” says Nick Donarski, founder of Madison, WI-based ORE System, which operates an NFT marketplace. But an NFT is actually something behind the scenes. The three letters stand for non-fungible token, “and all that means is that it represents an instance on whatever blockchain that’s been created,” says Donarski.

The blockchain is the underlying technology that powers large parts of what’s termed Web 3.0 by its proponents—a decentralized future vision of the internet that would wrest power from some of the big brand names that have dominated it for the last two decades and put it in the hands of ordinary people. “The best way to think about the blockchain is that it’s a distributed database,” says Donarski. “NFTs are just markers inside the database, associated to whatever the data is.”

In other words, an NFT is basically a picture, in a specific place, on the blockchain database.

For CIOs, one of the risks of NFTs is central to infrastructure design. “Where do we hold the crypto that we get when that NFT is sold?” asks Donarski. “How do we convert that crypto to a fiat currency? That’s a risk matrix that you build for the business.”

Then, if you choose to use NFTs as a record of documents within your business, you have to add another risk matrix: understanding and building a blockchain architecture to manage that.

In addition, NFTs are linked to private keys, which are a single point of failure as well as a potential entry point for cyber thieves. This all-or-nothing scenario makes them a rather risky proposition. “Management of the private keys is going to be one of the biggest hurdles that the CIO has to manage,” says Donarski. “There’s a risk that if they are disclosed or hacked, they are the keys to everything in that crypto world.”

To mitigate that risk, Donarski believes CIOs should carefully think about how many keys would be used. For example, they could be held in cold storage with an API that interacts with them but never trades or transmits them through a public connection. The level of security depends on the criticality of the applications, budget, regulations, tolerance for risk, and the amount the organization has invested in NFTs.

3. The underlying infrastructure behind NFTs could disappear

One of the main concerns of every CIO is protecting against the possibility that a key software supplier or infrastructure provider disappears or becomes outmoded, potentially stranding them. NFTs are no different, says Dipan Roy, deputy chief information officer of UK wealth management firm London & Capital.

“Most NFTs are encrypted and stored using Ethereum,” says Roy, referencing a popular blockchain technology. “There’s a question of what happens to those NFTs if, at some time in the future, Ethereum ceases to exist.”

Donarski pushes back on that point. “The NFT world appears scarier than it actually is,” he says. “The only reason that it’s scary is because people don’t understand.” As more companies enter the space and begin adopting the technology, blockchain will become just another part of the computing fabric. “Once people realize it’s just another computer on the network, it’s much easier to digest,” he said.

4. You may not own the NFT you make

When it comes to legal issues, the NFT waters are particularly murky. “Sure, you have a non-fungible token, which gives you the right to a certain piece of artwork, a video, or a tweet on the Ethereum blockchain,” says Roy. “But what does it translate to in the real world?”

The answer, at present, isn’t wholly clear. You can’t technically stop anyone from copying a particular piece of artwork, video, or tweet to which you own the NFT—a potential reputational risk.  And while there is the possibility of legal recourse, the process is costly and takes time—and the opaque, anonymous nature of the blockchain means it can be difficult to pinpoint who to take action against.

“The digital ownership of that asset doesn’t confer physical ownership or any legal rights to you outside of that Ethereum blockchain,” says Roy. It’s something a small group of investors came to recognize when they bought a copy of Frank Herbert’s book Dune. The investors planned to burn the physical book after turning it into NFTs and create an animated series to profit off its rights. The problem? They didn’t own the rights to the work. Just the book. “That’s not how NFTs work,” says Donarski. “Buyer beware; understand what you’re buying.”

For CIOs, clearly expressing what is and isn’t conferred around the ownership and possession of an NFT can help curb the enthusiasm of overeager executive colleagues.

One of the risks of not entering the NFT space for intellectual property (IP) holders is that someone else will do it for them, lifting their IP in the process and capitalizing on their brand equity. NFT theft is a growing problem, and the lack of case law makes it difficult for creators of digital content to seek recourse. Owners of legitimate marketplaces like OpenSea and ORE System say they prohibit stolen content from being listed but admit that enforcement is mostly manual.

The world of NFTs is still young and societal and business norms have yet to be fully established. “Just because something is claimed to be non-fungible does not mean that someone cannot create another token of that same piece of art on, say, another blockchain—or even on the same blockchain,” says Roy.

6. We could be in a big bubble

The big numbers being bandied about would appear to make NFTs a business proposition that’s at least worth exploring, but they’re also a good reason not to move too quickly.

We’ve seen bubbles before in the tech space, and those who are skeptical of the big plans for the future of NFTs are sounding a word of caution about creating or investing in them.

“People are paying amounts in excess of a million dollars for a picture of a chimpanzee,” says Roy. “That, to me is an obvious sign that value is quite detached from reality in the NFT space.”