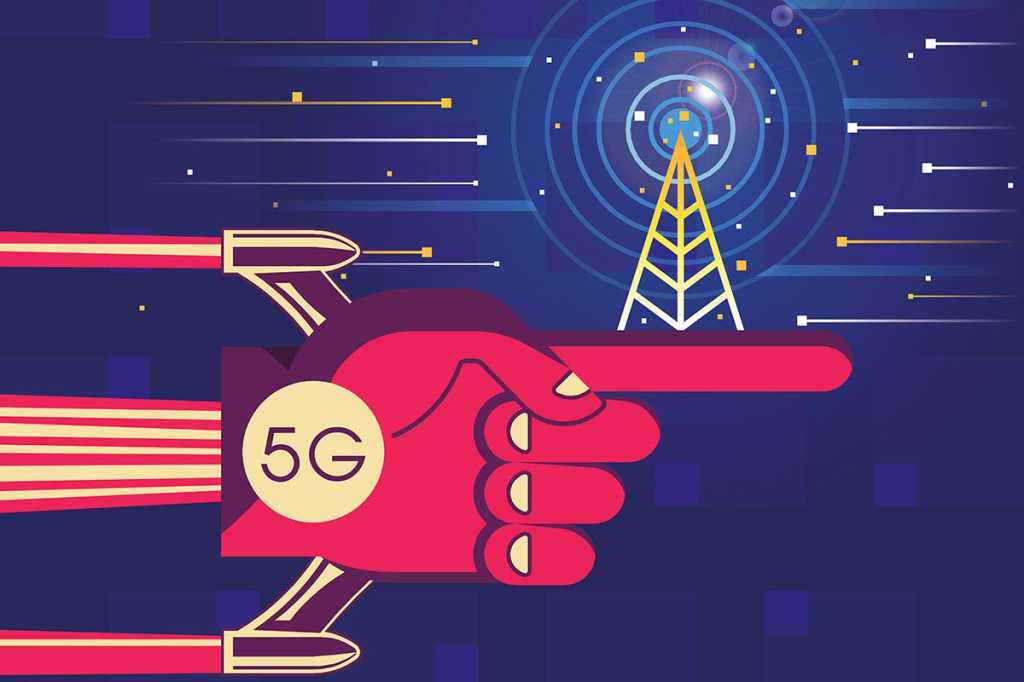 Public 5G networks are often touted as offering the ultra-reliable low-latency communication (URLCC) needed for applications as diverse as industrial control, driverless cars, and virtual reality — but not all public 5G networks are created equal. In some cases, it may be necessary to build your own private 5G network to get the expected benefits — or to call on one of the growing number of systems integrators willing to build and manage it for you.

Connected manufacturing systems — so-called Industry 4.0 — rely on low latency to synchronize machines and help them respond to their environment. Delays can mean damage to the product or plant. Virtual reality applications need a quick response from servers to avoid a nausea-inducing lag between users’ movements and what they see. For the occupants of a driverless car, delays in delivery of information may have worse consequences than sickness.

Most of the network operators offering 5G service today are using the 5G NR (New Radio) interface with a somewhat older 4G network core, a combination rather sinisterly known as “5G NSA” (non-standalone), sending control signals over the 4G network while data travels via 5G. While the Enhanced Packet Core (EPC) of many 4G LTE networks is pretty fast, it’s not as fast as the new 5G Packet Core designed specifically for 5G SA (standalone) networks, and only 5G SA networks can deliver features such as sub-10ms latency and the “slicing” of networks to logically separate services.

Network operators like to fudge the differences, so it may not be clear which flavor of 5G your local operator is offering, but according to a report by the Global Mobile Suppliers Association (GSA), while 67 operators were investing in 5G SA by June 2021, only a handful were offering commercial 5G SA service, including T-Mobile in the US, China Mobile, China Telecom, China Unicom, and China Mobile Hong Kong. A few others were using it for fixed wireless access or had claimed launches GSA was unable to verify.

For enterprises looking to roll out 5G coverage on a large campus or an installation such as a port, refinery, or manufacturing plant, private 5G can be an attractive proposition.

Unlike WiFi, 5G has the range to cover a large site from just a few locations, and the possibility of building a private 5G network means CIOs don’t need to wait for their national network operators to get around to rolling out 5G SA in their area.

Private 5G networks can operate in unlicensed spectrum, much as WiFi does, or even in licensed spectrum if regulatory authorities consider them in the national interest. (This may be the case for ports, for example.)

The disadvantage of this is that, without a network operator running things, someone will need to take care of planning tower locations and the installation and ongoing management and maintenance of the equipment, something for which most enterprises will be unprepared. Happily, there are a growing number of systems integrators willing to take on the job — and it’s even getting to the point where you can order a 5G network from Amazon, installation and maintenance included.

Network equipment vendor Nokia has partnered for years with Accenture, Atos, DXC Technology, EY, and Infosys on building and managing private wireless networks, and in February 2022 added IBM spin-off Kyndryl to that list. It relies on them to provide enterprises with first- and second-level support, but can step in to deliver third-level support itself, says Nathan Stenson, Nokia’s global head of partnerships. Its Nordic rival Ericsson works with DXC, as well as CapGemini, Fuijitsu, KPMG, Tata Consultancy Services (TCS), and a host of others.

CIOs can also turn to the likes of Cisco Systems, which has partnered with 5G operator Dish Network to deliver enterprise 5G, or with NTT, which recently partnered with ServiceNow to automate some aspects of private network rollout.

Stenson’s advice to CIOs is to pick your partners carefully. “We work with all types of partner, but those I see most successful in private wireless are, as well as integration capability, looking to build some kind of managed network services capability,” he says.

One of the most important benefits that standalone 5G networks will bring, thanks to the way they are structured, is the ability to deliver computing capabilities close to the devices they connect. That’s because, unlike with 3G and 4G wireless networks, data traffic doesn’t have to return all the way to the core of the network before it can be re-dispatched. Crunching data from the internet of things close to where it was generated becomes a possibility, further reducing latency in industrial control applications.

Nokia offers this functionality as a service through its Digital Automation Cloud. Microsoft is offering a number of Azure features tied to delivery of edge computing for 5G networks, including Azure Private Multi-Access Edge Compute, while Amazon Web Services is offering a way to split applications between back-end services running in its core cloud computing regions and delay-sensitive functions running in what it calls Wavelength Zones, edge computing devices installed in 5G networks.

Amazon is going one step further, though, and has been offering a limited preview of a complete turnkey wireless network-as-a-service, AWS Private 5G, since November 2021.

That kind of shrink-wrapped service — or something smaller — could be a way to help many more organizations deliver 5G inside their premises, says Nokia’s Stenson. Offering something that can be sold through regular distribution channels and just be plugged in could be the way to get private 5G adopted by the thousands of school authorities across North America, he suggests.

It remains to be seen whether such offerings will provide competition or a complement to WiFi for enterprises connecting branch offices or other locations across the country.