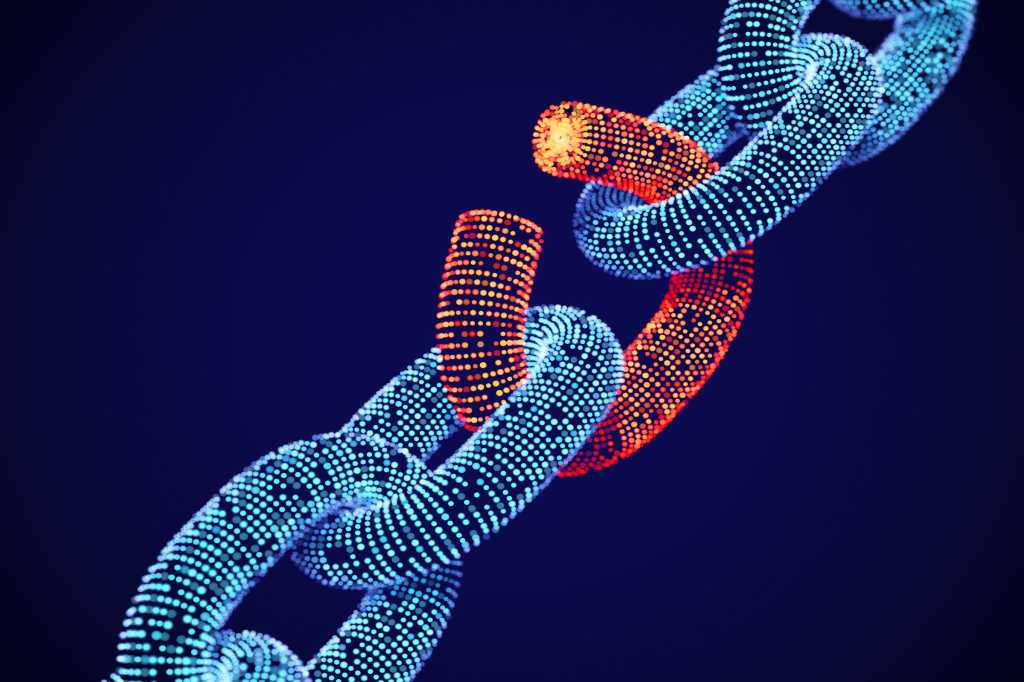 Tech leaders are frequently looking to boost employees’ performance, but how often do they step back to focus on how well they manage their teams? The boss may be too busy selling their vision of success, while overlooking signs that their own foundation needs to be bolstered.

Experienced tech professionals say there are warning signs that suggest tech leaders may need to rethink their approach. Certain ways IT managers use their authority, describe their management style, and involve their colleagues can offer clues that something’s amiss.

Here are a few signs that may suggest you’re a weaker leader than you think.

Revolent Group President Nabila Salem says the surest sign of weak leadership is high staff turnover. The problem, she says, is frequently a lack of empathy from the top.

“Ultimately, if your staff members don’t feel that you care about them,” she says, “why would they care about you and your goals? So much can be achieved by simply listening to your staff and, ultimately, we cannot expect our employees to perform above and beyond if they don’t feel that we have their best interest at the forefront. If people don’t feel inspired, supported, and motivated to perform at their best, they will leave.”

Attrition is especially concerning when those leaving are primarily from underrepresented groups in the industry, Salem says.

“As someone with over 15 years of leadership experience, and being a woman myself, I’ve seen plenty of times where women and minority groups have struggled to make it in the tech industry. If we look at Google’s annual report on diversity, for instance, only 32.5% of Google’s employees in 2020 constituted women, and this is a relatively good statistic, compared to the rest of the sector. Though I have seen positive changes, these are often slow and incremental.”

You pat yourself on the back (too frequently)

Another worrisome sign is when IT managers constantly talk about what a strong leader they are, says Noa Matz, operating partner and startup psychologist at F2 Venture Capital.

“A good leader usually reflects on their leadership, sometimes second-guesses their skills, and is actively looking for feedback on their abilities,” Matz says. “Asking employees how happy they are professionally, making sure they feel ownership over their own work, and ensuring they have room for creativity is a sure sign of a good leader.”

Women on your team aren’t valued

Nancy Wang, general manager of AWS Data Protection and Governance and founder and CEO of Advancing Women in Tech, says the glass ceiling in technology is often recognized but infrequently addressed. An unfortunate result occurs when women and people of color are promoted during a crisis.

“The unfortunate truth is that often that company is already failing, and the women tasked with turning it around didn’t stand a chance, no one did, but still takes the fall when profitability doesn’t tick up,” Wang says. “This is probably hurting women’s advancement in the workplace more than it’s helping. And because there are so few examples, each woman becomes a ‘halo’ or a ‘horned’ effect. Either everything they do is good, or everything they do is bad. We need to take a more balanced approach.”

Your projects pack in too much

Part of the challenge of keeping a tech team motivated is navigating customer needs with the needs of a team looking to work on cutting-edge technology that may not be what the customer needs, leading to feature bloat.

“Striking a balance — keeping your tech team encouraged, excited, and feeling like they are ‘changing the world’ while also making sure to address the product and customers’ needs — is a challenge that every tech leader will face in their career,” Matz says.

Susanne Tedrick, principal infrastructure specialist at Microsoft and author of the book Women of Color in Tech, says weak leaders often have unrealistic expectations around the scope and timeline for projects. These bosses don’t take into consideration the availability of resources or their teams’ skill sets and existing obligations.

“Not getting input or guidance from the team on what’s realistically achievable can cause team members to burn out from trying to meet so many demands simultaneously,” Tedrick says, adding that this results in “talented people leaving the organization altogether, and mixed to poor results once a project is completed.”

Tedrick recalls a previous organization where the manager demanded several technology adoption projects be completed simultaneously, on tight deadlines, with little consideration of her teams’ capabilities.

“While I agreed that the changes would be beneficial for the organization, the timelines put forth were ambitious at best and ridiculous at worst,” she says. “I objected to the timelines because I knew that my team and I did not already possess the necessary skills to implement the technologies in scope, the organization was not supportive of spending money on additional education or outside resources, and there were other outstanding projects and assignments whose deadlines could not be adjusted.”

Tedrick says tech leaders need to understand that resources are finite, and taking on too much can lead to mixed or negative results.

“Focus on the projects and assignments that are genuine priorities, listen to your teams for guidance, and be willing to invest in outside resources to help ensure project success,” she advises.

An inability to support your employee’s growth is a sure sign of weak leadership, Wang says. “Look at their metrics — hiring, promotion, and retention,” she says. “In the age of the Great Resignation, people vote with their feet.”

Many people, especially women, struggle to find mentors, she argues, and those same employees are likely to leave the company to find another that’s more supportive of their career development. This is especially true in mid-senior and director level roles, she says.

“They struggle to elevate into executive level positions due to a lack of skills-based training, mentorship, and educational content,” she says. “To combat this, companies need to invest in promoting and growing their next generation of senior executive leaders through mentorship programs to foster diversity and growth within their organization. Without opportunities to accelerate their careers beyond mid-management, the gap that exists among senior leadership roles will continue to exist.”

You’re out of balance

Jamie Peers, vice president of business development at Synatic, suggests leadership can be broadly divided into three areas: empathy, decisiveness, and team attribution. They work best in equal parts, he says. And weak leaders may be leaning too much into one area while ignoring the others.

“I find that if any of these three areas are either overplayed or underplayed, it creates negativity around a manager,” he says. “For instance, if a manager is overly decisive, they tend to leave team members behind. If a manager isn’t decisive, they can’t get critical items done.”

Peers acknowledges his own tendency to overplay decisiveness, which needs to be balanced with getting input from colleagues — or they can feel left behind.

“I’ve had to work very hard on my empathy so that I understand other people’s points of view,” he says. “I’ve learned to guide team members versus force people to run with my decisions, which reduces their creativity and innovation and scuppers their ability to feel any level of autonomy. Without some level of autonomy, buy-in is immediately reduced.”

Your team is underperforming

If you’re continually frustrated and angry with your team, the problem may, in fact, be you rather than your colleagues, says Denise Brinkmeyer, president and CEO of Jump Technology Services.

“At the end of the day, this points back to the manager’s ability to either motivate the team, articulate the vision, provide effective feedback, or have the courage to change direction when needed,” she says. “The manager must gather actual evidence of the team failing to carry out requests. Often, the evidence points to poor communication from the manager, who either feels too busy to provide clear instructions — or the communication turns out to be nonexistent. Sometimes managers believe they have provided information that they haven’t.”

The problem keeps getting worse, she says, because the manager may take on more of the workload, which reduces time for coaching and feedback to the team. The result is a vicious cycle that leaves the manager overworked and the team disenchanted.

“A manager may need to admit they’ve found their own leadership lacking,” she says. “When the leader commits to change and follows through, the team may find new respect, which yields improved attitudes and performance.”

Some tech leaders promise too much and under-deliver. Brinkmeyer remembers a company leader at a previous firm who committed the software engineers to a project with unclear requirements and an impossible timeline. Despite these and additional challenges, the boss doubled down.

“The underlying technology was barely out of beta testing and the documentation for the technology was sparse,” she says. “In the end, the technology was not capable of doing what was expected, but our teams were told we would do whatever it took to make it happen. I will never forget walking past the office of two of my team members after myself having just finished a 12-hour shift. As I started to say good night, I saw them standing in front of the office window, staring at the parking lot. Fast-forward two months later and they were working for other companies.”

It’s your way or the highway

Vinay Hiremath, CTO and co-founder at Loom, makes a distinction between personal and positional authority and says weak leaders tend to lean on the latter. Managers have the positional authority to give orders, hire, and fire. But effective leaders, he argues, build their personal authority by listening, providing opportunities, and offering a vision others share and feel empowered to execute.

“If leaders aren’t respected, their conviction is not strong or they don’t leave space for their team to take part in building the strategy, they will have low personal authority with their team and everything becomes more difficult,” he says, “When personal authority is low, dates get missed because people are less motivated, people churn out of the team, and other teams stop paying attention and caring about the work.”

A leader’s success should be measured by how often they’re leaning on their positional authority to bring about change in their organization, he says. “If the answer is ‘not often,’ they are likely to be a strong leader. If the answer is ‘often,’ they are likely not as strong of a leader as they may think. In my experience, the downstream effects of missed deadlines and a disengaged team tend to correlate.”