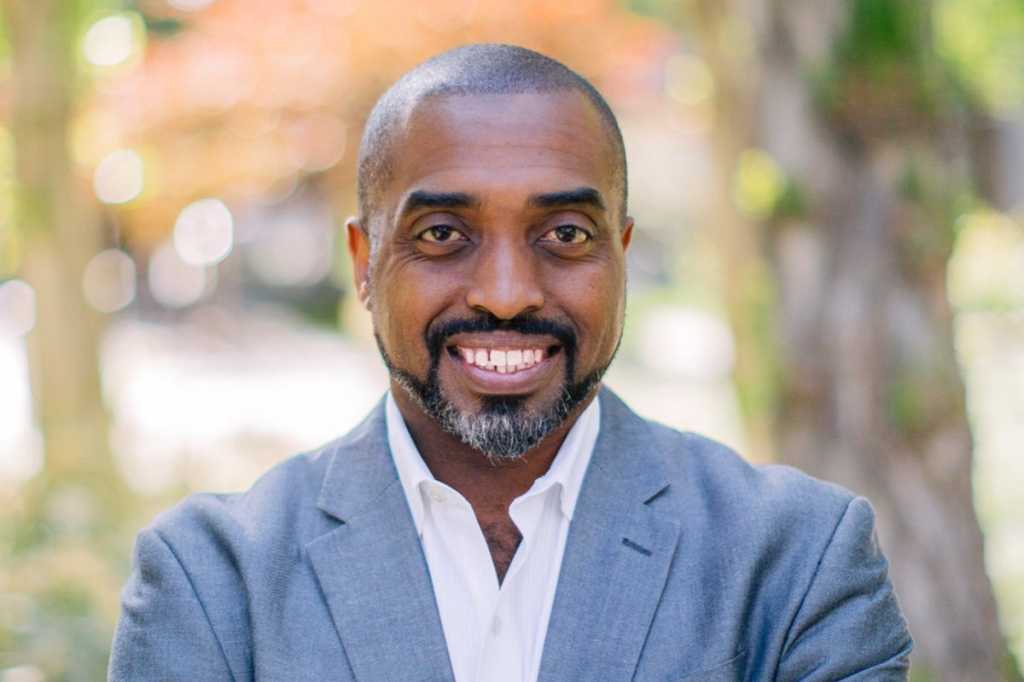 Ron Guerrier’s path to CIO launched with his cousins’ handiwork with old cars in his parents’ native Haiti. It was then, back in 1988, that Guerrier says he was first awed by innovation at work and the powerful potential of technology.

“They were taking parts from every make and model they could get their hands on, and they were creating from scratch computers to tune the vehicles. I was fascinated with their ability to be so innovative with such little resources. That just blew me away,” Guerrier remembers. “They were tinkering with technology, and I saw then that technology was a true game changer.”

He internalized that lesson and started to put it to use in his high school mechanics class, where he “had to Frankenstein a car together and the computer came into play. Around that time the cars were starting to have motherboards, and you could take the computer and use it to optimize the performance of the engine.”

Guerrier’s early experience with technology eventually led to his career in IT, while his parents’ immigrant experience and his time in Haiti shaped his leadership and his priorities — including his focus on bringing more diversity into the technology ranks. As he explains: “The arc of my personal journey is contextual to what drives me.”

‘Who knows the business well and technology?’

Despite his teenage inauguration into tech’s potential, Guerrier studied finance and economics at the University of Illinois Urbana-Champaign. But he didn’t abandon his passion for technology: He put himself through college by working at a computer store. (He also worked as a janitor, noting that he likes to think he was a “custodial engineer.”)

He joined Toyota Financial Services in 1996, working as a customer service representative and repossessions specialist for nearly two years. Even then, as he was knocking on doors to collect payments or keys, Guerrier hadn’t left computing behind; he often tinkered with the handheld devices he and his colleagues used for their field work.

“I became the fixer, so when the company decided to go to client-servers, they looked around and asked, ‘Who knows the business well and technology?’ And my name popped up,” he says, adding that an advocate in his office encouraged him to consider the tech job that Toyota offered him.

Guerrier took that advice. He moved into IT full time in January 1998, first working in deskside support and then later in Y2K prep, which he acknowledges was a good move: “What I really found captivating is you could solve different problems with technology, that technology is all about change, and change is something I really enjoy.”

Moreover, Guerrier’s early-career pivot showed him the value of having mentors and the importance of bringing the business and technology together — lessons he says he has carried with him as he advanced up the IT ranks in subsequent years.

Guerrier stayed with Toyota Financial Services for 19 years, which included a three-year stint from 2012 to 2015 as the CIO. He credits several factors for his successful ascent to the executive ranks.

“What served me well is a constant drive to be better, be better at what I do, be intellectually curious, and to surround myself with great people,” he says.

His parents, who had emigrated from Haiti and settled in Illinois, instilled in Guerrier that “immigrant drive” to be appreciative of the opportunities he had and to take advantage of them.

“But what also helped was having allies and advocates, having people at Toyota who said, ‘He can do computers, so he can do servers, he can do applications.’ I credit those advocates and sponsors because they helped me go from repo agent to CIO full stop.”

Giving back as he moved up

After leaving Toyota in 2015, Guerrier served for three years as CIO at Farmers Insurance and then for a year as CIO at Express Scripts. He then pivoted again, this time into the public sector to serve as the CIO and Secretary of Innovation & Technology for the State of Illinois, a position he held from early 2019 to September 2020.

The role, he explains, created new opportunities not only for him professionally but personally as the work enabled him to impact a larger community. He modernized legacy IT systems and led the transformation to remote work for nearly 50,000 employees at the outset of the Covid pandemic. He also led efforts in securing a $420 million state appropriation to upgrade and expand broadband in Illinois, and he worked on an initiative for improving resources for STEM education.

With an eye to the future, Guerrier also partnered with the state’s education department to update curriculum within the state’s college system so that students are trained in the data, cyber, and technical skills that CIOs need on their teams.

And he held the State of Illinois’ first-ever Diversity Supplier Technology Day to help ensure that the contractors, suppliers, and vendors that worked with the IT department better reflected the diversity of the state it served.

Leading the charge for diversity in IT

Guerrier, who has a master’s degree in operations management and supervision from North Park University, has used his positions to draw attention to the lack of diversity in IT and in particular the disproportionately low number of Blacks in the profession.

He says that at one point he was one of only two Black CIOs working at Fortune 100 companies, and has been mistaken for hotel staff and a valet at CIO conferences, including those where he was the keynote speaker. He has also had people call security on him. “People would just make the assumption that being the only Black person in the room I must be in the wrong place,” he says.

In response, he drew on his mother’s advice “to use everything as a learning opportunity.”

Guerrier says such interactions led to new friendships, but not always.

He adds: “I was always someone who said, ‘Learn about this.’ I always tried to use it as an opportunity to have an open dialogue. Every time I’ve had an opportunity at an organization, I took the chance to make a difference. That’s one of the reasons I took the job with the State of Illinois.”

Such interactions also led Guerrier to see the need for more action.

Bringing his mission to HP

Guerrier brought that mindset to his current role as global CIO at HP, a position he started in September 2020. Guerrier, who is married with two children in college, is now based out of his hometown of Chicago as HP continues with a hybrid work environment.

He says he was drawn to the company in part because of its existing activities around diversity, equity, and inclusion (DEI), including the summer 2020 launch of its Racial Equality and Social Justice Task Force, its partnerships with historically black colleges and universities (HBCUs), and the May 2020 comments posted by president and CEO Enrique Lores under the title Leading with our values following the murder of George Floyd.

Guerrier says he felt he could help the company make an even bigger impact on DEI. “One of the biggest things that gravitated me to HP was the ability to have a dialogue, do right, be a multiplier, because [attention to these issues] was already here at HP,” he explains. “I didn’t have to come in and ask, ‘Are we thinking about our sustainability? Gender issues? Diversity?’”

Guerrier took action on these issues from the start, assembling a team of direct reports that was equal parts male and female.

He has set a goal to have gender parity among managers in the IT organization by 2030, and he similarly set a goal of having the US IT team’s racial representation match the country’s diversity makeup by 2030. Guerrier has also brought new Black-owned IT suppliers to HP as part of the company’s goal to create more diversity among the vendors that support the business. Those efforts are in addition to the more traditional CIO responsibilities he has of managing the IT department and leading digitalization across HP.

They’re also in addition to his external activities, which includes his roles as advisory board member with the CIO Executive Council from IDC and a member of the Forbes Technology Council, as well as his position on the board of directors at Equinix.

Additionally, Guerrier works with a number of nonprofit institutions, including Junior Achievement and Habitat for Humanity, as well as Homeboy Industries, a rehabilitation and re-entry program for former gang members, and the disaster relief organization SBP.

He’s a founding advisory board member of the STEM Advantage program, which serves underserved populations interested in STEM through scholarships, mentoring, and internships.

Guerrier says he knows the importance and value of giving back, having benefited from mentors in his own career and witnessing the impact of helping others on their journey forward. He again turns back to his own family, who had hosted newly arrived Haitians as they settled into the Midwest, and the lessons he learned from that experience.

“I saw firsthand,” he says, “that it was my duty to help others.”