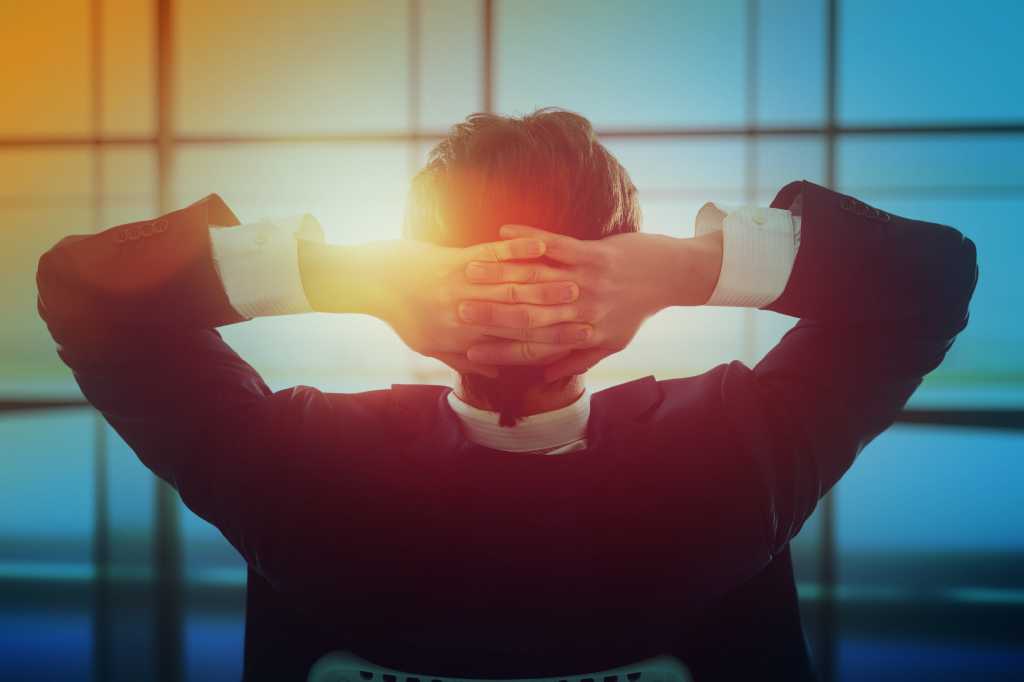 As far as professional development goes, Sarah Naqvi’s meteoric rise to executive vice president and CIO at Maryland-based food service company HMSHost probably didn’t go quite as she had imagined it.

“I had a pretty traumatic … stressful experience,” she acknowledges.

Naqvi was included in an undocumented succession plan with the company’s then-CIO, but saw her chances of progression diminished when two other colleagues were promoted to vice president roles.

That, inadvertently, turned out to be good fortune.

In a reorganization, HMSHost laid off the CIO and all of his direct reports, and Naqvi took over the executive vice president/CIO role in 2013. “I was the one person [left] standing. And I’d never been a CIO anywhere. So I was right there, trying to figure out what the hell I had signed up for.”

A more effective succession plan — the process and strategy through which you develop people into senior leadership roles — could have made Naqvi’s promotion less daunting.

Why succession planning matters to CIOs

Through succession planning, organizations determine the most important roles within the company, define the desired responsibilities, and use criteria through which they’re able to identify candidates looking to progress into leadership positions.

Succession planning is especially important for CIOs, who typically are tasked with future-proofing their organizations and developing talent, according to Anna Barsby, a founding partner at management consultancy Tessiant, which works with global brands. Barsby herself has had CIO roles at a number of companies, most recently as interim CIO at UK-based food retailer Asda as it separated its IT infrastructure from former corporate parent Walmart.

Ultimately, succession planning also serves CIOs’ own career interests and reputation — since they are expected to get their companies ready for future challenges, the same, arguably, applies to their own role.

“Succession planning is crucial, because the life span of a typical CIO is shorter than most exec roles and also, they are hard roles, they are high energy and you can burn out from them,” Barsby says.

For CIOs, the complications of succession planning are also compounded by the fact that technology is a high-demand industry, affording many opportunities to up-and-coming talent, says Dave Roberts, global IT director at Canadian design and engineering organization Stantec. “Often people will move jobs for a role that they feel provides greater opportunities or aligns with their personal goals, be that improved remuneration, skill development, or seeking an appropriate work-life balance,” Roberts says.

Succession planning can help retain talent, overcome the limitations of flat corporate hierarchies and empower professionals to build on existing skills. And done effectively, it can also help  CIOs address some of their own weaknesses.

“My strategy has been to ensure that I’m supported by things that I’m not so strong at, by those that can complement my skillsets,” says Sonia Patel, system CIO at NHS England & Improvement, part of the UK’s National Health System. “Equally, the strategy for succession planning is to ensure that individuals don’t need to be good at everything … if they do enter leadership roles, they should create structures that support them.”

HMSHost’s Naqvi saw this issue first-hand, months into her first CIO role. “I was really not given enough time to really fill in some of the talent gaps that I acknowledged that I had,” she says.

Done effectively, succession planning can drive organizational resilience, continuous learning, better leadership representation from minority groups, and prepare the future chain of command — for some, it can be a long-term project.

Take Dominic Howson, a technology executive whose successors in IT and supply chain at UK-based bakery products company Hovis were both direct reports. “I worked on their development for over 10 years, increasing their exposure to a number of separate challenges and opportunities for them to develop their skills, either it being finance, procurement, negotiations or strategy,” Howson says.

Now CIO at recycling outfit Viridor, Howson is developing one of his managers into a senior leader, exposing him to different challenges to broaden his skills, and he will part of Howson’s own succession planning for his CIO role.

From MBAs to NLP: Rounding out leadership skills

This is not to say succession planning has to be regimented, or overly process-bound.  Graeme Howard, now chief information and technology officer at UK insurance company Covea, has enjoyed a more unconventional route to the higher echelons of IT leadership.

Howard was part of a leadership succession plan at Motorola Solutions when his then-boss asked how he would feel about taking an NLP (natural language processing) practitioner course in Santa Fe, New Mexico.

“[It] was way outside my comfort zone. But it helped me, and probably in ways I would never have thought about,” says Howard, adding that it helped to round out his existing skillset.

Other IT leaders espouse the benefits of an MBA degree. “[It] helped to develop my wider business skills and financial acumen and prepare me for moving into senior management roles, where you need a variety of skills to succeed,” says Stantec’s Dave Roberts.

Tessiant’s Barsby shares a similar experience, saying that an MBA improved her confidence and how she worked with the wider business.

“I was always quite nervous about talking to the finance department, the marketing department or HR,” Barsby says. “By doing an MBA, I kind of lifted the veil on all those departments and it gave me confidence to actually really be empathetic and understand their jobs,” Barsby notes. “And that made me more confident and therefore better at my role. It’s less about the academic achievement and more about understanding of the way the whole business works.”

Why does succession planning fail?

Getting succession planning wrong, however, can prove costly. Organizations risk losing top talent and fail to plug important skills gaps, while failure to open career progression to the entire staff can result in disgruntled teams and poor morale. Cliques can form.

“It was quite insular,” says Howard, speaking of his time at Motorola. “If you were in, you were in – and you got tons of opportunities … but as I became more senior, I saw other people that were really good, but maybe didn’t quite fit the mold as well as they could have done. So they were definitely negatively biased against.”

Other succession planning pitfalls, say technology leaders, include over-promoting the wrong individual — someone who may lack the necessary skills or aptitude — or elevating someone too quickly, which can cause anxiety over their performance, or heightened expectations of future promotions.

Confidence, says Barsby, can also be crucial, particularly for women who may feel they aren’t qualified for the job.

Company leaders can help rectify feelings of inadequacy among staff with personalized mentoring, but in general, businesses must do more to improve diversity in the ranks of management, to avoid becoming second-class players in the talent market, say technology executives.

It’s a theme that resonates with Boots UK and Ireland CIO Rich Corbridge.

“We’re all sick of being white, over 40 years, that are leading IT,” Corbridge says. “We need to find ways to bring every type of brain from every background to bear on our problems; we only do that by only having a route to leadership, where we empower people to understand what’s next for them.”

Junior managers may also lack confidence, says Amit Modhvadia, a senior software engineer who believes it can be challenging to mentor up-and-coming talent with different skillsets while trying to expand your own responsibilities.

“It is hard to find an individual with the same capabilities as yourself, so that means tailoring a coaching package for the people you are mentoring,” he says, speaking of his time as interim CTO at Red Hat Investment Banking Accounts.

How to approach succession planning

IT leaders say that succession planning should be focused on continuous and intentional learning, with some element of process documenting the candidate’s learning across job-specific skills, wider business knowledge and leadership development.  The onus should be on the CIO to set realistic and measurable goals — and track them on a regular basis.

But such plans should not be too formulated, and there should be flexibility built-in.

“What I love doing, which my team love and hate me for, is moving them around,” Barsby says. “I’ve held a ‘cabinet’ reshuffle every month. It freshens up the teams, but it also is good for the leaders, because they get that breadth of understanding how to run a full technology department.”

CIOs also must think two to five years ahead, rather than getting stuck on job specifications that exist today, Naqvi says. Gartner research, meanwhile, shows the majority of IT and business leaders think ‘soft’ skills will be the most important in 10 years’ time.

Viridor’s Howson calls for CIOs to paint a picture of the individuals they’re looking for, who can live up to an executive role with the right coaching and support.

Transparency and communication are pivotal skills, tech leaders agree. CIOs need to understand what motivates staff, and to work with HR on developing multiple mechanisms through which they can monitor upcoming talent, as well as personalize development training. Some staff may require mentoring on experience and skills, others may require confidence, encouragement and sponsorship from senior leadership.

Ultimately, IT leaders themselves should recognize that they may not get succession planning right the first time around, and be willing to adapt plans accordingly.

“Do not be afraid to make mistakes,” says Howson. “This won’t always be perfect and the very nature of the IT market is that you need a Plan B, C and D, with alternatives all in your mind.”