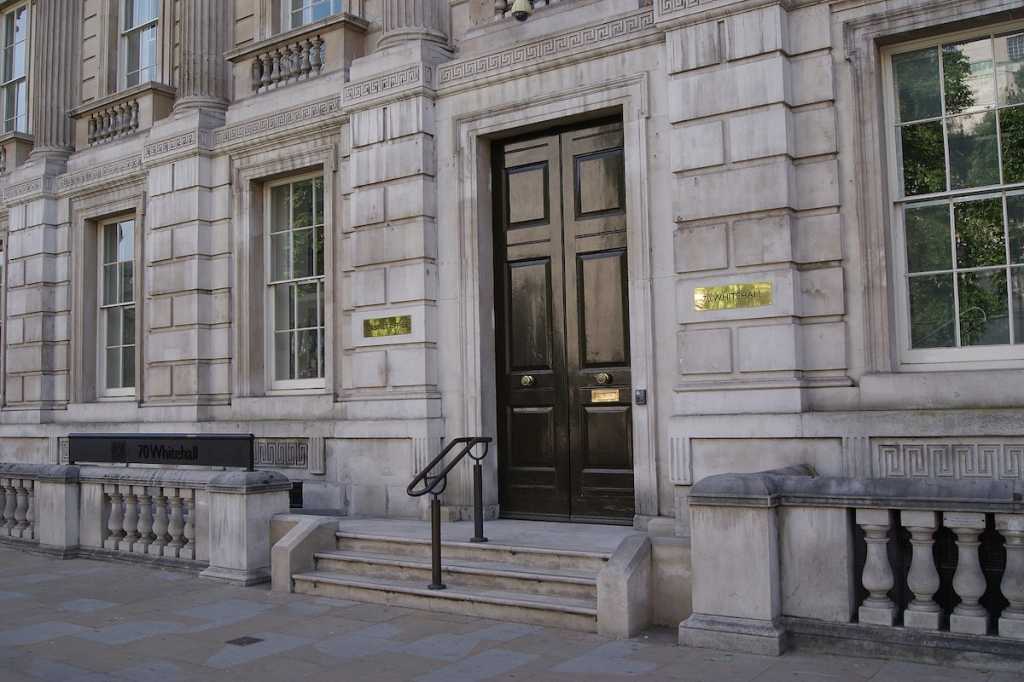 The Cabinet Office is looking for a new chief digital officer (CDO). In a job advertisement, the Cabinet Office declared that the £190,000 per annum position would be the most senior digital, data, and technology (DDaT) role in central UK government, and is expected to lead a team of 200 specialists.

The director-general level job reports to Alex Chisholm, COO of the Civil Service, with additional oversight from Paul Wilmott, the part-time, nonexecutive chair of the Central Digital and Data Office (CDDO), who also serves as chief digital adviser of Lego. Primary duties will include “owning the vision and strategy for digital, data and technology (DDaT)” for government, as well as “providing the professional leadership of the DDaT function, including setting cross-government workforce strategy”, according to the job posting.

The Cabinet Office aims to complete the interview process by May, with current incumbent Joanna Davinson to remain in place until the successor has been appointed.

Davinson’s short tenure was in line with Cabinet Office expectations when she first took on the role in February 2021. Davinson initially sat on the panel overseeing recruitment for the CDO role, before taking on the job herself, and had been expected to be the day-to-day operational director of the CDDO for ‘the next 18 months’ when she was first appointed. Industry observers noted at the time that the Cabinet Office appeared to find recruitment challenging for the position, with some suggesting that the Cabinet Office was complicating the responsibility for digital leadership.

Davinson told CIO UK on Thursday that she plans to retire after finishing her post at the UK’s Central Digital and Data Office. Speaking at the Gov ICT conference in Westminster, London, Davidson said she will continue in her role until ‘the autumn’, although this could change depending on when her successor is appointed. The recruitment panel for the new role comprises Chisholm, Wilmott, and Gina Gill, chief digital information officer at the Cabinet Office.

Davinson said she was looking forward to retirement after a 40-year career, which started out as an accountant at PwC before taking on digital and technology roles at IBM, the Home Office and the Cabinet Office’s CDDO.

Since her appointment, Davinson has been responsible for strategy and monitoring the delivery of major programmes, working alongside Tom Read, the CEO of the Government Digital Service (GDS). GDS, which was established in 2011, has focused on the development of products, platforms, and services.

“We put the right conditions in place to achieve digital, data and technology transformation at scale by working with departments, and other government functions like commercial, project delivery, and security professionals,” said the CDDO on the Gov.UK website, adding that the body is responsible for technology strategy and standards, cross-governmental DDaT performance, and assurance, as well as capability development.

Davinson, who has formerly worked as chief digital, data, and technology officer at the Home Office, and held senior consultant, programme, and business leader roles at PwC and IBM in Europe and North America, has made a slew of announcements during her spell at the Cabinet Office. She has previously highlighted the creation of a sub-board for DDaT within the Civil Service Board, published a transparency standard for algorithms and a domain checking toolset for government bodies, and piloted projects on digital identity.

In a blog post just two months into the role, she highlighted that the biggest challenges for the CDDO would be around leading a cross-government community of DDaT professionals and putting “the strategy, standards, and assurance mechanisms in place to deliver transformation at scale.” She also highlighted the need to build, support, and iterate digital products, platforms, and services which could be “built once and used across government”.

The Central Digital and Data Office (CDDO) was announced in January 2021, with Read joining as the CEO of GDS, and Wilmott and Davinson as chair and chief executive officer of the CDDO, respectively.

The CDDO is responsible for setting DDaT strategy in collaboration with government digital leaders, and for monitoring the health of the delivery of major digital and data programmes. Public sector leaders suggest the group is currently trying to improve visibility and oversight within DDaT departments in the central government.

The CDDO emerged following the fallout from a House of Commons Science and Technology report in 2019, in which experts said that the UK government’s digital strategy had failed, owing largely to a lack of leadership. As part of its response to that report, the government promised to build a “robust” set of criteria to monitor the progress of digital projects.

The Cabinet Office’s hunt for a new CDO isn’t the only senior IT role for which the civil service is currently recruiting, with the central government department also hiring for a new chief digital information officer. Nimisha Patel left the post in January 2022 to pursue opportunities in the private sector.

Recruitment closed for the new position on 10 January 2022, with the Cabinet Office currently working through a “long list” of candidates, having initially struggled to attract the right personnel, say sources. Davinson and Daljit Rehal, CDIO for HM Revenue and Customs, are reportedly on the recruitment panel for the new role.

The role advertises that the successful applicant will “build, gel and inspire a large, highly capable, and diverse team of digital, data, and technology (DDaT) professionals to deliver excellent digital, data, and technology services to over 10,000 users [working with] the highest echelons within government. … As an established technology and digital professional, your success in this role will result in an entirely new and innovative technology estate, with new internally and externally facing digital services.”

(This story has been updated to reflect new information and comments from Joanne Davinson.)