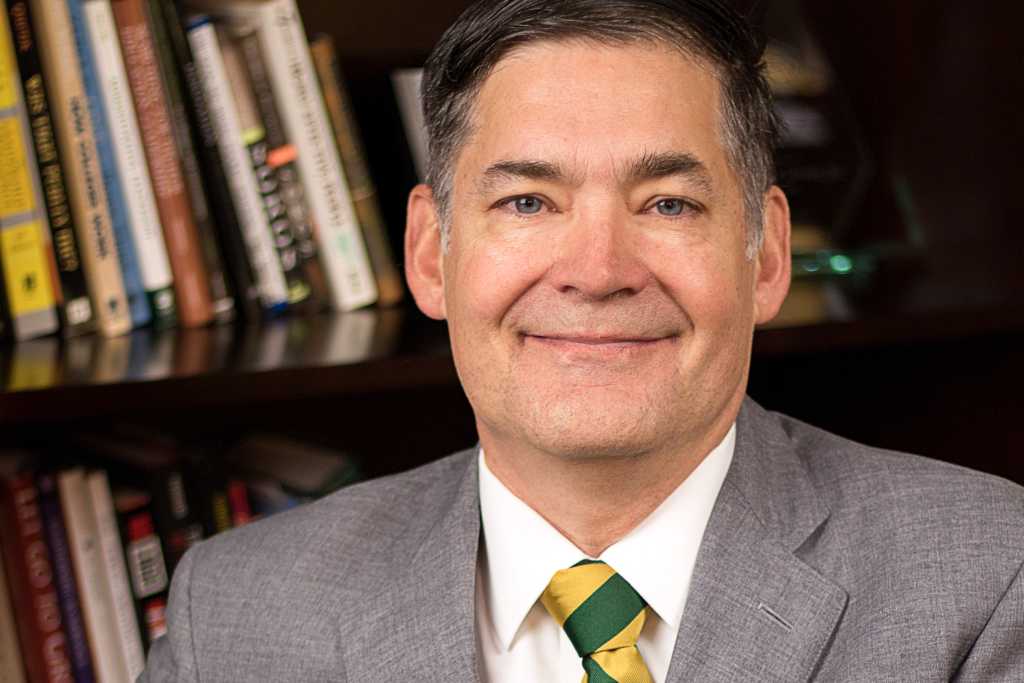 When Dr. Curtis Carver, Ph.D., took over as CIO at University of Alabama-Birmingham in 2015, he confronted a “computer science museum,” as he calls it — instances of every operating system, storage device, and application on the market for the past 30 years.

Carver’s first priority then was to clean up the outdated mess and rationalize the entire technology infrastructure onto a single, comprehensive platform that would empower the university’s thousands of scientists to innovate and make breakthrough research discoveries.

“We started a movement towards a rationalized model, and that was a hybrid cloud,” Carver tells CIO.com. “When your researchers are doing personalized medicine, or genomics research, the datasets are so large that it doesn’t matter how fast your network is. It is the speed of light that becomes a limiting factor.”

Seven years later, Carver now oversees a hybrid cloud infrastructure based primarily on Microsoft Azure and Kubernetes, Tableau and Microsoft Power BI for analytics, Microsoft’s Azure AI framework, and lots of Nvidia graphics processors, all connected to a high-performance computer cluster at a nearby private data center via a 100 Gigabit connection.

It appears his modernization approach is having an impact.

Last fall, the UAB, which Carver says is the medical research hub of the state, made a genomics discovery that enables pig kidneys to be transplanted into humans — a potential life-saving breakthrough that caught the attention of CNN and major media outlets globally.

The UAB medical team transplanted two pig kidneys into a brain-dead human recipient and is currently planning a clinical trial to transplant the pig kidneys into living humans — an endeavor that will require approvals from the government. If successful, the procedure could have a profound impact on kidney failure mortality, which claims hundreds of thousands of lives each year.

Carver claims no credit for any of that. But UAB’s ongoing digital transformation and subsequent scientific win is no doubt a factor in enabling its genomics research and generating the kind of fundraising that leads to more breakthroughs. Case in point: The university just broke ground on a $75 million project to construct two buildings that will serve as the UAB Genomics Research Hub.

In addition to overhauling the entire IT infrastructure, Carver pivoted UAB’s IT workforce to put more resources into enabling scientific innovation. Today, less than half of his IT staff is deployed to “keep the lights on” matters such as addressing helpdesk issues while a larger percentage is tackling the next-generation technology needs of its genomics and medical scientists.

That kind of muscle is important to scientists, who once were bumping up against limits in all IT areas — storage, e-mail, and processing power. Carver aims to offer unlimited IT services to UAB’s researchers and is well on his way.

“Our most recent purchases have been focused on high-performance computing processors built specifically for neural networks and artificial intelligence, which we use quite a bit in genomics medicine,” the CIO says. “For our genomics, those processors are well tailored for that.”

The roughly $850 million in sponsored research UAB brings in each year is also helping to elevate what IT can provide.

“The whole idea is we move from an era of scarcity to an era of abundance,” Carver says. “And you can manage the IT and budget in such a way that people are empowered to focus on pancreatic cancer. … The idea is to create a palette of tools that people can actually use rather than nickel and diming it.”

And analyst Dr. Nimita Limaye, research vice president of life sciences R&D strategy and technology at IDC, says such IT efforts at institutions like UAB are vital given competition from the private sector.

“Big pharma is investing in technology like never before and it is aggressively forging partnerships with AI vendors,” she says. “Universities and academic medical centers need to reinforce their positions as innovation ecosystems for the life sciences industry, and therefore, it is critical that their CIOs should adopt cutting-edge technologies to stay ahead of the curve.”

Next up: AI and data lake decisions

To that end, UAB’s next step is to tackle big decisions around expanding its AI and data analytics platforms, says Carver, who is not handling the long-term planning alone. UAB has two committees, Data Governance and Digital Strategy, whose work will help guide decisions about which next-generation AI platform and data lake to adopt, for instance.

As part of its data governance plan, UAB seeks to build “deep expertise” in core data systems, including a data dictionary, digital validators, and a digital marketplace. Carver says UAB is “leaning toward” using ServiceNow but is also considering Salesforce for its digital marketplace.

“Rather than going through a contracting vehicle to solve a common problem, [we want to build] a digital marketplace and deploy it. You can solve [purchasing] for the entire university instead of one small unit,” Carver says. “It’s fostering innovation, but we’re doing it in such a way that we’re creating competitive advantage and a common approach and leveraging the full economies of scale that we can bring as a multibillion-dollar university.”

UAB is a big Microsoft customer but also has master service agreements with Amazon and Google, Carver says. The university’s learning management system, for example, runs on Amazon Web Services, and other services are hosted on Google Cloud Platform.

UAB currently runs a Tableau server on-premises that many administrative departments and some researchers use. A few departments on campus also use Microsoft Power BI, a UAB spokeswoman says.

UAB plans to implement a centralized Power BI server in the future and develop a centralized reporting catalog that will show reports produced in Tableau, Power BI, and other analytics solutions. This is aimed at helping users find reports and the associated data more quickly, she adds.

On the artificial intelligence front, UAB has been using Microsoft’s natural language processing technology and Azure AI frameworks. For example, Carver’s team has developed “intrusive advising agents” for students who are not attending classes, and chatbots that answer common questions from students and staff.

But so much more has to be done in AI, automation, and data analytics, as well as security, one of Carver’s pet projects. UAB’s digital transformation remains a multi-year endeavor that’s going to dominate not only 2022 and 2023 but the foreseeable future, he says. But the work in support of the university’s research endeavors is rewarding.

“What humans can do is awesome. What computers can do is awesome. But when you combine the two, when you have a human and computer interacting together to jointly solve a problem, it’s way better,” Carver says. “It’s not one, or the other. But how do we provide systems that work in synergy.”

Carver aims to provide scientists with a very agile platform that gives them access to custom levels of processing power, storage, and networking in 15 minutes. “Let them focus on the science. We’ll handle the back end of things,” Carver says. “So, they’ll win more grants, make scientific discoveries, and change the world.”