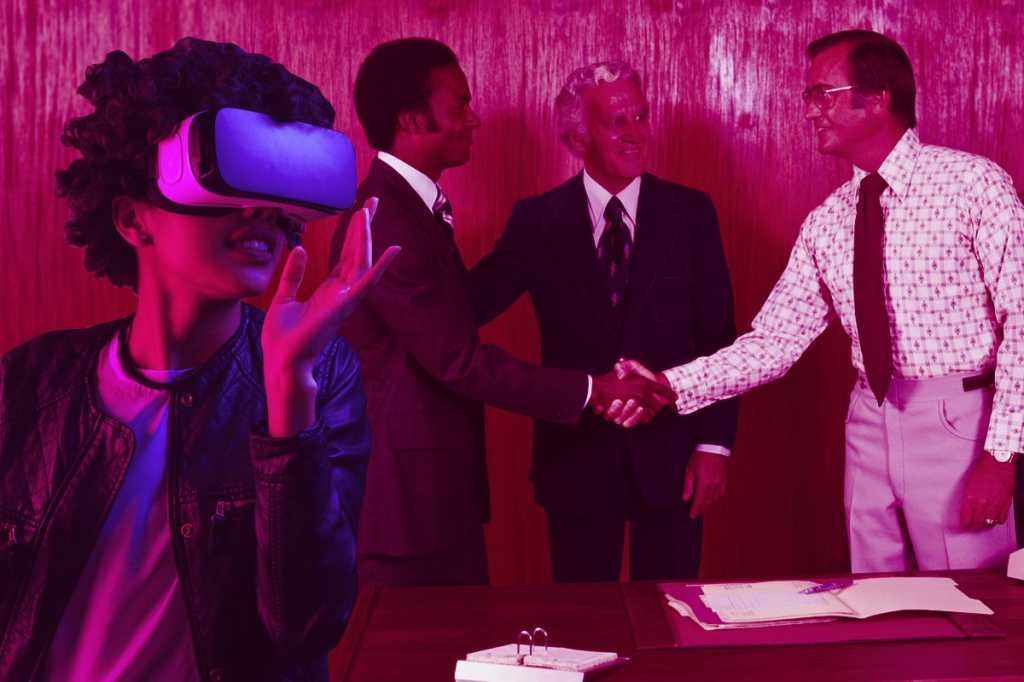 Accenture hires thousands of people each year. It’s an expensive process that traditionally has involved flying people to central hubs for training and orientation. Two years ago, the consulting giant started shipping many of its recruits virtual reality headsets instead.

At the same time, it created a virtual world or “metaverse” that enables employees to socialize, form teams, conduct training, and collaborate. “We know the best way to be an early innovator is often by deploying technologies internally,” says Jason Warnke, digital experience lead for global IT at Accenture. “Immersive learning offers new ways of connecting with each other to practice soft skills, such as sales conversations, giving and receiving feedback, as well as coaching and mentoring,” he says. At the company’s virtual campus, new employees connect “to our culture and each other.”

Virtual reality has long been the domain of gamers and futurists, but it may soon land on the priority list of CIOs as well. With the price of VR headsets falling to under $300 and high-speed 5G networks just around the corner, the technology appears headed for a home in the workplace, though how widespread usage will be is an open question.

In many ways, VR has already entered the mainstream. Grandview Research says half of the 18% compound annual growth in VR sales it expects through 2028 will be in retail stores, car showrooms, and real estate offices.

More business applications are on the way. Architects and designers are already using digital twins, or virtual replicas of physical objects and spaces, to build and test everything from golf clubs to office towers. Next step: the office.

There’s no question that the shift toward more distributed workforces will be a factor in workplace adoption of VR. The pandemic “will change how we work in teams and how we are distributed,” says Ari Lightman, professor of digital media at Carnegie Mellon University’s Heinz College. He believes there is a broad move going on to more decentralized autonomous organizations (DAOs). And DAOs will need new tools like VR.  “The idea with VR and DAOs, is that more people will be able to collaborate and communicate in different types of modalities, including metaverse instantiations,” Lightman says.

Technology giants are preparing: Meta Platforms (formerly Facebook) and Microsoft are among those that have already made multi-billion-dollar bets that the “metaverse”—a VR-based world in which people will work, play and conduct transactions—is on the horizon.

“VR gives you an additional option to collaborate, especially in remote and high-consequence situations,” said Tuong Nguyen, Senior Principal Analyst at Gartner. However, he stresses that VR should be viewed as part of a spectrum of tools, not as a panacea. “The telephone didn’t stop people from wanting to meet in person,” he noted. “We are social animals and we do well in direct contact; a lot of rapport and relationship building was not fully replaceable by electronic means.”

Paradoxically, two years of virtual meetings may slow VR’s adoption among the business rank and file, said J.P. Gownder, Principal Analyst at Forrester Research. “We have already seen the problem of Zoom fatigue,” he says.

Employees who don’t see compelling reasons to don bulky headsets may refuse to wear them. “This is an issue not to be underestimated,” Gownder said. There are also questions about how much time people will be willing to spend in a VR environment as well as practical problems like motion sickness, a side effect that “most people don’t experience but enough do that it can be a real barrier,” The learning curve for collaborative scenarios may also be steep, since participants will need to master both the technology and the skills needed to participate in virtual worlds.

Gownder suggests that the answer to many of these challenges is gradualism. Relatively few organizations will need or want the full-blown 3D experience, at least not immediately, he says. Participation via a familiar and less obtrusive 2D medium—a flat screen—will be sufficient.

“Gamers have participated in VR that way for years,” Gownder says, noting that Microsoft’s metaverse is being adapted for 2D consumption by the end of the year. “Because head-mounted displays are a barrier to mass adoption, many of these experiences will be available on 2D screens for the foreseeable future,” he says. “Microsoft Teams will have avatars, virtual workspaces, and upgraded 3D whiteboarding, but most people will experience that on a flat screen.”

Jack McCauley, former chief engineer and co-founder of Oculus VR (which sold to Facebook for $2 billion) and now innovator-in-residence at UC Berkeley, agrees that there may be multiple on-ramps to VR adoption. For now, he admits, VR can be isolating and headsets need improvements to combat the problem of motion-sickness. But he also sees the technology as a way to power new kinds of collaboration. At Berkeley, for example, he’s working on ways to use VR to expand the capabilities of a popular “maker space” to allow students to construct some projects entirely virtually.

Industrial applications in the vanguard

The same concept can be used in the auto industry, McCauley says. Instead of crafting costly and time-consuming mockups of car bodies or car interiors, a CAD system that incorporates all relevant dimensions and material characteristics could generate a VR “mockup” that provides immediate visceral feedback of the form, function, and appeal of a given design. Revisions could be made quickly to the digital twin without the need to rebuild a physical mode, he explains.

Designing and manufacturing complex products like locomotives or aircraft in collaboration with suppliers around the world could be made practical by using VR to share insights, experiences, and information, McCauley says.  And many kinds of VR activities could be experienced in useful, 2D ways on even a smart phone.

But even McCauley admits that, despite the benefits of shared experiences, avatars are no replacement for face-to-face communications. “One of the benefits of Zoom is that you get to see the human face; I don’t know how VR will translate group interactions,” he says.

Some fields, like law and medicine, may resist VR for practical reasons, warns Matthew Carter, an American attorney working Osaka, Japan. “Although COVID has changed the landscape, lawyers, judges, and arbitrators put a very high value on in-person appearances,” he says. Litigators, in particular, are concerned with the quality of evidence and are therefore suspicious of any technology that might lead to fake or inferior testimony. “Because of this, I see the legal sector lagging far behind in any VR workplace revolution,” Carter says.

“You have to understand the community you want to provide VR or AR to and the uses case and adoption patterns,” Lightman says. If the technology gets in the way or becomes burdensome for a physician performing arthroscopic surgery, it won’t work.

“People are looking for more ways to connect,” adds Sarah Pope, EVP of business transformation at Capgemini Invent. “People are very visual and a lot of human learning is sensory, so, VR is an opportunity to bring things to life and convey information.”

Then there are practical IT issues like cost, security, infrastructure, and ownership.

Cost depends on the approach and choices you take. VR can be as elaborate and costly as an organization wants, Gownder says, but leveraging SaaS and packaged options can help control costs. For instance, he notes, Walmart has adopted VR for training associates but works with a vendor that offers a semi-customizable platform. “Walmart didn’t have to reinvent the wheel; the platform allows them to capture their real-life stories and easily turn them into training,” he says.

Equipment also needs to be managed and maintained. “You may not be able to simply manage this through your SCCM [System Center Configuration Manager],” Gownder warns.  The problem, he explains, is that Oculus Quest 2 isn’t supported by Microsoft SCCM management tools. “There are a few mobile device management vendors that support managing the Quest 2, but it’s not a mature or common enterprise-class device like a Windows PC,” he adds.

Security, of course, must also be baked in. While less essential for task training, “if you are building VR with information that is essential to your business or proprietary factory or product design,” then security should be the starting point, Gownder says.

Organizations will also need to ensure that appropriate infrastructure is in place, he says.  Depending on the application, needs could range from generic applications that require nothing more than a decent Wi-Fi connection to engineering collaboration projects that demand real-time rendering, high-bandwidth connectivity, and high-performance computing.

Finally, there is the subject of who “owns” this evolving activity?  At the moment, the answer varies widely, Gownder says. In some cases, it’s the operational technologist who runs the factory. “Or it could be learning and development, which is usually an HR function,” he says. Some applications can be built internally or in partnership with a third party, but ambitious projects like creating a digital twin of an entire operation “will probably need to involve data leaders in your company,” he said.

In any case, don’t ignore VR. It has already proven to be worthwhile for training and learning because you can learn by doing. “That’s why the military has used VR for so long,” Gownder says.