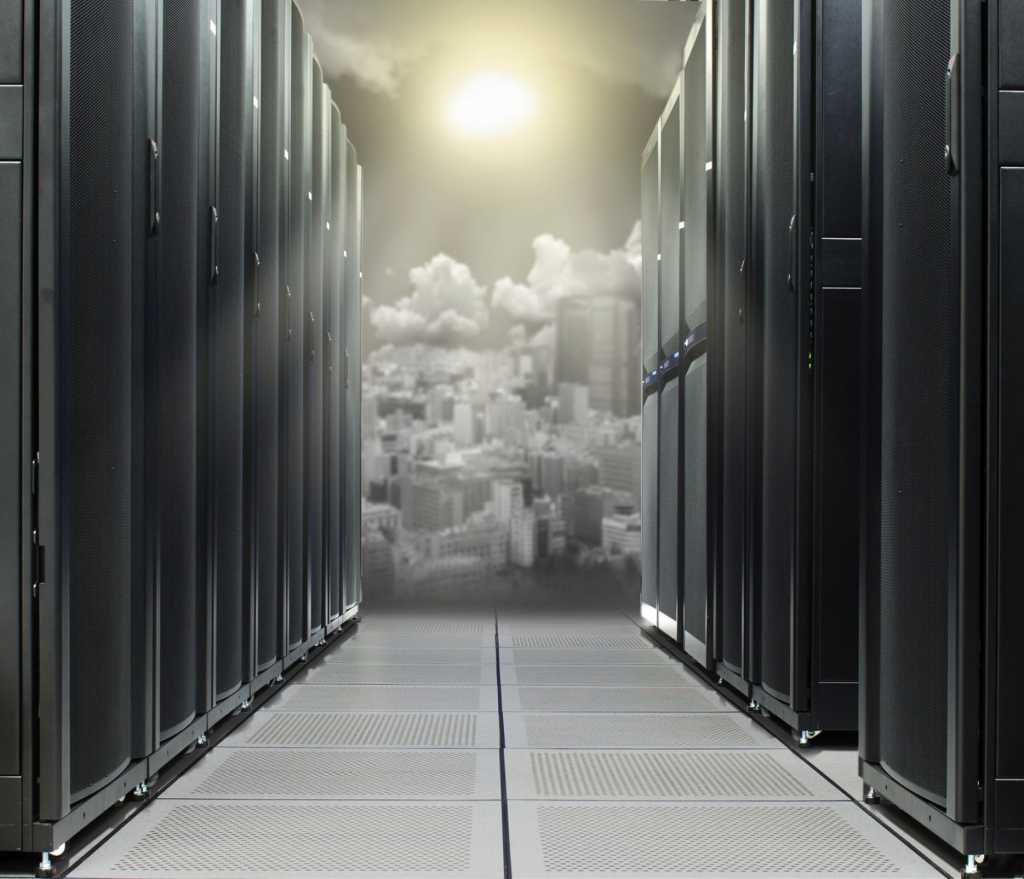 Sonny Sonnenstein is not a mainframe guy. “I’m a banking technologist,” says the CIO for retail, business, and digital banking at M&T Bank. But it is safe to say that Sonnenstein understands something about investment risk and when it’s time to double down on a strong hand. He’s doing just that on the bank’s IBM Z system mainframes, for which the bank has written some 10 million lines of code over the years. Sonnenstein is looking for a return on that investment.

“We happen to have a lot of stuff on the mainframe. It’s part of our universe. It’s still the beating heart,” Sonnenstein says. M&T, a $6.1 billion gross interest income institution serving the mid-Atlantic region and headquartered in Buffalo, NY, maintains two data centers, one in Buffalo and the other in Millsboro, Del. Each houses an IBM z15 system.

The bank’s use of its mainframes is two-pronged. The first is to run transaction-intensive banking applications, including bank statements, deposits, mobile banking, debit-card processing, and loan payments. The second is to host mobile applications, containers, and artificial intelligence (AI) applications — what Sonnenstein calls “acting as a full-fledged member of the modern universe.”

IDC analyst Peter Rutten says the bank’s strategy is consistent with the way many organizations are using their mainframes these days. “The core reason for purchasing an IBM Z is these workloads that require massive amounts of transactions at very high speeds, but then the second reason is to use the modernizations on the system to do all these additional value-generating things with it,” he says.

According to IDC, IBM sold more than 4,300 IBM Z systems in 2020, for approximately $3.5 billion, only 3% of the worldwide server market in terms of vendor revenue. But size isn’t everything, Rutten points out. “Comparing IBM Z to the x86 market is like comparing a Mercedes AMG GT to the total automobile market. Its share is small, but that’s because it serves a unique purpose that the majority of automobiles do not aim to fulfill,” the analyst explains.

Not all enterprises are in the market for big iron. After all, entry-level pricing for mainframes in the z15 family running IBM Z operating systems is $250,000. IBM LinuxONE III systems run only Linux at prices starting at $135,000. But IBM is softening the capital expense impact of purchasing a mainframe, the performance of which ranges from 267 MIPS on the low end, up to 183,267 MIPS, with its Tailored Fit cloud-like consumption-based pricing model. The program enables customers to pay only for what they use of Z system hardware and software.

By continuing to invest in its Z system, IBM is mapping a path to the future for its customers. IBM announced its eight-core Telum processor, which includes an on-chip AI accelerator, in August 2021. The first Telum-based systems are slated to ship in the first half of this year. IBM’s hardware timetable calls for CPU upgrades approximately every two and a half years.

“We have three to five future generations in one phase of another of R&D in a seven-to-ten-year roadmap,” says Barry Baker, vice-president of product management for IBM Z and LinuxONE at IBM.

But hardware alone will not guarantee the future of IBM’s mainframe architecture. The company is also banking heavily on synergies between its Red Hat unit and the Z systems. “We have seen the largest growth where clients augment [core] systems with open source — Red Hat Enterprise Linux and OpenShift,” Baker says. The surge in Linux interest reflects the popularity of the operating system across the industry. The compound annual growth rate of Z systems has been between 10% and 13% annually, while Linux has been growing at a CAGR of 24% over the past 15 years, according to Baker.

IBM’s customers are not converting older applications to run on Linux but are creating complementary new Linux-based applications, Baker says. Companies might build a new Linux-based mobile app that incorporates some public cloud services, along with direct access to core services on the Z systems. An engaging app that is backed by live mainframe data can be created quickly, according to Baker.

According to IDC’s Rutten, the IBM Z has endured because of IBM’s copious investments, not only in periodic hardware upgrades, but by adding capabilities to work with an ecosystem of open-source software and third-party tools and applications, many of which are made possible through IBM investments. “Being API-enabled, web-enabled, mobile-enabled, cloud-enabled, DevOps-enabled, open-source-enabled, AI-enabled, quantum-safe encryption-enabled, etc.,” ensures that the IBM Z works well with the modern requirements of an enterprise compute platform, Rutten asserts.

At M&T Bank, Sonnenstein is dipping deeply into that well of capabilities. For example, the bank is utilizing IBM’s Z Digital Integration Hub to stream debit card transaction data in real time via Apache Kafka to a fraud detection engine. In another example, the bank is drawing on mainframe bank balance data to send real-time alerts to mobile customer apps.

The initiatives are part of the bank’s five-pillar digital transformation strategy to modernize its core banking and mainframe environments. The strategy includes utilizing Zafin’s SaaS offering atop its core z15 platform to enable teams to create and update products and features, and making use of IBM Z/OS Connect to help build and deploy APIs. M&T will also mirror VSAM files with SYSB-II to minimize the impact of overnight batch processing and enable 24x7x365 availability, and leverage IBM Z Digital Integration Hub to simplify on-demand movement of data between the mainframe and other environments, including the cloud. Shifting from overnight to real-time processing will also enable the bank to create new, real-time applications for its customers.

All of this is aimed at transitioning M&T to the modern world — which also means playing well in hybrid cloud environments. “A lot of our investment is to enable customers to use the platform in a hybrid multicloud strategy. That’s the future,” Baker says. IBM makes Z system hardware available in its cloud and currently is the only cloud-based service that runs actual Z system hardware. AWS, meanwhile, offers a Z system emulation service.

In a recent announcement, IBM rolled out a basketful of Z series enhancements and services, including IBM Z as-a-service on IBM cloud for software development and testing. IBM Wazi as a Service will give developers a protected space in IBM Cloud to develop and test z/OS applications on z/OS virtual servers. Also included in the announcement were tools for developing hybrid cloud applications.

“It lowers the barrier to entry for adopting DevOps on the mainframe because developers can use public cloud for their beta and minimum viable product (MVP) development,” notes Brent Ellis, senior analyst at Forrester Research. Even so, Ellis says more is needed. “IBM needs an IBM Z cloud offering that is similar in usage and adoption to AWS EC2, RDS, and DynamoDB — API-driven, easily provisioned by customers, and scalable without reference to underlying hardware,” the analyst says. “A production IBM Z cloud offering would mean the ability to draw in businesses that are typically too small to acquire mainframe infrastructure.”

The need of customers like M&T to keep their mainframes going fuels IBM’s commitment to do what it takes to make that happen. The result is a self-perptuating cycle of demand and supply. “The mainframe going away has been predicted numerous times since the early 1990s. What the doomsayers don’t really understand is how modern the platform is,” IDC’s Rutten says.

Sonnenstein agrees, “It took a man to the moon in the 60s and it still works.” And with plenty of tools to adapt it to a very different future, he adds, “It’s not your grandfather’s Buick.”

But a key ingredient for the mainframe’s long-term prospects is talent, and mainframe doubters have long based their pessimism on the gradual disappearance of aging mainframe experts from the workforce and the reluctance of computer science majors to focus on the platform because they fear making a commitment to a dead-end technology. But a realistic assessment takes into account the vital niche mainframes occupy and the need for programmers and operations specialists to manage those systems, probably for decades to come.

Dr. Cameron Seay, adjunct professor at both East Carolina University and Tennessee State University and a board member for the Open Mainframe Project, specializes in mainframe technology education. Seay says mainframe technology is a particularly fertile field of study at historically black colleges and universities (HBCUs), where many students have gained skills that have led to successful careers.

“It has been a gold mine. It’s a beautiful niche for students there. Tennessee State is doing a really good job,” Seay says.

Mainframe education programs at HCBUs have placed “at least 300” students in key technology positions at banks, insurance companies, large retailers, and state and federal government agencies, according to Seay.

Farther north, M&T Bank launched in November 2020 its Z Development Program (ZDP) Mainframe Apprenticeship, a training and internship program that recruits participants from non-traditional backgrounds and underserved communities, particularly Black and Latinx people, as well as women and veterans in the Buffalo area. The goal is to develop entry-level application developers and systems administrators with the skills to work with IBM Z systems. The program is a collaborative effort that draws on the support of IBM, Franklin Apprenticeships, and the Urban Institute.

“M&T is very committed to creating [technology] onramps in our community. We have a commitment to human capital to not just maintain, but to run new things,” Sonnenstein says.

In April 2021, M&T announced it had hired the first group of 10 graduates of the ZDP to support the bank’s core mainframe applications. The 10 will next embark on a 12-month formal apprenticeship as well as continuous learning and professional development through on-the-job training.

“The global economy runs on the mainframe. That’s just a fact,” Seay says. Faced with the perception that only the newest technology is worth pursuing, Seay says outreach is needed: “We need to develop awareness in the general public more than we have. We need to get new people on the platform. We need to develop new training materials, and we need to understand that it’s not going anywhere any time soon.”

Stan Gibson is an award-winning technology editor, writer, and speaker, with 36 years of experience covering information technology. Formerly executive editor at eWeek and PC Week, he is currently principal at Stan Gibson Communications, where he continues to write and speak about all aspects of IT.