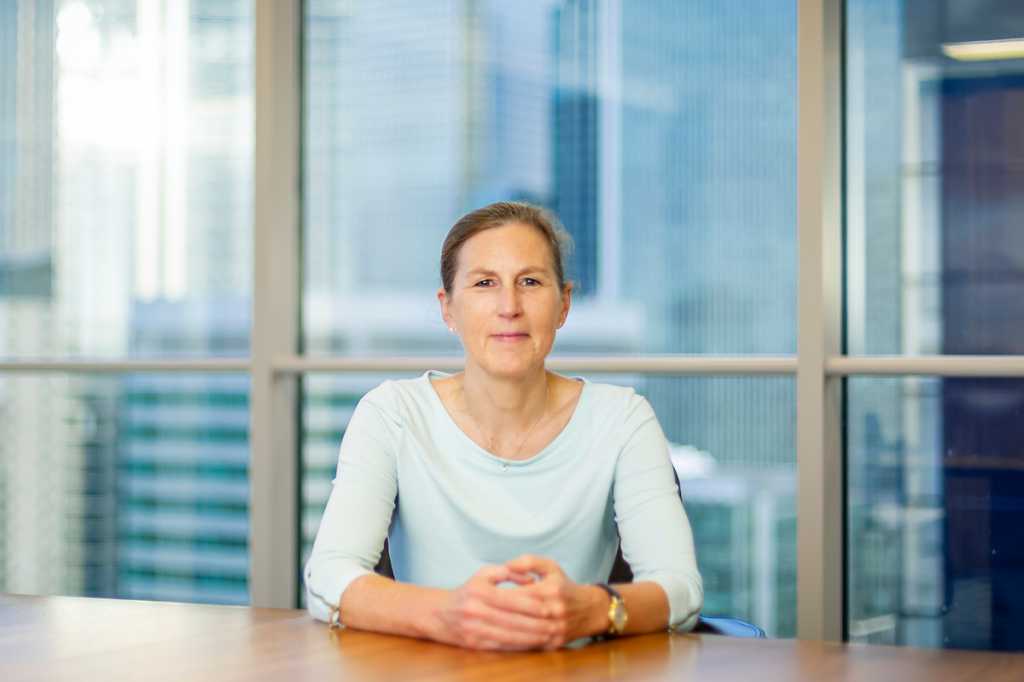 Established by the UK Parliament in 2001 to settle complaints about financial-services companies, the Financial Ombudsman’s Service (FOS) has served an increasing number of consumers, recently dealing with more than a million people a year. Heightened demand through the COVID-19 pandemic has put even more pressure on FOS, whose services are free to the public, as a growing case load made waiting times for complaint resolution increase.

The onus is now on the agency to expedite case resolution and respond to charges of unfairness and other complaints, all while reducing costs amidst economic constraints. Those objectives are the crux of a 2025 business strategy that puts technology at its core — with CIO Nicola Wadham having a critical role to play.

Two years into a CIO role that is part of the executive team and which reports directly into the CEO, Wadham says the boardroom has bought into the importance of technology and data — which fall under her remit, along with infrastructure and cybersecurity. This buy-in, accompanied by changing customer expectations, has pushed her to make key structural changes to the group’s IT department.

Rebranding the IT department

“We took the conscious decision to change the focus and tone of the IT department,” says Wadham. The IT moniker was dropped in favour of ‘Digital, Technology and Data Services’, and the change also coincided with a new ethos to work more collaboratively with business departments, rather than solely being brought in for project delivery. “We really are stepping into more of a service … around adoption, collaboration and the exploitation of our platforms,” she says. “We’re becoming less project-centric.”

She says that the IT department works in tandem with line-of-business departments on joint projects, and is now building a ‘service culture’ to better support the wider organisation. Early examples have included content and IT service delivery teams working together to implement a new intranet site, with IT also collaborating internally to facilitate remote working through the deployment of VDI (virtual desktop infrastructure. IT teams, as Wadham describes, have had to evolve, while crucially not forgetting the fundamentals of maintaining the organisation’s core infrastructure.

“I have restructured, but I don’t like to tip organisations on their backside. You go together, you go gently, and you go with purpose. You put bits in at a time and just shift the tank around,” says Wadham, who is also soon to launch an AI ethics team. “It does require different skills and different roles in the business,” she says, adding that her teams need not to be asking what the organisation’s requirements are, and building systems for that, but rather advising on the capabilities and what they can work on together moving forwards.

Wadham has been reshaping the IT strategy to be ‘cloud preferred’, leaning on cloud service providers Microsoft and Workday.

For front-end services, the agency is looking to launch new digital channels for complaints, while back-office operations have been modernised through Microsoft Dynamics for casework management, Azure for enterprise architecture, content and documentation through Office 365, and financial planning and HR with Workday.

The FOS’s cloud-preferred approach owes to a relatively simple business model, says Wadham, with customers primarily using agency services to file a case, and find out whether their appeal has been successful.

The move towards more cloud services is about driving greater agility and freeing up staff, with the organisation’s 2025 strategy report highlighting that cloud technology could help it ‘to deliver more accessible technology solutions — to improve both our internal processes and the service we offer.’

“All [systems] will be in the cloud by November [2022]. We’re closing our data centres,” says Wadham. “That’s our foundational piece. We’re also replacing our telephony stack so it’s got more capability for natural language processing (NLP), as we take a lot of calls.”

Wadham is now looking at prevention, noting that while the agency focuses on complaints, better prevention measures could reduce unfair business practices and help the FOB develop better relations with businesses and consumers who use the service. And it’s here that the CIO is reviewing the organisation’s use of data, as well as introducing intelligent automation and pattern recognition technologies, working alongside an unnamed data science vendor.

Wadham hopes the year-long Workday implementation, which was carried out remotely with IBM and which consolidated 14 legacy platforms into Workday’s Financial Management and Human Capital Management, will enable her to spend less time on infrastructure and upgrading servers and more time on connectivity, collaboration, data, and other higher value tasks that align with the organisation’s core goals.

“I now have a powerful back-office system to support not just the journey [of the business], and the business of HR and finance, … but, of course, our managers of people, because we’re a people-centric organisation,” Wadham says. She describes the implementation as liberating data across the organisation and giving the group “confidence to make important business decisions quickly, based on the information and insights in front of us”.

Fighting for diversity, inclusion, and cybersecurity

When established 20 years ago, the FOB relied predominantly on telephony for complaints, evolving to the web so complainants could go online to file details on issues relating to financial malpractice or unfairness.

The continuing evolution of technology represents a challenge and opportunity in equal measure, however, offering the FOS new avenues to connect with users. But it has a need too to develop internal skills and avoid digital exclusion. The company’s own research acknowledges that, although it will develop technology including chatbots, virtual assistants, and automated systems, some consumers may remain unaware or unable to use new services.

“We need to ensure we remain a modern, accessible organisation — especially for those who need us most. That means investing in the channels they can use, and providing a seamless experience,” Wadham says.

So what keeps this CIO up at night? “I will obviously always lead always with cyber. … It’s a constant concern with the relentless sophistication and interest in disrupting stuff,” Wadham says.

“But actually, right now, it’s skills, skills, skills,” she says, noting the importance of managing people remotely, helping them avoid burnout, and driving staff engagement, but also of attracting, retaining, and developing the right talent. She notes that Oracle skills, in particular, are in high demand.

Supply chain resiliency and diversity are also on the watch list, with about a third of Wadham’s team being women and another third coming from ethnic backgrounds. At least 20% of the FOB’s senior managers identify as being from Black, Asian, or other minority ethnic backgrounds, while 50% of senior managers identify as female, according to the organisation’s own figures.

“You come into the organisation and you can see the people in it. We really walk the talk on diversity and inclusion,” Wadham says. “I think it’s a good safe place to come and work; you won’t get eaten by a huge corporate monster. It’s interesting work” she says, before adding tongue-in-cheek, “and obviously a highly inspirational boss to work for.”