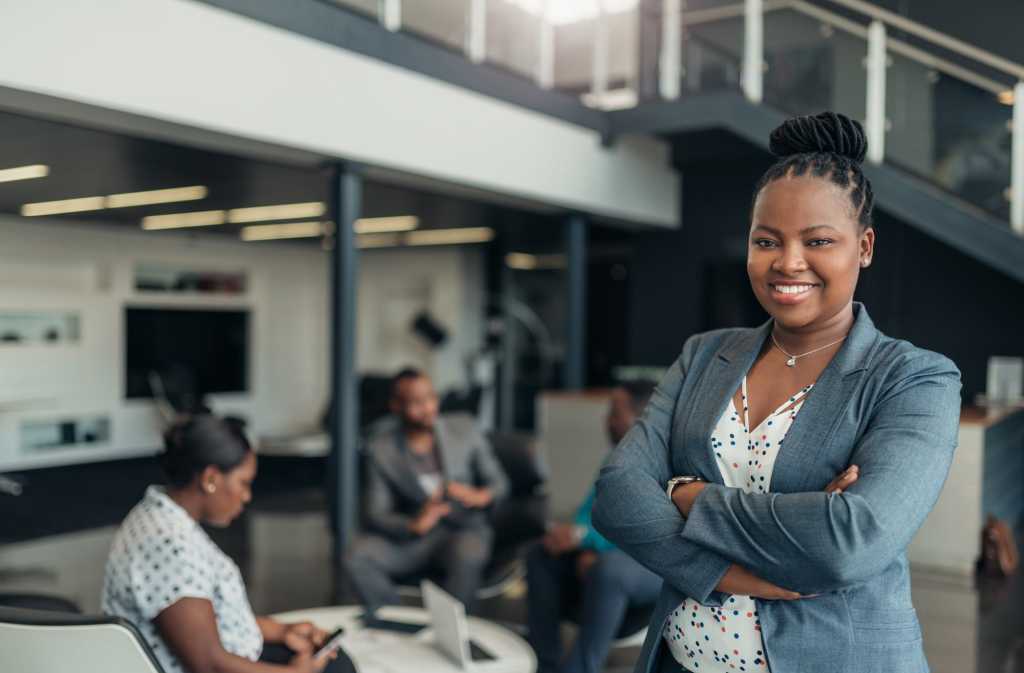 Businesses for some years now have had initiatives in place for diverse, equitable, and inclusive (DEI) work environments. While some progress has been made, the COVID-19 pandemic certainly caused setbacks, including for DEI in the African tech sector—and globally.

Women lost their jobs at a much higher rate than men. And they earned less due to lockdown regulations, with Oxfam International reporting that the pandemic cost women globally about US$800 billion in earnings. In addition to this, research shows that some racial groups were more vulnerable to the overall effects of the pandemic than others.

The ripple effect of COVID-19 has really shone a spotlight on how much work still needs to be done when it comes to DEI, says Johannesburg-based Suraya Hamdulay, VP for strategy and engagement at 2U, a US educational technology company. Having had her own experiences with retrenchments and company restructuring processes, she is adamant that all the gains made on DEI are lost when the market turns or when a company goes through a difficult time.

“When retrenchments happen, for either macro or micro economic reasons, it does a lot of damage to diversity, equity, and inclusion because the people who are affected the most are women, young people, and people of colour,” Hamdulay says. “Typically this is because they are often the newest members of the company. So retrenchments actually take DEI agendas a couple of steps back.”

It is inevitable over the course of a business’a lifespan that changes to the organisational structure will need to be made, Hamdulay acknowledges, but she advises that these decisions be made with consideration and care so that they don’t undo the business’s DEI efforts.

In the last two years, there has been a significant increase in the number of organisations making a commitment to improving DEI in technology roles, notes Tumi Sineke, the founder of Tirisanong, a Cape Town-based coaching and consulting business that helps leaders to create more-inclusive teams. “There was a time when tech businesses used to say that they ‘couldn’t afford to care’ about inclusion, equity, and diversity,” says Sineke. But times are changing.

Looking specifically at DEI within software development and cybersecurity, Robyn Stainbank, managing consultant for technology at Michael Page Africa, notes that even though DEI has been part of the typical corporate agenda, there still is a general lack of women in technical roles, as well as underrepresentation in senior and more-strategic positions.

She notes that issues related to social and economic disparity also come into play. “From a South African perspective, there have been many initiatives to bring about change and diversity from an ethnicity perspective,” Stainbank says. “However, this has also created a situation where the skills gap between individuals from a previously disadvantaged background and those from an advantaged background is quite large.”

For African tech leaders who are unsure about picking DEI goals that matter, Sineke recommends that they explore and understand global best practices and then make these locally relevant.

“An example of this is the trend to move away from using university degrees as entry criteria for junior-level positions. In South Africa, where only 6% of South Africans have a university degree, this is especially relevant. The [result] may be to create clear scorecards for software developers, rather making sure that candidates have the skills and competencies that are needed by the team,” Sineke says.

Similarly, it is important to provide anti-bias training and support for hiring managers who previously have relied on cognitive shortcuts about where someone graduated or what someone looks like as a measure of them being good at what they do, she says.

Tech leaders have to act on the goals they’ve set for themselves, notes Sineke. If gender parity in your engineering team is a goal, it’s a good idea to partner with a recruiter that has the expertise to help you find skilled female engineers. Acknowledging that skills gaps exist, especially when looking for diverse talent, Sineke says that reaching this goal may require developing talent internally.

“Where there are women in a team who are interested in pivoting to software development, mentoring, and training goes a long way,” she says. Technology leaders have to be responsible for developing the skills of their own staffs, but it also makes sense for them to piggyback on the mechanisms and programmes which already exist so that they have fresh opportunities to connect with a more diverse group of potential employees.

Work with outside training programmes

“In countries like South Africa and Nigeria, there are many software development and other tech-related  bootcamps that produce young and enthusiastic graduates looking for jobs in tech. [So] it would be a good idea to work alongside these programmes so that you can access a more diverse talent pipeline,” Sineke says.

Using the talent you have to develop the talent you need is another great approach, Stainbank says. “Mentorship and training from more senior/seasoned developers/engineers is a great way to develop talent and boost team culture,” she says. If, for example, you have a female cybersecurity expert in a senior-/strategic-level role, encouraging her to work closely with other young women in the company who have an interest in cybersecurity is a good idea because it shows these young people what it could be like to take up a senior cybersecurity role.

DEI initiatives must extend beyond recruitment, asserts 2U’s Hamdulay. “Once you’ve got a diverse team, you have to be very intentional about nurturing this talent, unlocking their potential, and setting them up for success. All of this must be done so that they can one day take up key leadership roles, because that’s where DEI matters most. If we don’t do this and we don’t address the status quo now, the journey to a more equitable environment will take twice as long.”

Often, businesses hire for culture or team fit, which is fair enough, but if your current environment isn’t particularly diverse it’s unlikely that a Black female software developer will “fit” with a team made up mostly of white men, Hamdulay says. “This approach can actually keep good candidates out. So we need to interrogate our understanding of what culture/team fit looks like,” she says. Self-awareness is critical here, particularly among leaders who must make sure that all systems, policies, and processes are examined with the goal of attracting and retaining diverse talent — talent that will one day be captaining the ship.

In 2022, companies should make it a priority to measure the impact of their DEI efforts, Sineke says. As is the case with any other area of the business, working towards a goal requires measuring the impact of the work being done and iterating on tactics and ways of working. “Measurement makes it possible to be honest about what worked, what didn’t work, and to reflect on what you learned,” she says.

Of course, measuring what matters doesn’t help without communicating the progress being made and the implication of lessons learned, she says. “Communicating this information alongside other business objectives demonstrates the importance of DEI to the business.”

Unless companies make a very deliberate attempt to change the profile of what tech looks like in the future, it’s inevitable that you’ll end up with companies that aren’t very diverse, Hamdulay says. When it comes to DEI, business leaders have to do something differently, she says. “We have to be creative, we have to be intentional, and we have to ensure that this goes beyond a conversation and translates into a workforce that represents the community is serves.”