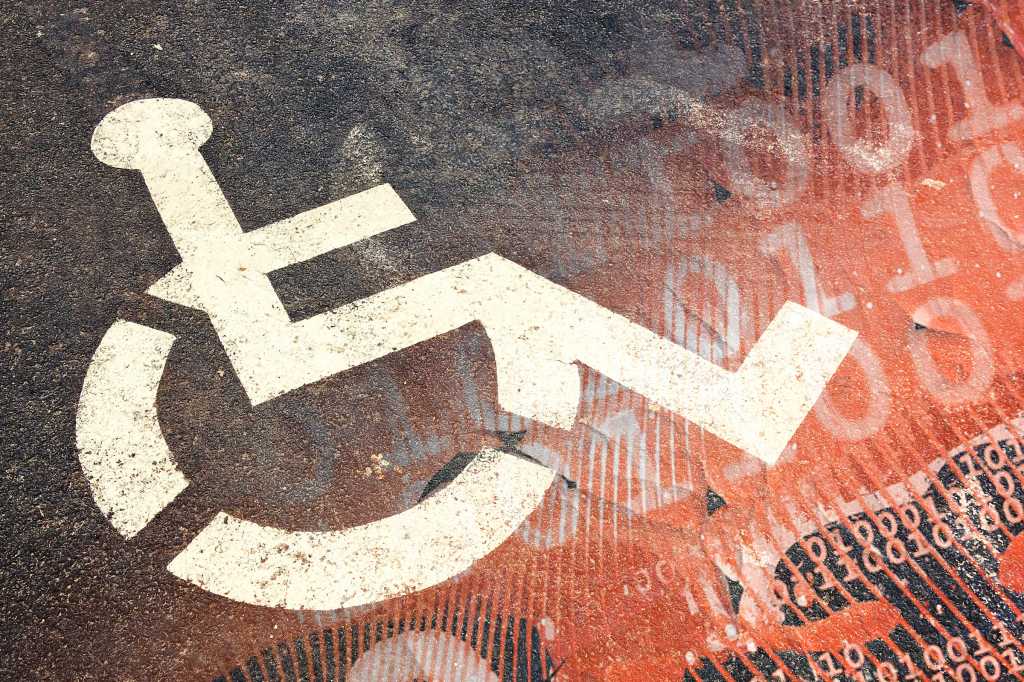 The list of tasks facing enterprise CIOs today is so long that it can be tempting to overlook the little things—like making sure the alt text on your website works correctly.

But CIOs increasingly ignore such details at their peril: 11 lawsuits are filed every day in U.S. courts over website inaccessibility. And 412 of the top 500 internet retailers have been party to at least one lawsuit over the last four years alleging that their websites discriminate against users with disabilities.

What makes a website accessible? “It can only be called accessible if everyone can use it fully and independently, and if it works with assistive technologies people use to navigate and consume content,” says Mark Shapiro, president of the Bureau of Internet Accessibility, an East Greenwich, R.I.-based developer of training, tools and testing technology for website accessibility.

That’s a tricky order. To be considered fully accessible, websites must accommodate visual, auditory, cognitive, neurological, physical and speech disabilities. Accommodations range from applying alternative text descriptions to every image to enabling visitors to navigate the entire site with a keyboard.

The issue has grown in importance as e-commerce has surged during the pandemic. One in five dollars is now spent online, according to the Center for Retail Research, a firm based in Norwich, England that provides research and analysis about the retail industry—more than twice the proportion of a decade ago. And the coronavirus pandemic has accelerated a longer-term trend toward accessing all sorts of other services online as well.

But for a significant proportion of the population, the shift to online everything comes with big drawbacks. While physical stores and businesses have made significant advancements to their physical presences since the implementation of the Americans with Disabilities Act of 1990, the online world has been slower to change.

Why web accessibility is worth the effort

A 2021 study of the world’s top million websites found that 97.4 percent flunked at least some web accessibility guidelines, such as offering high-contrast text so those with visual impairments can read it, providing alternative text for images so screen readers can explain what is being displayed and labelling forms so visitors know what information to provide.

Things have improved somewhat—in 2020, the proportion of inaccessible sites was 98.1 percent—but in some cases they’re cancelled out by setbacks in other areas. For example, the percentage of sites that fail to use alternative text for images has dropped by nearly eight points over the last two years, but use of high-contrast text has declined.

In the meantime, legal claims continue to proliferate that eat up time and budget. One suit, filed by a blind shopper who struggled to use retailer Winn-Dixie’s website, dragged on for five years through multiple appeals. Although the grocery chain eventually won the case, the effort and cash spent on its defense likely could have paid for most or all of the redesign that would have avoided the suit in the first place.

While the cost and time commitment of making a site accessible isn’t trivial, advocates say the returns are worth it.

“Right now, one-fourth of the U.S. population is considered to have a disability. It’s a huge market,” says Joshua Basile, an advocate, philanthropist, lawyer, and quadriplegic. Consumers with disabilities spend nearly $500 billion every year in the U.S. alone.

Many people are surprised that spending number is so large, says Jeffrey Bigham, associate professor of human-computer interaction at Carnegie Mellon University, who works to advance accessibility in technology. But it’s not unique to the U.S.: one billion people worldwide have some kind of disability, according to the United Nations, and the number is increasing as the population ages and medical advances keep people with illnesses alive longer. That makes people with disabilities the world’s largest minority.

Accessibility lawsuits on the rise

The cost of failing to address the needs of people with disabilities with a web presence goes beyond just lost revenue. “If you’re inaccessible you’re putting out a big statement that you’re not paying attention to that population,” says Basile. That argument has largely failed to change behavior, though. “The thing that has really galvanized things over the last five or 10 years is the legal side,” says Bigham.

One of the most notable early cases involved big box retailer Target, which was sued by the National Federation for the Blind in 2006 because its website was not fully accessible for those with visual impairments. Among the complaints were that Target.com lacked alt-text for images, had inaccessible store location maps, lacked headings that would help visually impaired users navigate the site, and didn’t allow for the purchase of products without using a mouse.

In the end, Target settled the suit out of court in 2008, agreeing to pay class damages of $6 million, $3 million for the complainant’s legal fees, and undisclosed fees for its own defense.  It was one of the first of a surge of legal cases that grown steadily since then. More than 3,500 digital accessibility lawsuits were filed in the U.S. in 2020, up more than 50% from 2018.

One of the most significant recent cases involved the Champaign-Urbana Mass Transit District in Illinois, which reached a settlement with the U.S. Department of Justice’s civil rights division in December after its website and mobile apps were found to be insufficiently accessible to users with visual and manual impairments. The case was considered significant because the Web Content Accessibility Guidelines (WCAG) that document best practices are voluntary, whereas the ADA has the heft of legal enforcement.

The increase in court cases has goes some way toward explaining why the number of job listings with “accessibility” in the title grew 78% from July 2020 to July 2021, according to Forrester data, with further legal and regulatory requirements expected to come in the next year or more.

Embracing accessibility as a corporate value

Threatening organizations with lawsuits for not being accessible—or making changes because you fear your business could fall foul of such a claim—is the wrong way to go about making websites and apps more accessible. “If you really want to make lasting change in a company, it’s the hardest argument to make but the most important,” says Bigham. “And it’s that accessibility is a value, that it’s just important that everybody be able to access the content or services you are providing.”

Accessibility also has a halo effect on visitors. As someone with a disability, “I notice a difference when I go to an inaccessible website versus an accessible website,” says Basile. The satisfaction of visiting a site that accommodates his needs are, in part, a feeling of inclusion.  “It’s a struggle to know what it is I’m missing,” he says. “Am I seeing the full picture? Why can’t I check out and buy this thing I want to purchase or fill out a form and be able to experience a website like everyone else?”

On the other hand, accessible websites tend to generate positive word-of-mouth. “We’re a very brand-loyal community,” says Basile. “We come back again and again because we had a good experience, and we share with our community how our quality of life has been improved.”

One of the challenges for businesses is that accessibility has multiple dimensions and there’s no silver bullet that makes a website accessible in one fell swoop.  It can appear to be an almost insurmountable task when you first face it.

“The scope of accessibility efforts is without question one of the most challenging aspects for most companies,” says Shapiro. “Where do you start? Who is responsible for what? And how do you know when you’re done?”

Basile, for example, uses an on-screen keyboard to input text and voice dictation software. A screen reader helps to parse visual information and “all those different things interact with a website a little bit differently,” he admits.

AccessiBe, an accessibility-focused Israeli technology company where Basile is community relations manager, has an access widget that scans customer sites each day to look for areas of improvement. It also has overlaps that can fix some problems, but specialized software isn’t necessary if organizations build accessibility into websites from the ground up.

The WCAG, which was developed by the World Wide Web Consortium, is considered the penultimate checklist. “WCAG is proven to provide a reasonable level of accessibility to satisfy legal and user expectations,” says Shapiro.

For those with existing websites, things can be more challenging. A site that uses style sheets is easier to fix than one with static HTML pages, which need to be addressed individually.

Small steps work best in that scenario. Prescription discount company SingleCare has slowly stripped away inaccessible elements of its website since its launch in 2015. Navigation has been streamlined, buttons have increased in size and language has been simplified. It was all in the name of meeting a need SingleCare identified through focus group research: older users coming to the site wanted to complete a task there in three steps or less.

Ultimately, between the legal risks and that $500 billion market opportunity, “It’s one of those things where you’ve got to do it because you’re going to end up doing it anyway,” says Basile. “So why not do it now and get it within the culture of your business?”