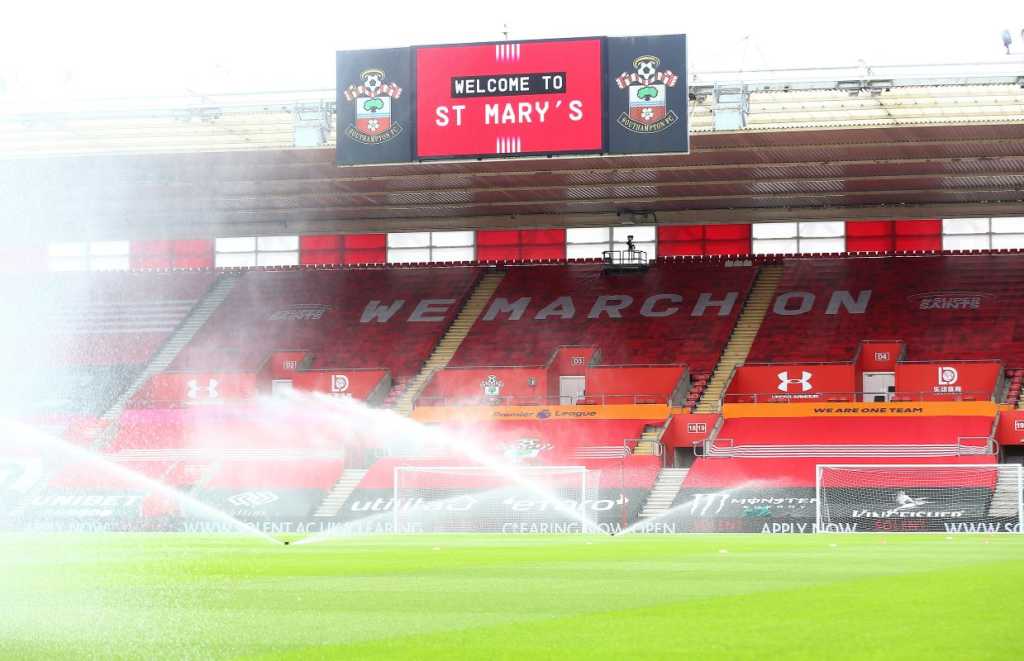 Southampton Football Club are on an upward trajectory with new ownership and a talented squad pushing to compete on the European stage. FA Cup finalists back in 1976, Southampton have been Premier League stalwarts for 20 of the league’s 27 seasons and are famed for a thriving youth academy that produced global superstars such as Gareth Bale.

It would be wrong, however, to assume that this comes without growing pains for the club’s IT director, James Grove.

A change of formation for the IT department

This being Grove’s first senior IT job in football, he’s had to get stuck in right away, as a football commentator might say. Joining just months before the COVID-19 pandemic, Grove has had to get up to speed on an industry that turns into a hospitality business on matchdays, while trying to save costs and impress new owners in equal measure.

The strategy spells out a vision to go digital-first and build a high-performance culture and outlines the legwork required to modernise the IT department. “What I found, when I talked to stakeholders here, was that IT was a closed shop,” says Grove, who is part of the senior leadership group and reports to the managing director. “We did enterprise IT fantastically [well], but there wasn’t really much engagement there with the rest of the business. We didn’t do any business relationship management.”

“IT are great, but we don’t know what they do”, was the attitude that reverberated across the club, which prompted Grove to bring about the changes.

Identifying single points of failure in the team, as well as a lack of progression in a flat hierarchy, Grove split his 12-strong IT department into four distinct areas: IT service desk, IT systems, network and security, and data analytics. The new team structure improved governance and decision-making, empowering the new service delivery and IT operations managers to call the shots.

There were also efforts to improve team culture, decision-making, and accountability. In a series of sessions team members talked about improvements the IT team could make, with the department going on to develop an IT charter that aligned club values with IT strategy.

“Our team charter was developed so that the team understand what they can expect from each other, and that they can rely upon one another in high-pressure situations,” says Grove, who adds that there are now three modes of working: business hours, out of hours, and match days. “The club have strong values on how staff interact with each other and we took it a step further by developing our own standard of working.”

IT engagement scores subsequently rose to 98% in the club’s annual people survey, behind only the boardroom, Grove says.

COVID-19 has caused many issues for top-level sport. When the UK government locked down, Premier League games were played behind closed doors and fans had to stay home.

In its 2019/2020 financial results, Southampton Football Club reported that group turnover decreased to £126.6 million from £149.6 million with broadcasting and match day revenue down year over year. The club recorded a net loss of £76.1 million, compared to a loss of £41 million the year before.

In the first lockdown, Grove says that the club looked to save “approximately £4 million across all budgets”, and this had an immediate impact on IT project delivery. Digital workspace and collaboration projects were accelerated as the club adopted a hybrid working policy, while stadium-related activities and fan engagements were put on ice.

The club’s hybrid working policy saw it move to use Microsoft 365 and Teams — with user numbers for the latter jumping to 400 from 80 inside a month.

Hybrid IT has remained the preferred operating model. The club has two data centres, one at the stadium and the other at the nearby training ground. Networking, Wi-Fi, telephony, storage, servers, AV, and CCTV are hosted on-premises, with some collaboration platforms and cybersecurity services hosted in the cloud through Microsoft Azure and other managed service providers.

SQL databases have been migrated to Azure to reduce on-premises storage, while point of sale, access control, and ticketing applications have recently moved to SaaS. For security reasons, building management and CCTV systems remain on-premises.

Grove says hybrid IT protects the club from downtime at the worst possible time. “You need to be self-sufficient in the stadium based on a match, there are a lot of critical systems. … If you’re relying fully on cloud, if the network goes down, or there’s disruption to the cloud service, you can’t let fans in.”

A football club’s ambition to improve data and experience

Moneyball, the Hollywood film based on Michael Lewis’s account of the 2002 Oakland Athletics baseball team’s use of data to find a competitive advantage, may have brought data analytics in sport into the public domain, but it is now everyday practice at Southampton.

A data insights team composed of analysts and data scientists comb through performance, scouting, and medical data to capture and create insights for football management staff. Grove’s team assist by hosting, managing, and backing up this data — but they’re also helping users better visualise the results.

“We previously had decentralised, fragmented data silos across the organisation,” Grove says. “With so much data stored in different source systems, we have invested heavily in data warehouses. A lot of work has gone into centralising data and working closely with our stakeholders to ensure best practice is applied.”

Grove says that his current priorities are to democratise data, increase the scope of data sources, ensure databases and pipelines are secure, reliable, and scalable, and ensure that the club gains the best value from available technologies. If he can do that, he says, the club can benefit from small gains that data insights can deliver.

The football club is looking for gains on the commercial front, too. The club has a vision to transform its stadium into a world-class entertainment and events venue, and has already embarked on new technology projects to make that vision a reality. A new big screen for the stadium is due to be completed in June 2022, while its Connected Stadium project has been earmarked for October. Grove’s team are working to improve connectivity, so fans can make calls, send SMS messages, or use apps and websites over Wi-Fi, 4G, and 5G.

“For St Mary’s Stadium, this provides an exciting opportunity to create the infrastructure to ensure we maximise all available commercial revenue streams such as increased fan and guest spend per head, increased sponsor and partner opportunities, and fan and guest data optimisation,” Grove says.

As Southampton climb the table, Grove’s own tactics are relatively straightforward: embrace digital culture and the “Southampton Way”, build out the IT team with new data capabilities, and protect the boardroom from escalating cyberattacks.

When Grove joined, the club’s cybersecurity was low. There were good technical practices in the IT department but little discussion or process for business staff. Cyber Essentials training has helped, alongside cybersecurity awareness training and simulation activities. The club established partnerships with Acronis and Crowdstrike for endpoint detection and response.

Crucially, the boardroom is tuned into the need for protecting the business and fans, even as they themselves remain a lucrative target. Firewall logs show that the club is attacked often, with ransomware and spear-phishing attacks prominent. Grove says one such tactic has been for cybercriminals to target the C-suite during transfer negotiations, when millions of pounds are being exchanged between clubs. The next year will, according to Grove, be about improving fan engagement. “We are prioritising our digital product roadmap and fan engagement and experiences. … Now restrictions have lifted, it’s vital for us to provide immersive fan experiences that lure people from their homes and back to the stadium and to engage digitally with new fans.”