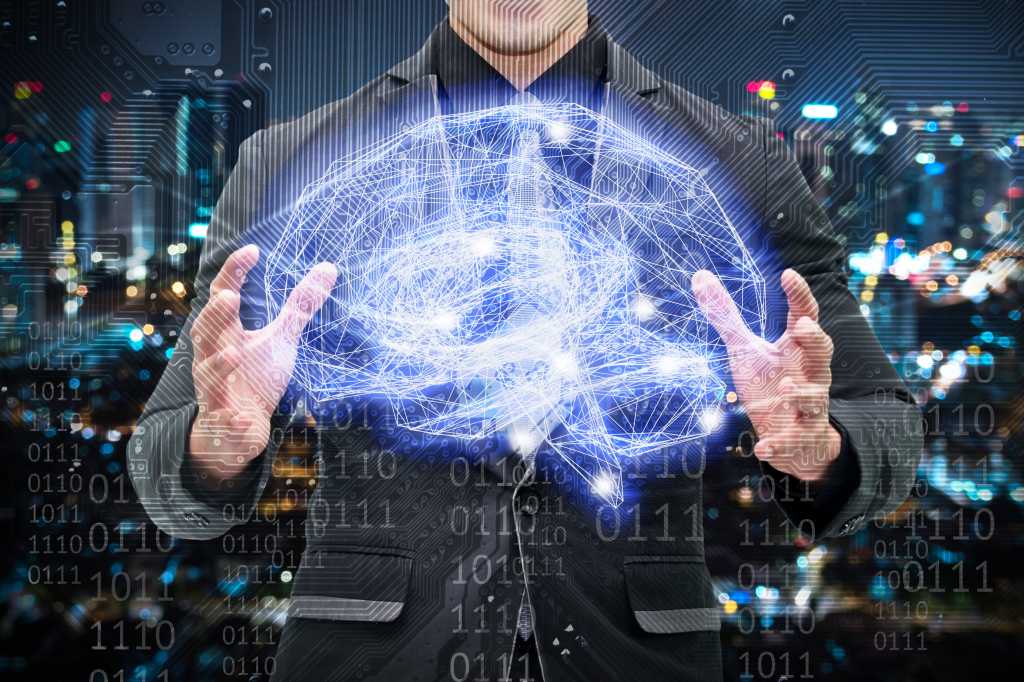 Employees are quitting jobs at record rates and companies are having a hard time luring them back. Exacerbating the problem is the fact that employees are now frequently working from home, making it harder for managers to identify employees who are unhappy. Plus, getting new hires up to speed is more challenging when they can’t attend in-person training sessions or shadow experienced employees.

To solve all these issues, companies are increasingly turning to artificial intelligence. But there’s a limit to how much AI can do.

The “Great Resignation” has been no exaggeration. The number of people quitting their jobs has been unprecedented throughout the pandemic, hitting a record high of 48 million people in 2020, up from 42 million in 2019, which was the previous record high.

Unsustainable work performance expectations, a lack of career development and advancement potential, and a lack of meaningful work are among the top reasons motivating employees to move on, according to a March McKinsey survey, with inadequate compensation further down on the list, in sixth place. The No. 1 reason why people quit their jobs? Uncaring leaders.

The problem is that it can be hard to notice that employees are struggling when they’re suddenly all working remotely.

“I’m an old-school person and I do believe that there’s no substitute for managing by walking around,” says Bill Nowacki, decision science lead at KPMG. “I don’t think there’s a substitute for good managers knowing that your daughter had a soccer match last week.”

But employers big and small have had to adapt, he says, and some are finding that remote and hybrid work offers significant advantages.

“This work from home thing is pretty cool and they’re going to embrace it,” he says. “But we will, then, by definition, take away the ability to manage by working around. When I have a team scattered all over the world, I really can’t intimately understand their comings and goings or whether they’re tired or not.”

To fill this gap, some companies are turning to employee surveys aimed at gauging how workers are feeling. More recently, they’ve been exploring the use of interactive chatbots to check the pulse of employee sentiment at work.

KPMG, for example, built its first interactive chatbot in 2016. It saw some limited adoption at first, but interest waned quickly. “Then literally this week, I had four calls on this,” Nowacki says. “People are starting to wake to it.”

Nowacki says the technology has grown since then. There’s a lot of information that can be gathered about what employees are doing, such as when they log in to their work systems, when they make their phone calls, and how much time they have between meetings. “All this data is there,” he says.

To make it feel less like creepy micromanaging and more like helpful attention, Nowacki suggests allowing workers to opt into the system. Employees can then understand what the company is looking at. “We can spot you burning out before you notice you’re burning out. When you present it that way, that we’re looking out for your health, they opt in,” he says.

KPMG calculates a score for an employee’s risk of attrition, tries to identify a reason for that, and then suggests a remediation. “With back-testing and cross-validation, we found that we’ve consistently been able to predict two-thirds of people about to resign, and save 10% to 20% of the ones we identified,” he says.

Not every company will be able to use AI to predict attrition, however.

“Like any AI application, the ability to predict turnover is entirely dependent on historic data,” says Jonathan Reilly, COO and co-founder at Akkio, a no-code AI company.

Typically, this means that only large organizations can use the technology. But eventually, it’s likely that this kind of technology will be core functionality in enterprise HR platforms, Reilly says. “Most business platforms will be run on AI in the next five years.”

One company that’s been investing in AI-powered chatbots and other tools to help reduce attrition is global professional services firm Genpact, which has more than 100,000 employees. Its chatbot, called Amber, asks employees relevant questions at crucial milestones with the company.

Previously, Genpact used surveys, he says. But the AI tool can help measure employee moods. The positive mood score is now a key indicator, he says. “We take action when there’s a decline in positive mood.”

And by ensuring employees get additional support when they need it, he says,  overall positive mood scores have increased as a result.

“Amber was especially crucial during the pandemic, when the company shifted to more remote work,” Srivastava says. According to Genpact, 66% of their employees used the Amber chatbot in 2021, and of those who did, 84% reported a positive mood.

“Employees who do not engage in Amber chats leave at a rate of two times more than those that do,” Srivastava notes. “The results have been well beyond what you would expect.”

The company also uses AI to monitor employee messages for indicators that an employee is about to quit. By analyzing messaging metadata, “not the messages themselves,” he says, “we can now statistically prove that certain types of communication behavior directly correlate to business performance.”

The analysis can help identify rock star employees so that the company can take extra steps to keep them motivated, he says. And it can identify attrition risks, enabling leadership to discuss retention strategies, or put succession plans in place before the employees actually leave.

Genpact is also speeding up the onboarding process for new hires using AI, says Srivastava. The company has transformed its new hire experience by digitizing the entire onboarding experience, which provides personalized experiential journeys, accompanied by experience and emotions mapping at each touchpoint.

“People feel that you actually care, that they’re investing in your future,” he says. “A lot of the problems in the labor shortage are caused by the companies not investing in the current workforce.”

AI-powered training solutions provide the most business value when targeting roles in which employees work within very specific parameters — and where there is a lot of turnover. Customer call centers are a perfect example.

Andy Thurai, vice president and principal analyst at Constellation Research, has recently worked with a mid-to-large global retailer that found it hard to manage turnover in their call centers when the pandemic started.

Prior to the pandemic, new hires would read documentation, watch videos, and then sit in a classroom. “They were set up to hire and train people physically, locally in the call center area,” he says. “It required a physical presence, face-to-face, to come to one place to learn. When everything went virtual, they were hiring someone without seeing them, and trying to coach them virtually to come to speed.”

Typically, in a call center, managers are walking around the floor, watching how employees are doing, ready to step in and help if there are problems. “When you go virtual, that can’t happen,” Thurai says.

The company wound up building a solution based on pieces from several different vendors, including natural language processing, intelligent decision making, coaching systems, and conversational AIs. It took between six months to a year before it was working well enough to meet their needs, he says. “And they’re still building it. With AI systems, things are never perfect.”

The company started by using old customer cases for the training program, enabling employees to try to come up with their own solutions, and then evolved to simulating new support cases that hadn’t come up in the past.

There’s also the beginning of a system that would search a knowledge base of past cases to suggest possible solutions to new hires while they were on calls. “It’s not perfect yet,” says Thurai. “But it can point you to the location where you might want to look.”

Recently, the retailer added functionality to automatically listen to ongoing phone calls and flag them for supervisors if it sounds like things are going wrong.

Next, the company plans to improve the knowledge base so that it will automatically come up with solutions, and to offer one-button automations so that employees can click a button to have the system take over tasks they currently have to do manually, such as issuing refunds or sending letters.

Using AI for training, as well as for retention, recruitment, and other HR tasks is what IDC calls “augmented human resources.”

Spending on augmented human resources grew at just over 30% last year to nearly $3 billion, and is expected to reach $6.3 billion in 2025.

And employees are increasingly warming to the idea. According to a 2021 survey by Workplace Intelligence and Oracle, 82% of more than 14,000 employees and managers from around the world said they believe robots can support their careers better than humans can.

Meanwhile, 85% said that they weren’t satisfied with the career support they were currently getting from their companies, and 87% said that companies should do more to listen to their needs.

In addition, 55% said they would be more likely to stay with a company that uses AI to support career growth. Some examples of this include identifying what skills they need to develop and recommending ways to learn new skills.

According to a report released by Eightfold AI last March, more than 50% of companies are already using some AI-related tools to improve HR, such as for evaluating potential job candidates and matching them to best roles, or using chatbots to answer common questions, map to employee career paths, or to upskill or reskill employees.

Moreover, 82% of HR managers queried for the survey said their companies will be increasing their use of AI tools for talent management over the next five years.

Some problems may be too big for AI to fix

According to research published in the Harvard Business Review, a toxic company culture is the single biggest predictor of attribution, followed by job security and reorganization.

An HR chatbot, no matter how intelligent, isn’t likely to do much to address these issues. In fact, AI is really a force multiplier. Using AI in a toxic workplace might make the toxicity even worse.

For example, if management’s solution to the turnover problem is to harangue employees into staying, then an AI system that monitors employee communications for signs of stress can put targets on these vulnerable populations, making them feel even more bullied and undervalued.

There’s only so much that AI can do to fix fundamental business problems, he adds. “How much Febreeze can you buy so you never have to wash your clothes again? At some point, you just have to wash your clothes. You have to do the work. You have to organize an efficient business. AI doesn’t solve a problem all by itself. Yes, AI can help, but you still have to get things in place for the AI to be successful.”