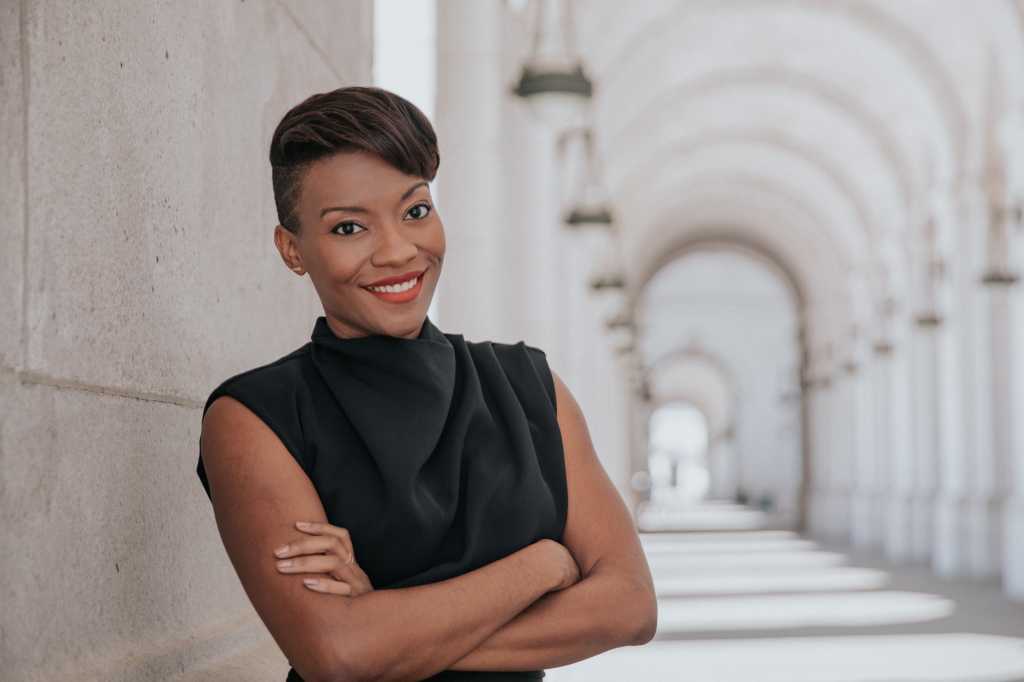 Nearly a decade into his IT career, Brian Mariner started feeling a sense of isolation that many Black IT pros experience at work. He had built up a “reasonable set of professional network opportunities” but felt that he “didn’t have a lot of confidants in the industry either from school or professionally,” he says.

“I knew there was so much I didn’t know about getting ahead in my industry, hiring and compensation practices, and what it was like culturally at other companies,” says Mariner, an engineering manager who, at the time, had worked for nine years at a Bay Area tech company after graduating from Stanford. “I lacked strong and lasting relationships with people who worked in my industry.”

When he heard about DevColor, a fledging career accelerator for Black technologists, Mariner got on board immediately, joining at its conception in 2015. He’s since found that taking part in the organization’s A* program and being a member of DevColor has helped him form a solid community of peers in the industry.

“Before DevColor I attended infrequent tech meetup events, typically with few Black people present. After a meetup, nothing kept me coming back to continue the dialogue,” he says. At DevColor, and in the A* program in particular, Mariner was finally able to be in a room “surrounded by software industry peers” and have the experience of “not being the ‘other’” in the room.

The A* program from DevColor organizes more than 50 cohorts that consist of six to 10 mid- to senior-level leaders in the tech industry who meet monthly over the course of a year. At these meetings, cohorts gain perspectives and advice from others in the program to help advance their careers. Through the group’s support, members can navigate difficult conversations at work, learn the necessary skills for high-level negotiations, and gain the confidence to “exhibit higher levels of self-advocacy,” says Rhonda Allen, CEO of DevColor (pictured above).

A* members work together to help each other set goals and intentions, to “help each other clarify where they are relative to where they want to be, and to help each other get ‘unstuck’ to make progress,” Allen says. The squads are put together so that everyone in the group is in a similar stage in their career and facing similar challenges. Squads don’t have a designated leader and run on a “flat structure” with a focus on being peer-led, says Allen.

Applicants can apply online — the program is currently oriented toward Black technologists such as engineers, engineering managers, and senior leaders in the coding space. Applications are reviewed on a rolling basis and sessions kick off in winter and summer. Cohorts are selected and organized through a “thoughtful and intentional” process, with Rhodes noting that organizing cohorts is a “manual labor of love.”

“We want to disrupt the inertia of the industry even within our own organization. If we have a squad of six male-identifying members and one female-identifying member, we won’t necessarily place her there. We want her to feel included, especially if she has expressed that she doesn’t want to be the only woman on a squad. We want to make sure that we are really being attentive to communities within our community,” says Rhodes.

Aneesha Raines, head of engineering at O(1) Labs, was part of a student organization during her time at the University of Michigan that focused on the “collective support and growth of Black computer scientists and engineers.” When she got into her first job, she found herself missing the support she found in that group and felt Dev Color “seemed to have that same spirit of collective support, growth and community” that she was missing in her career, she says.

Upon entering the A* program, Raines found that DevColor offered more than the typical networking or mentorship organization. She appreciated the way squads were formed, with an eye on matching experience, talent, and skills so everyone could get the most out of the experience. She also found the meetings were structured with a format that felt “designed to build a support system that requires people to show up and engage in the process” and that it helped her stay focused on her goals.

“It’s a time for us to support each other with our experience, which really helps to create that shared sense of community and belonging. This was something I really appreciated — being a Black woman in engineering leadership can often be a very isolating experience,” she says.

Raines’s sentiment about engineering leadership being a “very isolating experience” is something commonly expressed by Black technologists. Representation for Blacks in the industry is significantly lacking, with Blacks representing only 2% to 5% of tech executive roles, as compared to 83% of executives in the tech sector being white, according to data form the Diversity in High Tech report published by the US Equal Employment Opportunity Commission

The report also points out that at “select leading Silicon Valley tech firms,” as identified by a San Jose Mercury News analysis, 57% of executive employees were white, and less than 1% were Black.

With a lack of representation at the leadership level, the A* program gives senior leaders a sense of community and support that they often lack in their own organizations. It helps them build a network of other Black technologists who can understand the unique experience of being a non-white leader or executive in tech. It also helps provide a “roadmap to the unwritten world of breaking through these ceilings,” says Allen.

How you progress in your role is often straightforward early in your career, but as IT pros get closer to leadership roles or board seats, “it’s very opaque and even more so for folks who identify as Black and as coming from marginalized backgrounds,” Allen says. Oftentimes, Black tech workers who have their eye on executive positions don’t have the same type of access or resources that their white peers have. And with a lack of representation in the organization comes a lack of sponsorship, which is paramount for those on the executive path.

Aston Motes, current board member of DevColor, was a part of the first A* cohort that took place in 2015. While previously working as the director of engineering at UnitedMasters, Motes says he “expected the program to primarily be a way to meet other Black software engineers,” and to connect with “accountability partners.” But he found the A* program offered more than just networking. Since joining, Motes says that DevColor has grown to become a source of some of his “strongest personal and professional relationships” and that he’s found the network of current and former members “extremely valuable.”

“It’s very difficult to find a community with this caliber of people, all focused on technical excellence and with an eye towards achievement. As an independent organization, we can do a lot more for people’s careers than ERGs within companies, and in my experience the affinity members have for each other leads to deep trust in a way that may be impossible to replicate in a more general program. To a large extent, I believe advances people of color make in the technology industry will primarily come not from top-down gatekeepers changing their ways, but instead from bottom-up progress via organizations like ours,” says Motes.

DevColor’s State of Tech report found that 50% of Black tech workers don’t feel comfortable speaking up about inequities at work because it is “too risky for their career.” DevColor steps in as a third party to bridge that communication gap by working with companies and leaders to fill them in on what their Black technologists may be feeling at work and how they can work to improve their culture to accommodate inclusivity. They help Black tech workers feel less alone and advocate for them without also potentially putting them in a vulnerable position at work.

“We aim to be an accountability partner to companies and to leaders who are aiming to support Black technologists. For folks who say they want to support Black people in their community, we want that to be an accountable partnership and not just in words,” Allen says. “One of the things that we were charged to do by our community of Black technologists is to hold our partners and the industry accountable, to speak up more boldly on their behalf and to say look, you are saying you’re committed — here’s some very tangible things that you can do to live that out.”

Often, companies already have the data they need and the “necessary feedback on hand,” they just “aren’t doing the right things with it,” says Allen. Organizations need to have thoughtful and candid conversations about the DEI progress they’re making, setbacks they’ve experienced, and areas where they are failing at creating inclusive environments to retain BIPOC tech workers. With DevColor, organizations work to establish goals for the partnership and “lean in to get as much perspective as [possible] on the health and culture internally and encourage them to make progress on their internal goals,” she adds.

Whether your company’s culture was built intentionally or not, it exists, Allen says, noting that DevColor works with companies to “help them disrupt the inertia of how they’ve always operated.” You can’t expect to make meaningful change in the organizational culture if you keep doing the same things you have always done as a company.

Even if you aren’t doing anything at all, Allen points out that is still doing something. By doing nothing, companies simply allow the status quo to persist, whether that’s promoting friends and family, not working to root out bias in the organization, or hiring from the same bubble they’ve always hired from, Allen says.

Changing the equation for Black IT careers

According to data from Russel Reynold Associates and Valance, Black technologists (47%) are more likely than their non-Black (28%) peers to feel as if they need to change companies to grow their careers. They also change jobs more often; on average, Black technologists change companies every 3.5 years compared to 5.1 for non-Black tech workers. This can be due to a desire to grow their careers, but it is also attributed to toxic or hostile work environments that are unwelcoming to Black tech workers. Retaining BIPOC employees can be challenging if they don’t feel comfortable in the company culture, or feel they have been overlooked for promotions, raises, or new projects.

“Programs like A* are important for the industry because, to put it bluntly, despite efforts the industry is still failing it’s Black engineers,” O(1) Labs’ Raines says. “In almost every single mentoring conversation, panel, or discussion I have with other Black women in tech, the No. 1 question that comes up is, ‘Have you ever thought about quitting tech?’ Followed by, ‘What makes you want to stay?’ That speaks volumes.”

DevColor has helped Raines “navigate [her] path” and has given her access to others who share her experience in the industry and want to help her thrive in her career. She attributes the A* program and DevColor community as a major reason why she’s remained in IT at all.

“I am continually inspired by those around me, other Black leaders in the field who are succeeding at doing their thing,” she says.

Mariner also feels that the community he’s built through DevColor is what keeps him in the industry. He says that it has given him confidence in his career and that he “learned from [his] peers how to be a stronger contributor.” He also notes that it’s been a great resource for “finding and sharing opportunities for Black software developers.”

“Being in a group like DevColor is uplifting — seeing the examples of other people like me who succeeded in the industry gave me confidence that I could succeed. Knowing that I’m not on my own when it comes to what I’m facing in my industry,” he says.