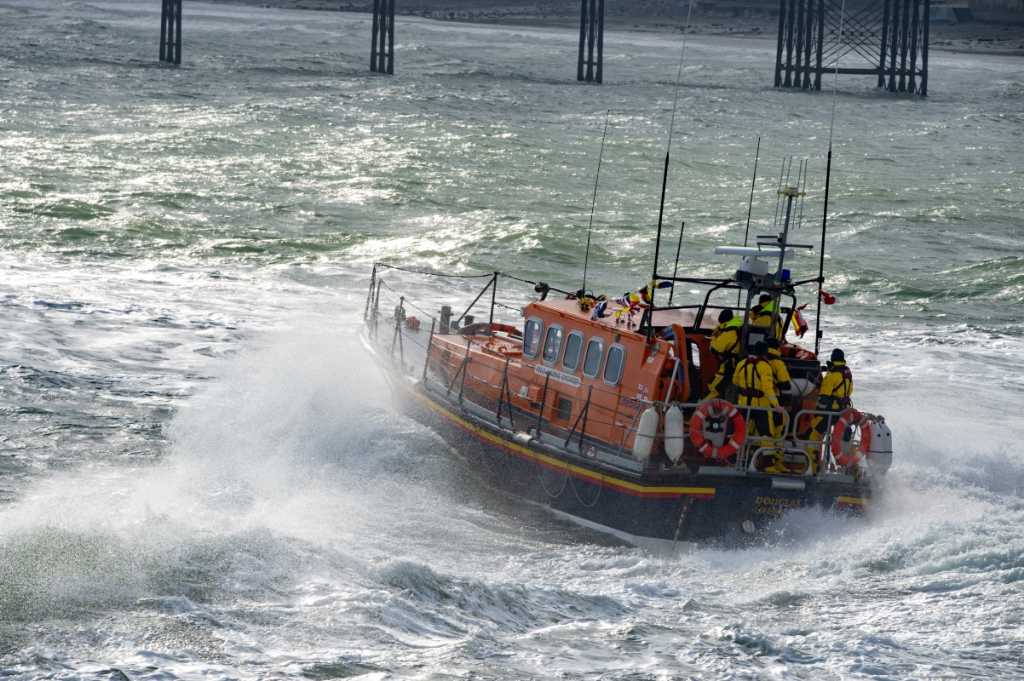 The Royal National Lifeboat Institution (RNLI) has come a long way since its inception in 1824, but its core mission remains the same: to save lives at sea. Volunteers provide a 24-hour search and rescue service around the coasts of the United Kingdom and Republic of Ireland, where the non-profit operates some 238 lifeboat stations and 240 lifeguard units. Over its almost 200-year history, lifeboat crews and lifeguards are said to have saved over 140,000 lives.

The charity’s CIO and strategy director, Claire Deuchar, is charting a long-term direction that goes beyond traditional IT cycles. She is restructuring her technology delivery team with strategy and data professionals able to look 30 years into the future, prioritising diversity, neurodiversity, and mental health in her IT department and looking to support volunteers experiencing economic hardship and political pressure.

An IT team looking to the future

Deuchar was appointed in 2018 as CIO, her first job as a senior IT executive after holding procurement and product roles in the energy and fast-moving consumer goods sectors. It’s been a choppy ride, however, with the global pandemic impacting the RNLI’s financial performance, volunteering support, and talent attraction and retention. Amid all of this, she has had to maintain the non-profit’s six objectives, according to its 2020-2024 strategy:

Deuchar has restructured the charity’s IT operations and digital delivery team to include a long-term strategy manager to investigate the non-profit’s pathway for the next 10 to 30 years (RNLI assets, such as buildings and boats, have a 50-year lifecycle).

She has also appointed heads of data evidence and insights and data operations and applications. The former will look at life-saving analysis and work with fundraising and marketing departments, whereas the latter will ensure the charity has the right speed and management of data. The new roles complement existing IT leaders in the team, including the head of IT services and security and the head of digital technology change.

Deuchar describes her own role as being the “standard spectrum” of CIO duties but, much like her expanding team, with a growing emphasis on data and insights. She says better information can help the RNLI support those who are most at risk, as well as inform communications, marketing, and fundraising teams about what’s required to improve awareness and gain new supporters.

“We know that data underpins everything that we do,” she says, noting that the RNLI has historically struggled to report to volunteers and users, particularly around lifeboat maintenance and downtime.

COVID-19 hits financials and volunteers, but there are positives

Government COVID-19 lockdowns have had a harsh impact on the non-profit sector and what the RNLI has experienced has been extensive and painful. Charitable donations bobbed up and down, financial results took a hit, and government guidance on social distancing meant volunteer support has at times been restricted.

According to RNLI’s financial reports, local authorities contribute 20% of the £20 million needed to pay for a normal lifeguard season, with the remaining £16 million coming from donations. At the end of the summer lockdown in the summer of 2020, the charity expected a multi-million shortfall in funding by the end of the year, mainly because it was forced to stop many of its fundraising activities.

“COVID has impacted every organisation in ways that were unimaginable,” says CIO UK 100 member Deuchar.

“The key thing for us is that we continued to save lives throughout the pandemic period. Our volunteers continued to go on shouts [rescue calls] and rescue people [on boats and beaches], even when we were in lockdown. Our lifeguards continued to support and rescue those in need on our beaches. We saw that the beaches were 30% busier during the pandemic than they had been in previous years.”

Deuchar says there were positives to emerge from an increase in lifesaving service demand for the technology team.

The pandemic accelerated network upgrades (more than 30% of RNLI stations suffer from poor broadband connection) and experimented with VR and mixed reality platforms such as Microsoft’s HoloLens to improve the maintenance of equipment. Deuchar says that while her team had to “re-sequence” work, they’ve received widespread praise across the organisation, and worked collaboratively with other departments to help digital income grow by 300%.

“The visibility of our technology, data and digital teams underpinning the organisation has improved, and I would say that some of the priorities of our projects have been enhanced as a result of that,” she says, adding that 75% of the change agenda is now led by the technology team.

Deuchar has been building an open and inclusive culture at the RNLI’s IT department. From bringing the team together once a week to celebrate achievements to putting a focus on mental health and neurodiversity, it’s all part of a wider cultural shift.

In Deuchar’s team, the RNLI ethos of OneCrew shines through. Some members of her team are neurodiverse, while others have mental health issues. Deuchar has looked to support them all through the pandemic through a raft of unorthodox and unregimented weekly meetings.

“I was very conscious that everyone, particularly from a technology perspective, was going to be under a lot of pressure.”

Her once-a-week catchups have been varied, starting with five-minute yoga sessions and tai chi, to inspiring talks from minority communities. A former deaf RNLI volunteer recently returned to talk to the team, accompanied by her Labrador. Mental wellbeing has now been included in the organisation’s annual people survey for the first time.

“I wanted to make sure that for every single call that we had together, we just had a few moments that were around our wellbeing, inclusion, and diversity,” Deuchar says.

A new data academy and hybrid IT infrastructure

As Deuchar builds out her team to focus on data and insights, data literacy becomes critical.

Working with apprenticeship provider Multiverse, Deuchar has launched a data academy, which she describes the course as a “three-tiered programme” that lasts between one and two years and offers RNLI staff formal data skills and qualifications in everything from data science to business intelligence (BI).

“The modules are business relevant and therefore have the added advantage of directly supporting the organisation as individuals learn,” Deuchar says. “The individuals put themselves forwards with line manager endorsement and have an assessment by Multiverse to confirm that they are being targeted at the appropriate level.”

This CIO is not resting on her laurels. She suggests that there is work to do on data literacy, training, and architecture, citing one example of collecting data from smart cameras on beaches.

The charity has a hybrid IT infrastructure and is undergoing cloud migration. A Microsoft-based organisation, the RNLI is using Dynamics AX for ERP, Dynamics for CRM, Sitecore for CMS/website management, and is looking to consolidate its raft of cloud providers to improve data and finance management as well as operational efficiency.

“We are currently defining our future data architecture, which is an exciting step for us. This will enable us to ingest and more effectively manage big data.”

For the year ahead, Deuchar is not battening down the hatches. There’s a further planned network upgrade, more experimentation with HoloLens, AI and smart signage on beaches, as well as a focus on talent attraction and retention. There’s a new digital programme, which will include a “sprinkling of ERP”, but supporting her team remains the main priority.

“It’s about engaging and leading my team to be brilliant. And to set the organisation up for the future.”