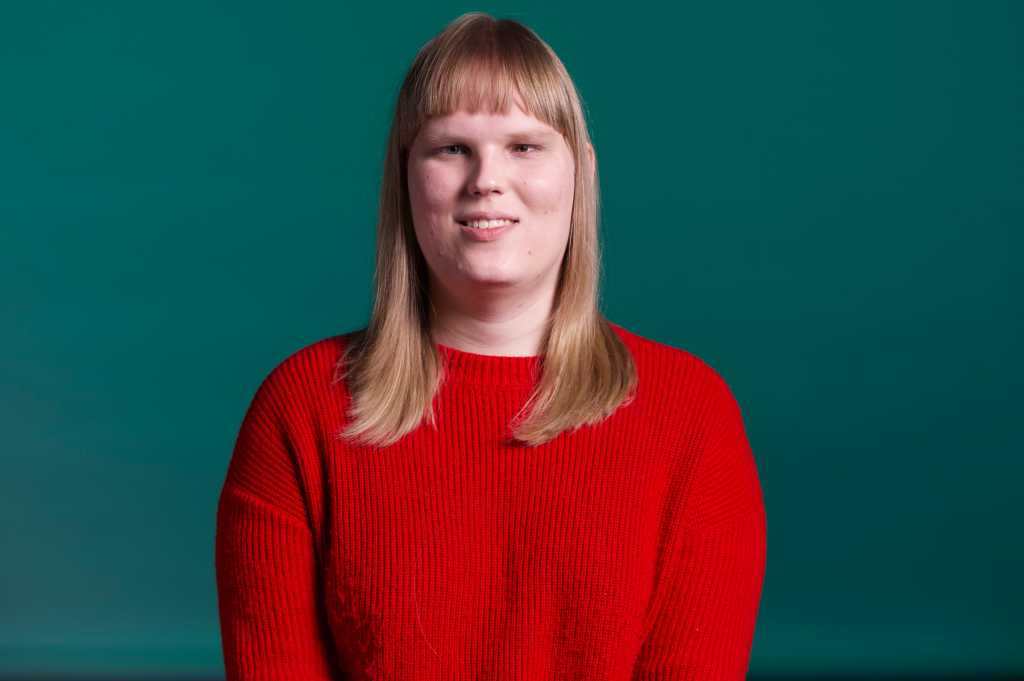 Mariya Burrows wanted to make a career change to software development after taking an introductory course on the topic, but the last thing she wanted to do was take out more student loans. She researched “low-cost options to break into the technology industry,” and when she came across the Ada Developers Academy, she didn’t believe it was real at first.

“It seemed too good to be true — free classes for six months, a paid internship, partnerships with great companies in my area, high graduation and employment rates, and lastly, an emphasis on social justice,” says Burrows, who now works as a software engineer at RealSelf.

After connecting with a former Adie — the nickname for students in the program — and confirming the program was indeed real, Burrows says she “couldn’t wait to apply.”

Beatrice Tohni found out about the program when a friend texted her a link to Ada Developers Academy saying, “This sounds like the perfect program for you.” After dropping out of a four-year computer science program due to depression caused by gender-dysphoria, Tohni was looking for a “second chance” to get back into the industry.

“I had barely scraped through college, majoring in things that I wasn’t interested in doing as a career, and ended up working at a grocery store. I knew that Ada would see these challenges as strengths and accept my story as one of the many infinitely valid paths that lead people to apply,” she says.

Despite getting accepted in the midst of the COVID-19 pandemic, Tohni was undeterred. She handed in her two weeks’ notice at her job and entered the program to embark on a new path in tech that has led her to a software engineer role at Microsoft.

A no-cost academy with a mission

Ada Developers Academy, founded in 2013, is a nonprofit coding school for women and gender-expansive adults — and it’s completely free. The academy’s goal is to “solve the tech pipeline issue and help create diverse teams,” with a focus on serving low-income Black, Latine, Indigenous, Pacific Islander, and LGBTQIA+ communities. The organization points to the grim statistics for diversity in tech as its reason for focusing on this demographic — only 25% of software developers are women, 3% of those women are Black and only 2% are Hispanic or Latine.

Students who participate in the year-long program spend the first six months learning the skills to become a software developer. The second half of the year is spent in an internship with one of the many corporate sponsors that work with Ada to fund the student’s education. The program boasts a 97% graduation rate, 94% job placement rate with a 160% salary increase. The founders of Ada Developers Academy felt it was important to offer a free program to ensure that everyone had equal access to opportunities in tech and to build a diverse talent pool of software developers, regardless of financial means.

Up to 80% of the students in the program come from a low-income background, and Lauren Sato, CEO at Ada Developers Academy, says that the organization recognizes that “just having a free program isn’t good enough” for these students. The rigorous program doesn’t leave much time for a second job, but Sato acknowledges that students still “need to be able to put food on the table and pay rent.”

To ease potential financial burdens on students, Ada Developers Academy offers a zero interest, no credit check living expense loan for the first six months of the program, and students receive a stipend for their internships during the second half of the program. The academy also offers benefits such as child care support, free mental health care, free laptops, and ongoing career coaching and mentorship to help students “persist through what is a very rigorous program,” says Sato.

“Ada is incredibly time-consuming, and there’s no way of getting around that. The upside to this condensed schedule is that it allows you to make a complete career transition within a year — that is incredible, but it does take a lot of time and effort. Despite the rigorous nature of Ada, I found it to be the most supportive learning environment I have experienced to date,” Burrows says.

How the program works

During the first six months, students spend time in the classroom learning skills for full stack software development. They’re taught Python, SQL, JavaScript, and React, among other skills. On top of the hard skills, Sato says the program also includes a focus on a “social justice curriculum.” Since the program caters to women and gender-expansive adults, they are realistic about preparing students for what they might face working in a male-dominated industry.

“We know that just sending folks into an industry that wasn’t built for them does not equal long-term success and certainly not advancement. We work really hard to prepare our students to advocate for themselves and their colleagues,” says Sato.

The organization also offers training to its corporate partners on how to build inclusive environments, as a crucial part of retaining workers from communities underrepresented in IT is ensuring that the corporate culture is welcoming and inclusive for all employees. Moving forward, all internship managers will be trained through a four-part series on inclusion, belonging, and allyship. This will “help folks feel like they can stay where they’re at,” says Sato.

During their six-month internships, students actively write and deploy code, Sato says. “They’re learning how to work on the software development team and how to work with a project manager. They’re learning to navigate tech companies and find their community within the company so that when they graduate, they’re fully prepared to enter the industry,” she says.

Students are also given access to mentors in the industry, up to 60% of whom are alumni who went through the program and want to give back after graduating. Partner companies also provide mentors and peer mentors — typically software developers and engineer leaders — who can give students insight into the industry and answer questions they might be “nervous to ask of their bosses,” Sato says.

Burrows says she was surprised by the level of support she had during the program, which included access to a personal tutor, an industry mentor, and an Adie mentor. Between all three, someone was always available to help Burrows with “projects, computer science fundamentals, interviewing prep, and general advice,” she says.

“I was never stuck on anything for too long because I had multiple avenues of support. This amount of support really surprised me. I completed graduate school prior and didn’t have this level of resources and support. I am, and have always been, blown away by what Ada can offer students as a nonprofit organization,” she says.

Ada Developers Academy also has a career services team that works to help prepare students for working in corporate environments and stays with the students through their internship leading up to graduation. The program also sets up interview rounds with corporate partners to get students connected with job opportunities at tech companies. This allows students to practice interview skills, while also giving them the chance to land a job before they graduate the program.

Prior to the pandemic, around 25% of the program’s cohorts would move to Seattle from other parts of the country to attend the program. But when the COVID-19 hit, and the program moved online, the organization realized the full potential of what Ada Developers Academy could be, Sato says. Seeing there was more of a national demand for this type of career program than they realized, the organization decided to expand its reach. The program has remained online, even as COVID-19 restrictions have eased up, making it more accessible to those outside of Seattle. The academy has also expanded to include two additional in-person campuses in Atlanta, and a forthcoming campus in Washington, DC.

The program currently serves 120 students every six months across the country. Corporate partners include organizations such as Amazon, Microsoft, Google, Indeed, and Uber, among others. Partners fund the student’s education, enabling the program to train a diverse pool of talent who will then move into internships with the corporate sponsors.

Ada graduates don’t lose support upon completion of the program. The organization offers robust alumni support, sending out job newsletters to help connect graduates who might be looking for a new role. And they work to keep alumni connected with the program and with each other.

“The Ada community is something that you join the day you’re admitted and will be with you through the rest of your life and career. The program creates an environment of mutual respect and trust where authentic relationships are fostered that often persist long after the cohort. After graduation, you become a part of the alum network, which is a continual source of social and career support,” says Tohni.

Ada Developers Academy is piloting a continuing education program to support alumni who are on the path to become managers, directors, and leaders in their organizations.

“We know that we’re successful in getting folks into the industry, but we want to make sure that we’re increasingly diversifying the leadership within these tech companies, because that’s where we’re still dramatically underrepresented,” says Sato.

Alumni also demonstrate a strong commitment to community, participating in the organization’s annual conference and staying connected online to share job opportunities at their companies.

“They’re coaching each other through difficult moments. This community is really powerful and I think we’re about 600 strong there at this point, and it’s really fun to watch,” says Sato.

Maintaining these connections and sense of community is important for underrepresented individuals in the tech industry. When groups of people feel marginalized at work or they can’t find that community in their companies, it can create a leaky pipeline where women, BIPOC, and LGBTQIA+ individuals simply choose to leave the industry. By building reliable communities outside their organizations, underrepresented workers in tech can better navigate the industry and are more likely to remain in tech.

“My message to anyone thinking of applying is that if you think you belong in the program, there’s a great chance that you do, and it’s worth taking your best shot to get into this life-changing program. Whatever path you’ve taken that’s had you considering a change is your story to tell. Sometimes you just have to take a chance,” says Tohni.