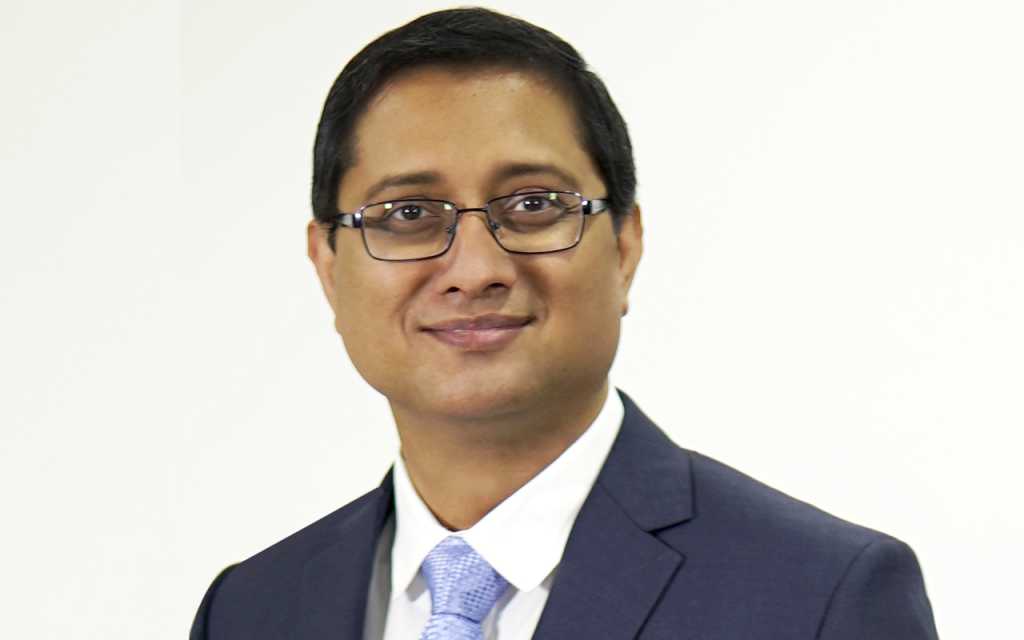 Abhijit Mazumder started his career with a small manufacturing company called Wesman in Calcutta. After working as an intern at Tata Group during his college days, he then moved to TCS as a consultant and has been there for the last 27 years.

“The first couple of years I spent doing what today we would call ERP projects,” says Mazumder.

“In 2007 we had a restructuring and in that period I gave up my role as a practice head and started a new unit called strategic solutions, which focused on winning larger strategic deals,” says Mazumder. He ran this unit for the next 13 years, taking on other corporate responsibilities along the way, including setting up the Digitate software development business and bringing the Ignio automation suite to market.

Now CIO, Mazumder spoke to CIO India about the role and his career. Here are edited highlights of the conversation.

CIO India: You are playing multiple roles at TCS. How did you land the CIO role?

Abhijit Mazumder: Almost all the roles that I had were because I had a vision in front of me. I ended up with the CIO role like that too. We were selling these solutions to our customers, and I thought of implementing some of these solutions for ourselves. That’s how I ended up in the current CIO role.

CIO India: How do you strike the balance between managing these three different roles?

Mazumder: Ultimately, it’s all about the customer. We have to ensure that we are building trust with our customers and delivering what we committed to. It’s not just how we enable our sales force, but how we enable the whole organization to assure delivery of our services and technologies to our customers. From that perspective, there is not a lot of disagreement across the different groups. If we are doing the right thing for our customers, employees, and other stakeholders, there is no disagreement between groups.

It’s one of the things that you learn to do as you grow in an organization. You tend to own multiple hats, and when you are wearing a particular hat, you behave in that particular manner.

Mazumder: The toughest decision I had to take was to walk away from a lucrative deal because it did not align with the values of our organization. The customer wanted to do certain things that we didn’t believe were aligned with the values of data integration. And therefore, even though it was a very lucrative and profitable deal, we decided to walk away.

Across the organization, nobody believed that we should have gone ahead with it. It was not a hard decision from that perspective. But given that you have a target to meet every year, it always is extremely difficult to walk away from a situation like this.

Mazumder: Multiple times multiple people have given me bits and pieces of advice. The one that stayed with me is to continuously evolve your role even if you carry the same title. A role is defined by what you do rather than what the title says.

The other thing that I have always valued is something that I learned very early in my career: to pause and listen to your stakeholders. Understanding somebody else’s context is extremely important. That’s some advice to keep in mind. Enabling and empowering every individual goes a long way in ensuring that we are able to manage what we want to do.

Mazumder: I have been playing a role in shaping organizations over the last 15 to 20 years and we have grown as an organization. I’m sure I will have similar roles to play with more responsibility.

As a CIO I am directly responsible for the IT infrastructure. But as a business executive, I’m also responsible for enabling businesses to gain more revenue and be more resilient and agile. As head of sales enablement, I carry the responsibility of enabling the sales within the organization.

Today CIOs are mostly business executives responsible for transforming our businesses. And therefore, the role mobility for CIOs is to go forward with business roles.

Mazumder: I have been grooming the next set of leaders in the hope that one of them will take up my role next.

I’m doing that by identifying capable individuals based on their approach to solving problems and the roles they play today, and how they achieve outcomes with the focus on the outcome. After identifying the set of individuals, I groom them over a period of time by giving them different responsibilities and diverse opportunities to prove themselves. I’m hoping that one of these few individuals will take over my role in the near future.

Mazumder: Today a CIO not only enables business but transforms it. It’s extremely important for any CIO today to understand how their business works, end to end. The balance is to always understand the business as much as you understand the technology. What you really bring to the table is how you introduce technology to make your business more productive, competitive, and available to your customers.

Mazumder: I think there are two things that we should try to do. First and foremost is to lead by example. If you want your team to behave in a particular manner, then you first ensure that you are behaving in the right manner.

CIO India: What roles or skills are you finding the most difficult to fill?

Mazumder: I think the most difficult skills to find in the market today are related to cybersecurity. We have to invest significantly in that area to scale up the talent base because it’s a challenge to not have that skill. There is a very high demand for cloud skills, especially infrastructure-as-a-service capabilities and people having knowledge of multiple cloud platforms.

CIO India: What has been your major learning?

Mazumder: One of the things I was told from an early stage of my career was to focus on adopting more third-party products and solutions to run parts of our business.

Building your own solution is more expensive, but because it creates your differentiation, you are better off with it for a longer term. That’s something I had to experiment with to learn.