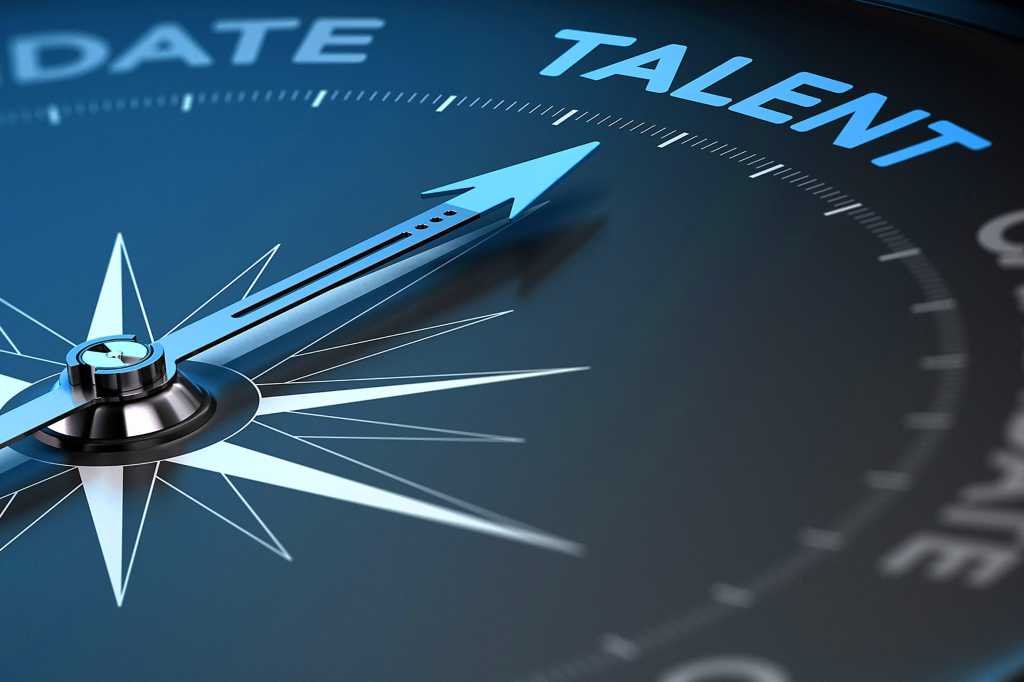 In the final quarter of 2021, research by industry analyst firm Gartner suggested close to a third of IT workers in Australia were actively seeking new jobs. This proportion was substantially above that of the broader market, which stood at 23.4% just the previous quarter.

Moreover, additional research by Gartner indicated that the rate of IT workers in Australia during the same period with a high intent to remain with their current employer was 19.6%, well below the global figure (29.1%).

By comparison, in the quarter just prior, 40.5% of Australian employees across all industries reported a high intent to stay with their current employer.

These figures highlight a tech sector that appears to be struggling to hold onto its IT talent. This trend, along with the broader ongoing tech talent shortage—made worse by pandemic-prompted border restrictions—have put many businesses in a tight spot in terms of tech resources.

Priorities among Australian IT workers are shifting

As a result, local IT leaders are finding new and creative ways to attract and hold onto IT workers with the skills they need. And as the rate of digital transformation continues to accelerate across the market in the wake of the pandemic, such skills are at a premium.

Many organisations are struggling to meet their tech talent needs, which has led to a slowdown in new hires, with the time to fill roles increasing says Neha Kumar, a senior executive advisor at Gartner. This, in turn, has the potential to slow down the overall delivery of digital work in organisations.

As the Gartner figures suggest, employee attrition rates have also been on the rise. In Australia, 27% of organisations have reported a rising attrition level of larger than 25% in the latest quarter, according to Kumar.

And while border issues have compounded the limited availability of IT talent, Kumar suggests the bigger issue is that the local market is not really in a position to simply hire its way out of the ongoing tech skills shortages.

“We’re not just dealing with the closed borders, and the time to fill jobs, and the record levels of attrition. We’re also talking about the fact that within the country, you’re not just competing with other organisations, you’re competing with people [who are] changing their relationships to work as well. “Their work-life balance and their criteria for work [is changing]. It’s an important aspect they need to address,” Kumar tells CIO Australia.

From Kumar’s perspective, the organisations that have demonstrated success in finding, hiring and retaining skilled IT professionals are those that aren’t just looking for answers in terms of recruitment. Instead, they are taking a holistic approach that incorporates elements such as lifestyle, culture and employee investment.

“The answers lie beyond just hiring more people. For the CIOs we’re speaking to, it’s a slow realisation, but it’s a sobering realisation, that they need to embrace [changing] expectations and prioritise the shift in employee perspectives,” Kumar says.

“The fact that employees want to work very clearly for employers that offer flexibility is something that a lot of CIOs have realised. They need to embrace that and balance it with the business outcome expectations. It can no longer be just business outcomes success. For these leaders, they need to balance employee outcomes as well,” she added.

Overall, CIOs are getting creative in working out what their employee value proposition is; they’re trying to be more intelligent and deliberate in working out what they can offer potential candidates. The leaders that have shown some success in hiring and retaining talent are those that are going beyond cutting around the edges and are instead making bold changes.

On the hiring front, the offer of hybrid work is no longer an ‘if’ but a ‘how’. “The questions now are more around how to do [hybrid] right, how to make it work,” Kumar says.

This is just one of many elements that feed into the broader question of how IT leaders and their organisations should communicate what they can offer to potential recruits. And a lot of it comes down to feelings.

Success when hiring starts with the right language

Kumar suggests that it is important to understand what kind of emotion the language an IT leader might use to describe and showcase a new position will evoke in a potential candidate.

“The messaging we’re giving a lot of CIOs now is around not just selecting the value proposition, but how you communicate that in the various touchpoints that you have with candidates,” Kumar says.

For example, IT people know they need to develop, that they need to upskill to remain relevant in a fast-moving market environment, so it’s a good idea to use language when spruiking a new role that clearly illustrates how the organisation wants to invest in and develop the candidate.

Although the emotional response in a candidate is an increasingly important factor, that doesn’t mean financial compensation has taken a back seat. Compensation was not always in the top five priorities of job seekers, but it is now number two, according to Gartner. Salaries still need to be competitive.

In terms of employee retention, Kumar points out that it’s not sustainable for the industry to hire its way out of the skills shortage, and so organisations need to invest in their own people. This plays into skills retention. But Kumar isn’t just talking about tech skills. Investing in management skills can also make a big difference in whether employees stay or go.

“Many people, they leave their managers. They leave the managers that are, for example, implementing their policies too harshly. So, [it is important to] take that next step and invest in training your managers to lead with empathy, to make sure that they are understanding the importance of employee wellbeing in the current context and prioritising their own people; making space for those conversations rather than trying to avoid them. Those are the things that differentiate the organisations that have good ratings for their people managers,” she says.

As a strategy, investment in people management is key, according to Kumar, and the way a manager manages a hybrid workforce is one of the most important things to get right.

How CIOs in Australia are adapting to employees’ needs

One local IT leader taking a relatively holistic approach to talent recruitment and retention is Jason Cowie, CIO at Perth’s Curtin University, who likes to incorporate a triad of factors in his employee recruitment and management activities.

Operating in a market heavily populated by big oil, gas and mining companies that can offer tech talent top-dollar, Curtin University competes for talent on the combined strength of the interesting and meaningful work it does, the organisational culture it fosters and the ongoing training and development it offers.

“We believe we’ve got one of the coolest transformation projects happening. We believe we’ve got a great organisation, culturally. And then we’ve also got a great training program that we’re undertaking with Amazon Web Services, called ElevateU. I think a lot of our value proposition is the combination of that triangle. I think it’s very powerful: great organisation, great projects and great development,” Cowie tells CIO Australia.

“As long as our salary is competitive, I think the combination of those three other elements have allowed us to attract some great talent,” he says.

Being a business that is relatively unique in the Perth market, as one of the larger organisations in the city that’s not in the resources or government sectors, probably helps with its value proposition to potential candidates.

“We’re an organisation driven by educating future leaders, and the students of today become the leaders of tomorrow. So, I think that resonates for a lot of people,” Cowie says.

Given Kumar’s advice about evoking the right emotional response in potential candidates, Cowie and his team seem to be striking the right balance in terms of language and a varied approach to lure in new talent and hold onto it.

Unsurprisingly for a major tertiary institution, Curtin has a very structured development program in place. From Cowie’s perspective, this plays a big part in how the university can continue to provide value to IT talent and keep employees engaged in a positive way.

The secret to an effective internal development process, according to Cowie, is a structured approach that revolves less around throwing money indiscriminately at training programs that might not be in the best interests of the organisation or the employee and more around targeted outcomes.

At Curtin, the IT employee training and development program is heavily linked to the university’s ongoing transformation program.

“It’s beneficial to both sides. The employee can see that they’re going to get great development and great exposure to a leading-edge project that probably very few companies in Perth will be doing. But then that training also uplifts skills, and that benefits Curtin as an organisation,” he says.

This structure seems to be the hook that not only gets people on board but also keeps them on board, according to Cowie. “We’ve got the transformation program up, we’ve got the training program up, and that’s linking our internal people to development and retention,” he says.

Like Cowie, Coxon often faces stiff competition from other potential recruiters in his local market. However, in a lot of cases the biggest barrier to finding and taking on new IT talent is the determination of incumbent employers to hold onto their employees, keeping them by offering a higher salary.

Coxon’s ideal mix of elements with which to lure in new recruits aligns closely with Cowie’s ‘triangle’ of drawcard features – a competitive salary, interesting work and a great culture.

The employment of recruitment referral rewards internally often helps the process along. But so has the company’s move to take advantage of the hybrid work trend that has arisen in the wake of the pandemic by making the most of opportunities to employ talent in regional parts of Victoria, Queensland, New South Wales and even Western Australia.

“That opens up a range of individuals that we wouldn’t normally be able to employ, which has been fantastic,” Coxon tells CIO Australia.

Indeed, Coxon and his team have taken the hybrid work trend to heart, giving employees the flexibility to work in the way that best suits their individual needs. But Coxon is aware that there is more at stake. Indeed, he understands the value of empathy in management, as noted by Kumar, and works to bring that into his own role as a manager of a team of high-level IT professionals.

“My role as a co-founder and chief product officer means that I need to be able to be there for my people for whatever it is that that they want to do, want to achieve, want to have. So, for me, to be the support to my people and to be that highly empathetic ear on what’s making them tick and what’s making them drive, what’s challenging them in a good way, what’s challenging them in a bad way, is going to be super important,” Coxon says.

Leon Spencer is a technology industry journalist and communications advisor. He has written for a variety of enterprise IT publications, including ZDNet, ARN, Reseller News, and Channel Asia, and has been the editor of Foundry's channel publications across Asia Pacific.