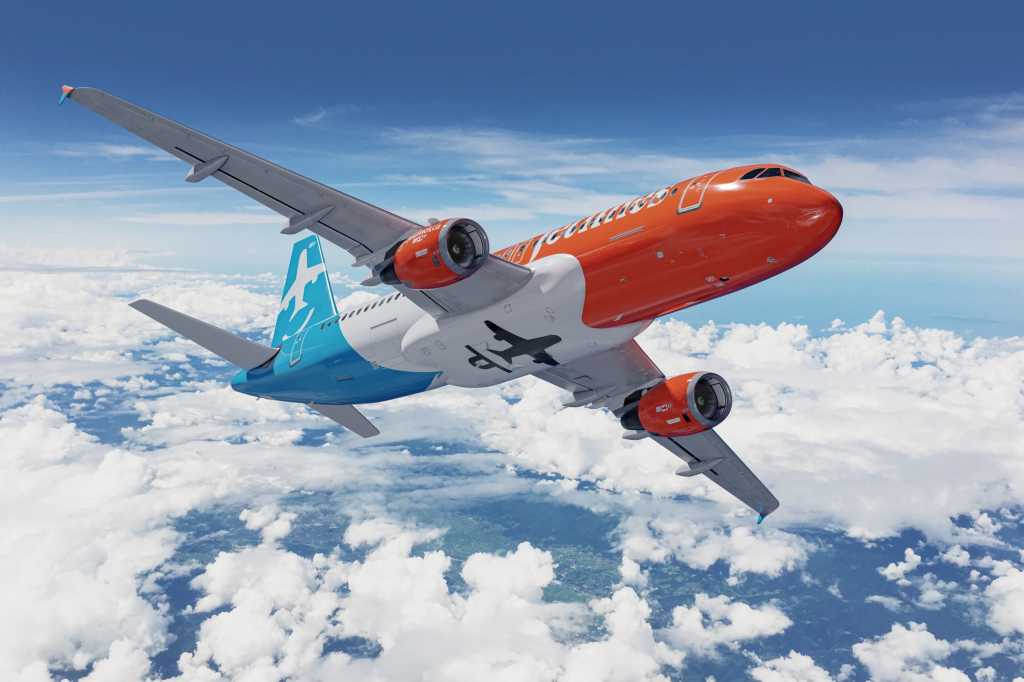 Canada’s newest airline will head directly for the clouds on its maiden flight this summer, running the entirety of its IT system on cloud computing.

“Everything here is cloud. We’re a cloud-first organization. I have absolutely nothing on-prem anywhere or anything co-located,” says Robert Pope, CIO of Canada Jetlines.

Launching a new leisure carrier in an ongoing pandemic could be a bumpy ride. But Pope says cloud computing will help Jetlines navigate potential market turbulence, by allowing it to keep operations nimble and forgo the expense of traditional on-prem IT.

“You can really put in systems that help with automating processes, that help you with controlling costs as you’re scaling the organization,” Pope says. “There’s the upfront cost saving of not having to put in the capital outlay to get up and running. You can really tie (cloud cost) into your usage and scale it as you grow, as well.”

According to analyst Bryan Terry, the cloud is being adopted across the global airline sector. Startups, however, have an edge over large carriers because they don’t carry the extra baggage of legacy IT, says Terry, managing director and global aviation leader at Deloitte.

“Startups have no technical debt. They’re starting from a white sheet of paper and they’re smaller in size and complexity,” says Terry. “So they can actually leapfrog legacy airlines who are reliant on legacy technology to stand up cloud-native solutions from the start.”

Pope describes Jetlines’ IT as a blend of public and private cloud solutions deployed and integrated across all facets of its operations. Its core airline IT system is provided by SysAIO, a vendor of SaaS-based aviation software headquartered in Ottawa. Miami-based TRAX is providing Jetlines with mobile and cloud-based solutions for fleet management and maintenance.

Although Jetlines must use a few legacy applications favoured by some of its key airline industry partners (Pope mentions “XML and messaging type things”), the rest is cloud-based.

That means everything from recruiting and HR to marketing and ticket booking; from pilot training modules to flight crew scheduling; from aircraft maintenance to departure control systems at the airport.

Beyond using the cloud to create operational efficiencies on the back end, Jetlines aims to harness the cloud for the in-flight customer experience as well.

For example, Jetlines passengers can use Flymingo Box (a wireless solution from French vendor Moment) to connect to a local cloud service and stream in-flight entertainment content on their own mobile devices instead of seatback-mounted screens. They can also scan a QR code to get a real-time inventory of onboard catering options, then order food and drinks directly from their seat on their mobile device.

Is Canada Jetlines the first airline to run its entire operations in the cloud? Although Terry won’t comment on specific companies, he says there are probably a few carriers in the world running entirely on cloud IT.

“Am I aware of any airline that is 100 % on-prem free? I am not. But I would be surprised if there aren’t (other) airlines who are in that situation,” says Terry, noting any cloud-only carriers “would typically be small startups” like Jetlines.

As with any IT, cybersecurity is a big concern when adopting cloud-based services. Pope says security vetting was top-of-mind when selecting cloud vendors for Jetlines.

He lists additional security measures that include corporate-issued devices, MDM software, antivirus updates, vigilant patching, and single sign-on access authenticated through a centralized active directory. Pope has adopted a Zero Trust approach that grants the lowest degree of privileges to the fewest number of users necessary.

Aside from cybersecurity, uptime is another critical issue for airlines using the cloud.

In a 2019 report, the U.S. Government Accountability Office warned that the airline sector’s increasing reliance on third-party IT services heightens the risk of disruption to the travel industry and its customers.

“Airlines’ IT investment decisions … are internal business decisions. Yet when these (third-party) systems fail, they can delay or cancel flights and result in out-of-pocket expenses for passengers,” the G.A.O. stated.

And in a 2021 study, the World Economic Forum sounded the alarm over increased complexity and interconnectedness in the airline IT ecosystem, cautioning that it could potentially weaken cybersecurity throughout the aviation sector.

To mitigate the outage and cybersecurity risks that come with the cloud, Terry says many airlines painstakingly vet their main cloud vendor – but also choose a second provider as a failsafe.

“With the (cloud) selection, all of the airlines have been very careful who they make bets on,” says Terry. “Most airlines that we see will not just make a primary bet, but they’ll also make a secondary bet … (on) a secondary hosted service that would enable them to minimize the disruption.”

Pope says Jetlines is using “a heavy gigabit pipe” from one service provider and has “redundancy with a second carrier, again with a gigabit pipe.” He says everything at Jetlines “is all backed up,” noting every SaaS solution Jetlines uses (including Teams, Office 365, OneDrive and SharePoint) automatically backs up data in the cloud.

In a recent news release, Jetlines changed the target date for its inaugural flight from July 1 (the Canada Day national holiday) to “summer of 2022.” Its Airbus320 fleet will depart Toronto’s Pearson International Airport for destinations in Canada, the U.S., Mexico and the Caribbean. When it does, Jetlines will fly straight into some daunting headwinds: the lingering pandemic, war in Ukraine, a global inflation crisis, and sky-high fuel prices.

While Pope is counting on cloud computing to safely navigate Jetlines around those challenges, he possesses one asset that could help any startup carrier out of a jam: a commercial pilot’s licence. Unlike most airline CIOs, Pope could literally take control of a plane and fly it, if necessary. He doesn’t anticipate it ever will be, in his current IT executive gig.

“I haven’t really flown seriously for a while,” Pope laughs, “but I still fly recreationally.”