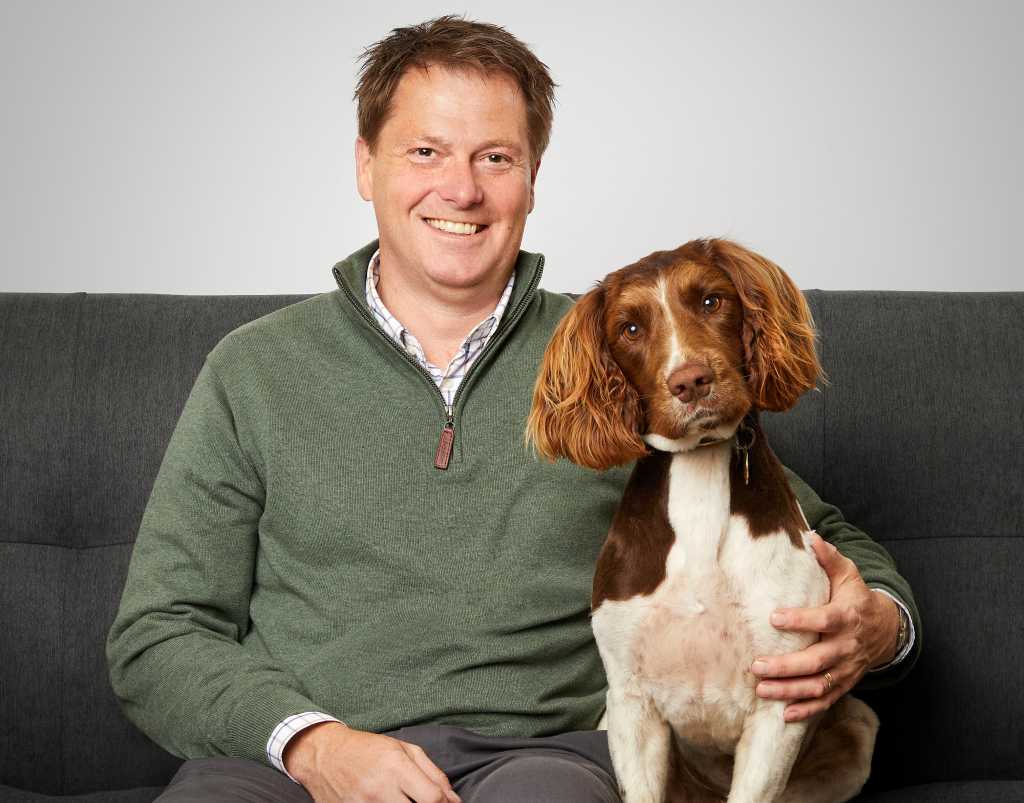 At a time when other IT leaders have been forced to scale back investments, shuffle projects, and make do with limited resources, Pets at Home’s CIO William Hewish, finds himself mid-transformation, hiring in IT teams, and investing in technology more than ever before.

Booming pet sales, a fledgling veterinary practice, and the return of dog grooming services have seen the FTSE250-listed pet supply retailer outperform forecasts, even during COVID-19.

“Last year was the first time in the company’s history that we invested more in technology than we invested in anything else,” says Hewish, who describes his own role as half “running the business with the rest of the executive team” and half overseeing technology and technology teams.

“That’s quite a thing for a store-based business – we’ve got 450-odd stores and 460-odd practices – to be spending more on your technology than you are on the fabric of that. It’s quite a big leap.”

Hewish, the former IT chief of United Utilities and Severn Trent Water, says he now finds himself in the middle of a noisy digital transformation, with approximately 45 projects up and running.

Deemed an essential retailer throughout COVID-19 by the UK government, and thus able to keep its bricks-and-mortar stores open, Pets at Home has continued to grow and deliver upbeat presentations on profit while moving to online, click-and-collect orders. Groom Rooms and pet sales were paused for a short duration but have since resumed.

The group reported revenue growth of 18% to £677.7 million in its interim FY22 results, driven by retail, omnichannel, the veterinary business, and subscriptions to pet care plans and membership clubs. In its statement, the company attributed part of the growth to stronger than expected and continuing growth in the pet population.

Hewish says the firm benefitted from dedicated resources built out before March 2020, as the pandemic took told. He had already onboarded a new RPA/automation team, implemented a digital development function, solidified his service desk, and hired a business change function, because “it’s not just about the tech, it’s about how you land that change as well.”

A separate data team reporting to Hewish’s peer, the chief data officer, was already in place.

“Because those capabilities had been built before we moved into the pandemic, it meant that we could be really agile during the pandemic, to pivot our business, and to react to the changes,” he says.

Hewish says that the “blur” between digital and physical was already well underway in retail and that the firm “experienced an enormous rush to digital and online orders.”

Pets at Home developers built a new contactless collection system using its mobile app and QR codes, which was deployed across stores within weeks. The chain also implemented store delivery and click-and-collect services, while customers could speak with branch members on the phone through Pet Expert Live. Its Vet Connection service also links customers needing vet advice digitally to vets and veterinary nurses.

Hewish has made it a priority to develop services in-house and to collaborate with store colleagues. The group’s Pole Star project has seen it build a new digital platform to “recreate every single interaction” Pets at Home has with a customer.

“We’re going to own the customer journey from end to end,” Hewish says. To do this, Pets at Home delivery teams are building the platform, the application, the website, and booking platforms – “everything that sits underneath for the whole business.”

The rationale behind such a decision was twofold, says Hewish. The complexity of Pets at Home as a retailer, vet, dog grooming service, and a handful of related digital businesses meant it couldn’t adequately acquire an off-the-shelf solution. It also needed to manage a consistent customer experience across the board.

Pets at Home is implementing SaaS platforms that are microservices, API-first, cloud-native and headless (from MACH alliance vendors), hosted in the Microsoft Azure ecosystem. Programmers are developing natively on the platform, using the latest .NET technologies to bring SaaS APIs and services together to create unique customer experiences while front-end teams work with React and Optimizely for website development and Swift and Kotlin to develop internal applications.

Another of Hewish’s projects sees the IT team working collaboratively with store colleagues on the deployment of digital technology for retail outlets. In a proof-of-concept trial in Liverpool, handset devices from retail specialist Zebra are being used to digitize stock checking and customer order fulfilment.

The handsets run on Google’s Android operating system and incorporate dual-facing cameras, a barcode scanner, and NFC functionality for future in-aisle payment. Pets at Home has developed internal applications on the devices and used the Kotlin programming language to build functionality upon Microsoft products, such as Teams. The device also connects to Polestar so staff can leverage data and insights on the company’s pets and pet care products.

Having development teams physically in stores means they can get immediate feedback from the retail employees who will be using the technology.

“They get the latest version of the app, walk out onto the shop floor and talk to the store manager, or one of the colleagues, and show them what they’ve done,” Hewish says.

“The colleague typically goes, ‘Wow, that’s really good – but that’s not how the conversation goes when you’re talking to a customer, it needs to go this way around’. So, they walk back into the office, recode it and they come back out.”

“That co-creation has been brilliant. Our developers love it and obviously our store colleagues love it too because what comes out the other side is something that is really usable.”

Hewish says his teams employ a mix of agile and waterfall methodologies.

“You don’t want the big bang, you want slight alterations and changes, so you don’t have this big retraining … deployment … or testing effort. It’s just much safer and faster.”

As such, Pets at Home is moving towards agile for faster projects and smaller releases, multiple times a week.

“We’re big on agile, we’re cloud-first and … the new stuff we’re building in Azure,” he says, adding that legacy finance workloads are also migrating to the Microsoft platform. “We’ve got some cloud providers… SuccessFactors is one, Salesforce we use in our contact centre … and our data sits in GCP, which is awesome for data. So it’s definitely multi-cloud, but it’s a cloud-first strategy.”

Hewish says Pets at Home does rely on a degree of two-speed IT, mixing new and older technologies – citing SAP databases as one such example – but he believes CIOs need to “think less of overplaying the legacy card.”

“We call it legacy but it was the right thing … for the business at that point in time. You need a strategy, which is around building new digital platforms and strangling the old.”

Pets at Home has a “strangulation strategy,” which sees new features get switched off on older systems.

“In the background, we retire the old functionality and keep doing that as each squad brings new things online until we strangle the old platform – surrounding it with the new platform, and we can then flow all customers entirely through the new platform and switch the old one off altogether.”

Hewish’s immediate attention is focused on continuing a “noisy” transformation, keeping pace with heightened business expectations as well as recruiting agile professionals and scrum masters. He’s also keenly aware of retaining some semblance of culture in a world of hybrid and remote work and continuing promising work on diversity and inclusion – 36% of the IT team are women and Hewish is a co-sponsor of the company’s gender diversity network.

“We’re at the peak [of transformation] … the projects are really noisy,” says Hewish, who started his career as a management trainee at wholesaler Booker, before climbing the ranks of project management.

“The next 12 months are going to be hard, and the team are braced. I’m still recruiting and expanding the team – we’re about three times the size compared to when I started [in 2018]. By the end of the year, our platforms should be in play. So the hard work of the plumbing should be done and then we’re onto the icing on the cake – the nice changes and features, and being able to make a change and see a reaction from customers straightaway.”